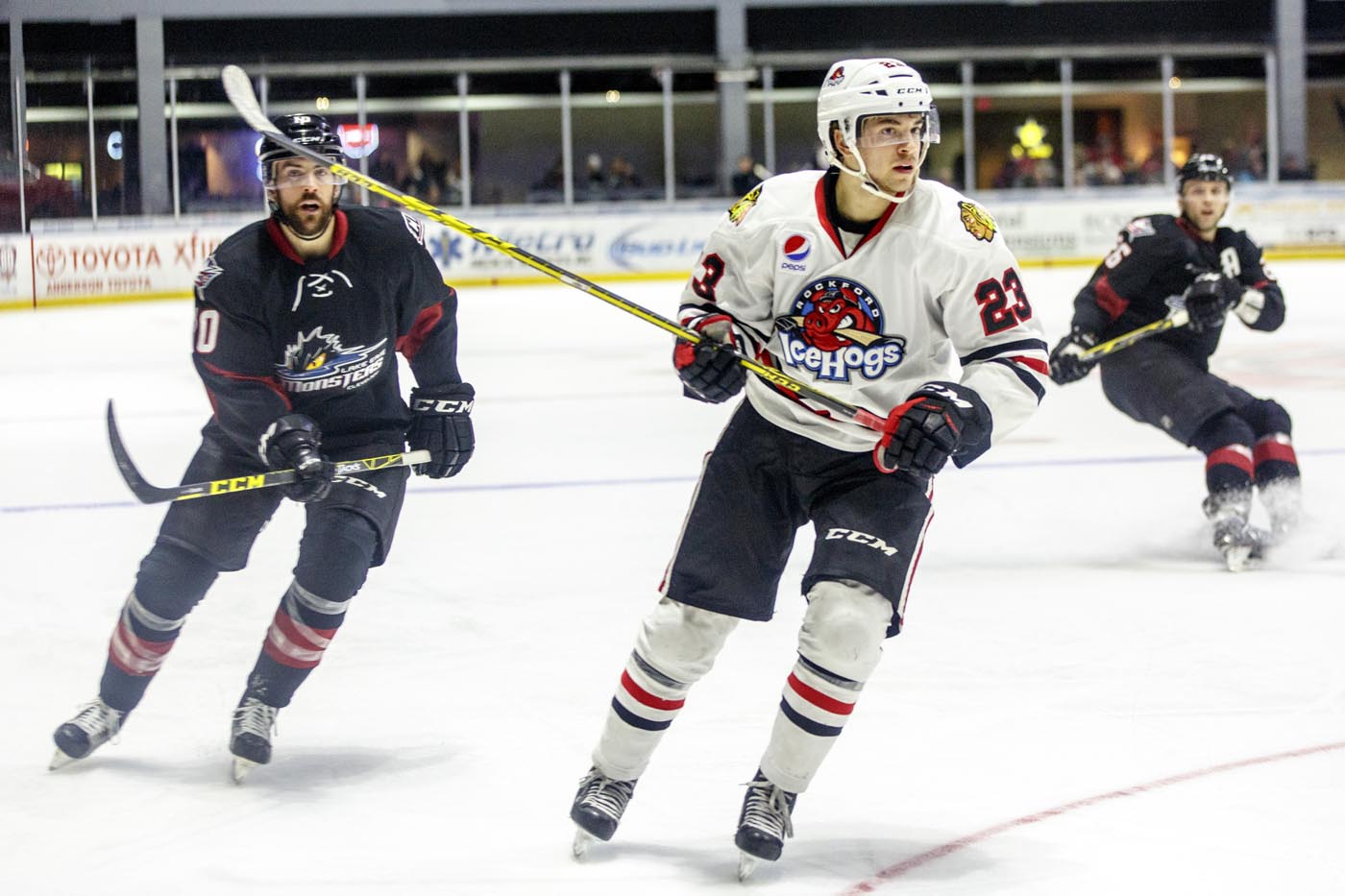 ROCKFORD, IL – In the final game of the team’s season-long, ten-game road trip, Cleveland’s Lake Erie Monsters were defeated by the Rockford IceHogs on Monday at the BMO Harris Bank Center in Rockford, IL by a final score of 3-1.

With the loss, the Monsters fell to 20-14-3-3 overall this season and with a .575 points percentage, remain alone in fifth place in the AHL’s Central Division standings.

After a scoreless opening frame, the IceHogs posted back-to-back second period tallies, from Vincent Hinostroza at even-strength at 8:53 and Kirill Gotovets on the power-play at 19:00.

In the third, Oliver Bjorkstrand put the Monsters on the board with an even-strength wrist shot at 12:46, assisted by Alex Broadhurst, but a Bryan Bickell empty-net marker at 19:03 supplied Rockford with their 3-1 final margin of victory.

Anton Forsberg stopped 22 of the 24 pucks he faced for the Monsters in his second consecutive start for Lake Erie since his reassignment by the NHL’s Columbus Blue Jackets on Friday, while Michael Leighton earned his 20th win of the season in net for the IceHogs by virtue of a 26-save performance.

Next up for the Monsters, it’s a Wednesday home clash vs. the Grand Rapids Griffins with full coverage from The Q underway at 7:00 pm.