Monsters Clinch AHL Playoff Spot, Will Battle Syracuse in the First Round 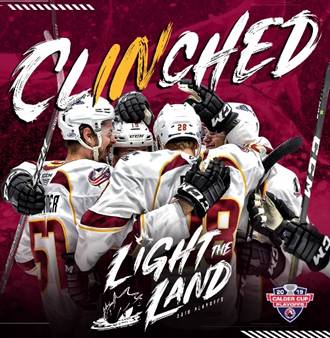 The Cleveland Monsters are heading to the AHL Playoffs, as Sunday the team clinched their third AHL playoff appearance in team history.

The club earned a win against the Toronto Marlies, putting them into the postseason where they will battle the Syracuse Crunch.

The first round matchup against the Crunch will start on Friday night on the road, with a second game on Saturday before the team is back at Rocket Mortgage FieldHouse on Tuesday, April 23rd at 7:30 p.m.

The series is a best-of-five, so if a game four is necessary, it will take place on Thursday, April 25th at 7:00 p.m.

Here’s the complete best-of-five slate against the Crunch:

Do You Like the New the Reported Name Change of the Q to Rocket Mortgage Fieldhouse?
Monsters Moving On, Top Syracuse Crunch 3-0 to Advance to North Division Finals Against Toronto