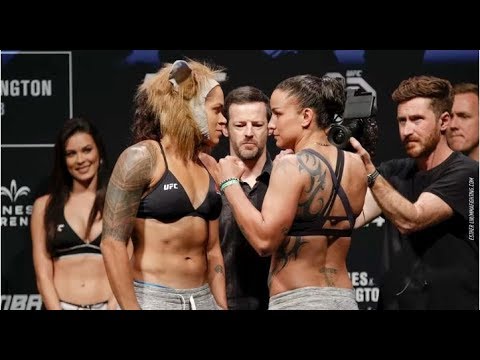 BRAZIL – UFC 224 was originally tagged as an all Brazil “SuperCard”, with Amanda Nunes and Cyborg competing in a Dream Fight between the two most accomplished Women’s fighters of all time to come out of Brazil.  That was scrapped however when Cyborg took a last second fight in March, creating the new main event of Amanda Nunes defending her Bantamweight championship against Raquel Pennington.

Pennington is a very dangerous fighter who could easily walk away with the title tonight in front of stunned crowd.  This scribe wouldn’t be stunned however, and that is why I’m predicting Pennington to pull off the upset.

The challenger has key victories over Jessica Andrade, Bethe Correia, and Miesha Tate.  While her record of 9-5 isn’t exactly anything to write home about, I feel strongly that her best days are yet to come, starting tonight with a big win over Nunes.

To her credit, Nunes has been one of the most dominant competitors the UFC has seen in a long time. Since entering the UFC she has been on a run that has seen her finish Sheila Graff, Germaine de Randamie, Shayna Baszler, Sara McMann, Miesha Tate and Ronda Rousey.  In fact, the only women to take her the distance was Valentina Shevchenko (twice).

However, her last finish was against a rusty and out of shape Rousey back in 2016.  It has been nearly 18 months since she has put anyone away.  Pennington is ready to strike on the vulnerable champion.  I foresee Pennington catching her early and often and putting her away by TKO after the second round. 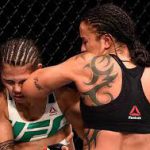 The title fight is just one of 5 solid fights on the main card.  Here are some quick predictions on the rest of the main card bouts.