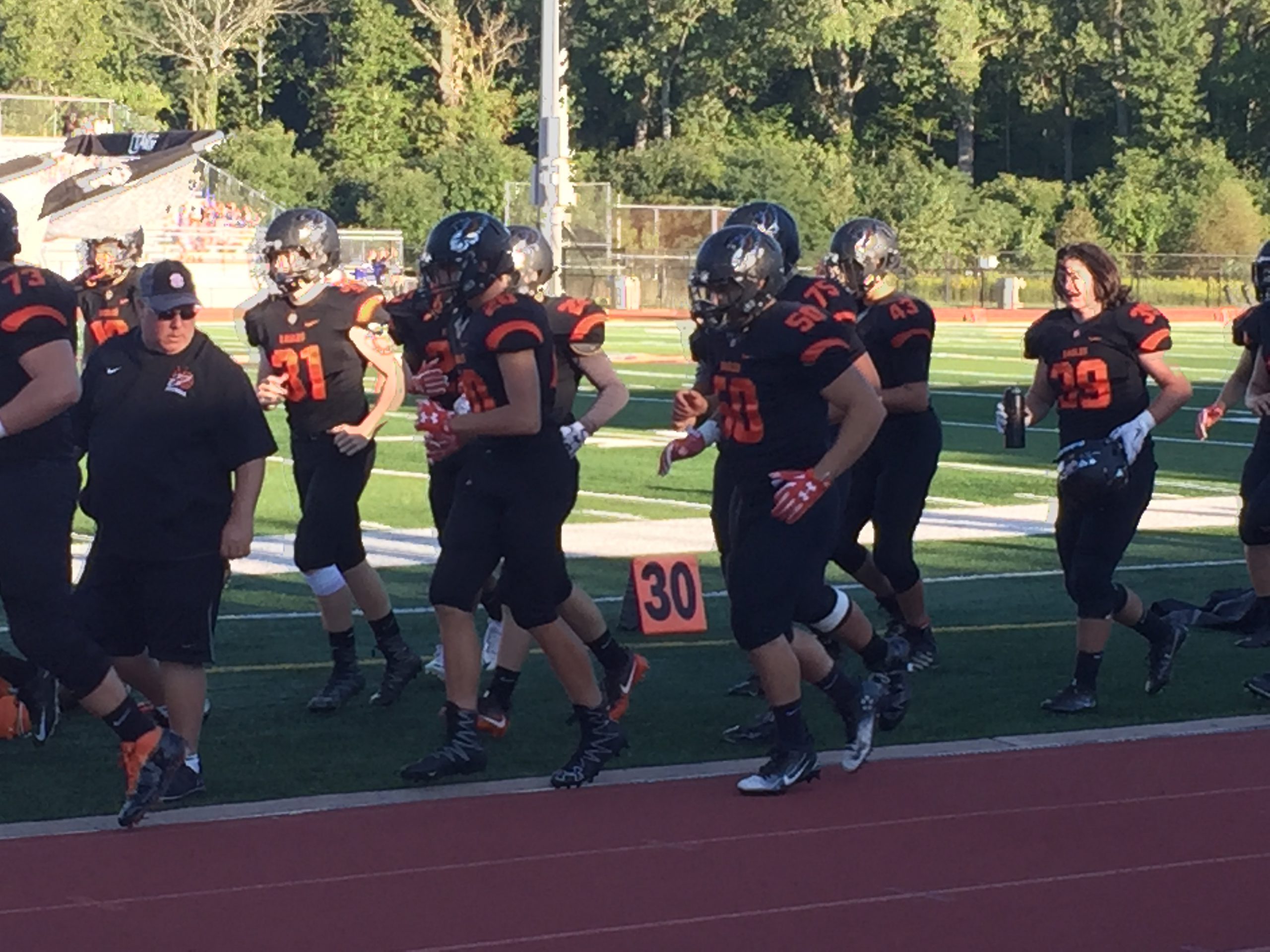 This high school game recap is presented by The Learned Owl

Midview had a rough start to the game with two penalties that drove them back and wiping out some impressive runs and a good throw by QB Dustin Crum. On fourth and two, Crum kept the ball but couldn’t covert as North Olmsted took over on downs. After a three and out by North Olmsted, Midview decided to turn to the run game. RB Connor Wolfe with two impressive runs for 12 and 9 yards. Both runs resulted in first downs.

The second quarter started off with a Midview interception inside the 30-yard line but a penalty put them back at the 45. A three play drive capped off by a 19-yard Crum to WR Seth Sanders touchdown put the Middies up 13-0 after a missed extra point attempt. RB Alec Forrer ran the ball in from the three-yard line on the next Middie possession and went up 20-0 and with under a minute left in the first half, Crum found Johnson again and increased their lead to 27-0.

North Olmsted couldn’t find any rhythm or answer against this Midview team. They only had two first downs in the first half and one was due to a facemask call against the Middies and two interceptions. Besides the 28-yard pass from Maximovich, the offense didn’t produce and big plays when they needed them and the defense couldn’t contain Crum as he ran and threw on them with ease.

The Eagles came out strong as they drove all the way down to the Midview four-yard line before RB Chris Jones ran the ball in for the team’s first score of the game making the score 27-6. They also did a better job of containing Crum but Wolfe was running through their defense with no problem. He carried the team down to the two-yard line where Crum threw a touchdown pass to WR Luke Hunt to end the third quarter with a score of 34-6.

Wolfe continued to run hard through the tackles as the Middies ran down to the two-yard line for yet another touchdown pass from Crum to TE Brandon Gilchrist to make the score 41-6. There wasn’t enough time for the Eagles to catch up as Midview dominated on both sides of the ball the entire game.

The Player of the game was Midview QB Dustin Crum who had 18-27 with 239 and 5 passing touchdowns.