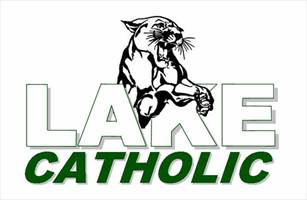 The Lake Catholic Cougars have announced that they have forfeited their opening night game scheduled for Saturday August 27, vs Toledo St John as a self- imposed disciplinary action stemming from an alleged hazing incident.

Lake Catholic had issued a 1-game suspension to numerous student athletes making them unable to field enough players to take the field vs Toledo St John.