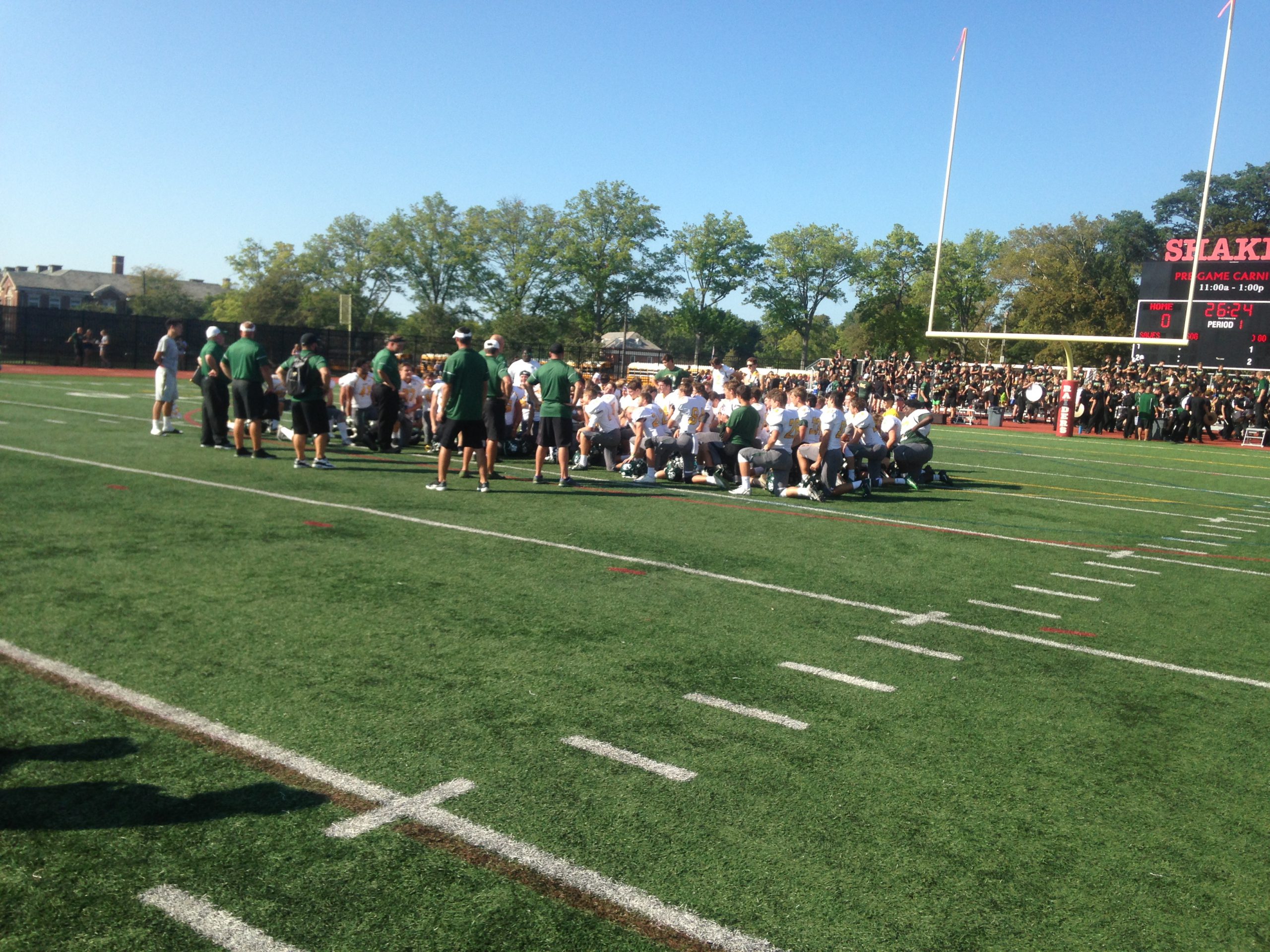 Shaker Heights, Ohio – Senior wide receiver Dylan Fultz, in his first game of the season, had 18 carries for 126 yards and a pair of touchdowns, as visiting Medina captured their first conference win, defeating host Shaker Heights, 36-22.

The Red Raiders would answer back when Jamir Dismukes found Micah Hills for a 5-yard touchdown reception. Hills would catch the ensuing two-point play to cut Medina’s lead in half at 16-8.

Dismukes would also come up big on defense, picking off a pass and returning it 98 yards to the end zone to cut Medina’s lead to 16-14.

After a Dylan Fultz touchdown run in the second quarter, Shaker Heights would march down the field, capping off their drive with a 15-yard touchdown reception from Micah Hills, his second of the game. The ensuing two-point conversion was successful, and both teams went into the half deadlocked at 22.

The game had the look of a high-scoring affair. However, the Medina defense came up big in the second half, pitching a shutout.

Senior defensive end Daniel Radabaugh sacked Jamir Dismukes in the end zone to put Medina ahead 24-22 in the third quarter.

Medina fended off drive after drive, stalling Shaker Heights’ momentum. On 4th down, with 2:35 left, senior Levi Pokersnik scampered for an 11-yard TD. Medina missed the ensuing two-point conversion, and the door was left open for Shaker Heights to make one more attempt.

Jamir Dismukes completed four passes to move the Red Raiders inside the ten yard line, but senior defensive back Anthony Lebada recovered a fumble and returned it 95 yards to the end zone with 24 seconds left to put the game away for the Bees.

“It was a team effort on defense today. Everyone helped out.” said Lebada.

Levi Pokersnik had 16 carries for 91 yards and two touchdowns to contribute to the winning effort.

“It feels great to come out and get a win today. I love this team. The defense played a hell of a game.” said Pokersnik.

“There were a bunch of times where our offense could have scored, but didn’t. But our defense came up big.” said Dylan Fultz.

“Our kids came together. The heat affected both teams, so it was a battle of attrition.” said Medina head coach Larry Laird. “Our defense stepped up in the second half. Offensively, we have to become more consistent.”