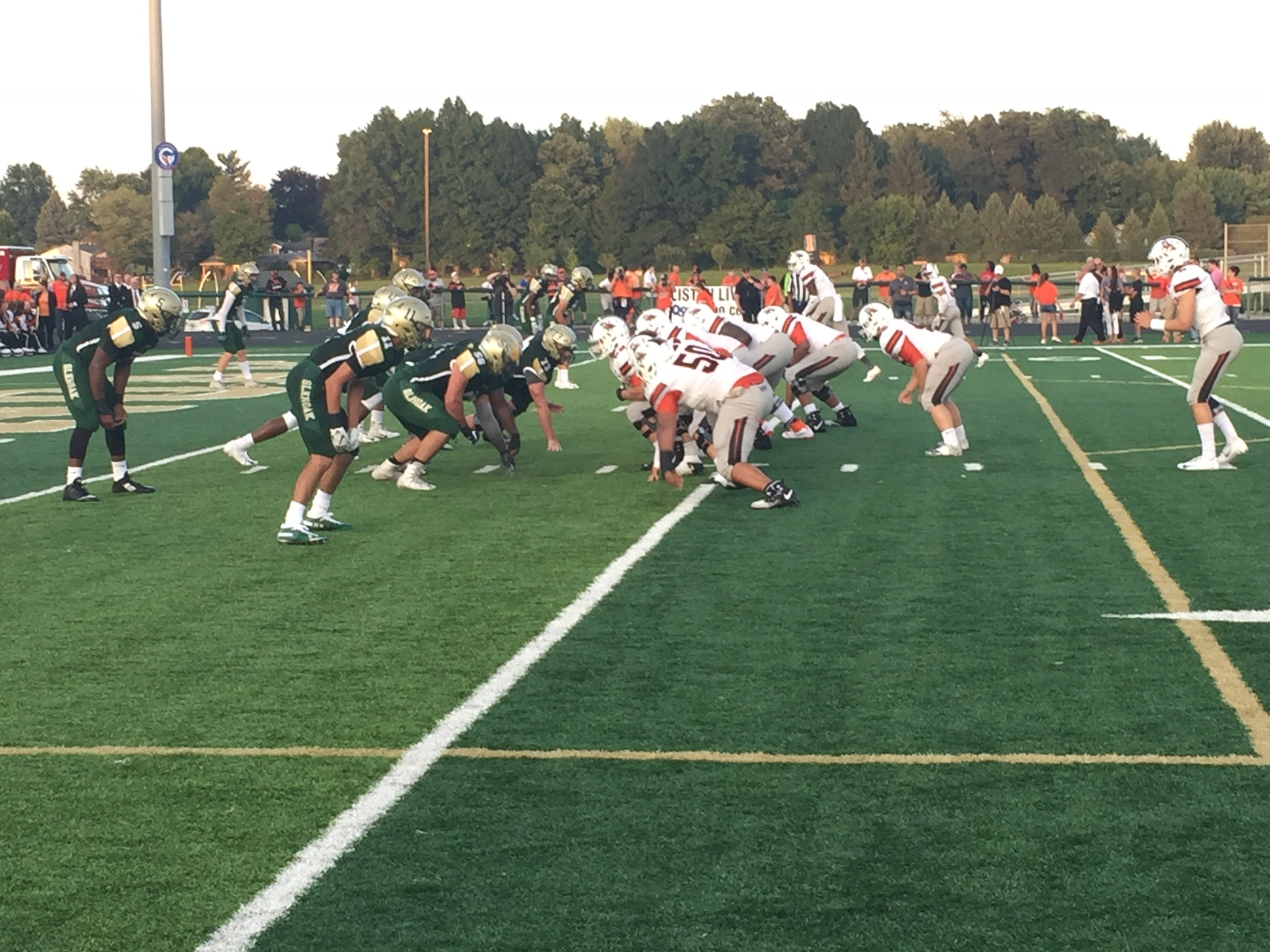 The Massillon Tigers put together an offensive showcase against the GlenOak Golden Eagles, defeating them by a final score of 49-0.

The scoring came early and often for the Tigers (2-0), whereas the Golden Eagles (0-2) struggled to find any sustained success offensively. Certainly not helping matters was the 1st quarter injury on a third down sack to GlenOak’s junior starting quarterback Kindel Richardson. Replacing Richardson was sophomore JT Cooke.

Coming in on the fourth offensive series of the game for the Golden Eagles, Cooke stayed poised throughout the game but had limited production through the air. GlenOak finished the game with 76 yards of total offense, with 65 of them coming from the run game.

Defensively GlenOak certainly had their work cut out for them during this game but managed to force two end zone interceptions from the high-powered Massillon offense. The interceptions were made by sophomore Braydon Fox and Richardson prior to his game ending injury.

The Tigers offense was in midseason form, having two running backs combine for 343 total yards. Zion Phifer, a junior running back ran for 106 yards on eight carries. Senior Jamir Thomas ran for 170 yards and three touchdowns on eleven carries. Thomas’s touchdown runs came on plays of 35,49, and 53 yards all in the first half of play.

Massillon quarterback Aiden Longwell had another impressing outing himself throwing four touchdown passes, completing 8- of – 13 passes for 151 yards and two interceptions. Longwell rifled those touchdown passes to a pair of receivers in sophomore Jaydon Ballard and senior Aydrik Ford.

The final touchdown for the Tigers came from the Massillon reserve unit early in the 4th quarter. Sophomore quarterback Zach Catrone connected on a 12-yard pass to senior receiver Luke Murphy.

GlenOak will take on Imperial Collegiate next week at 7:00 p.m. They are a team from Canada that will be making their second trip to Stark County this season. The team from up north visited the Perry Panthers in week one and lost that game 41-21.

The Tigers completed one of the two games they have away from Paul Brown Tiger Stadium this season. The next time Massillon can be seen on the road will be at Louisville in October. Their next game is against Warren Harding next week at 7:30 p.m.