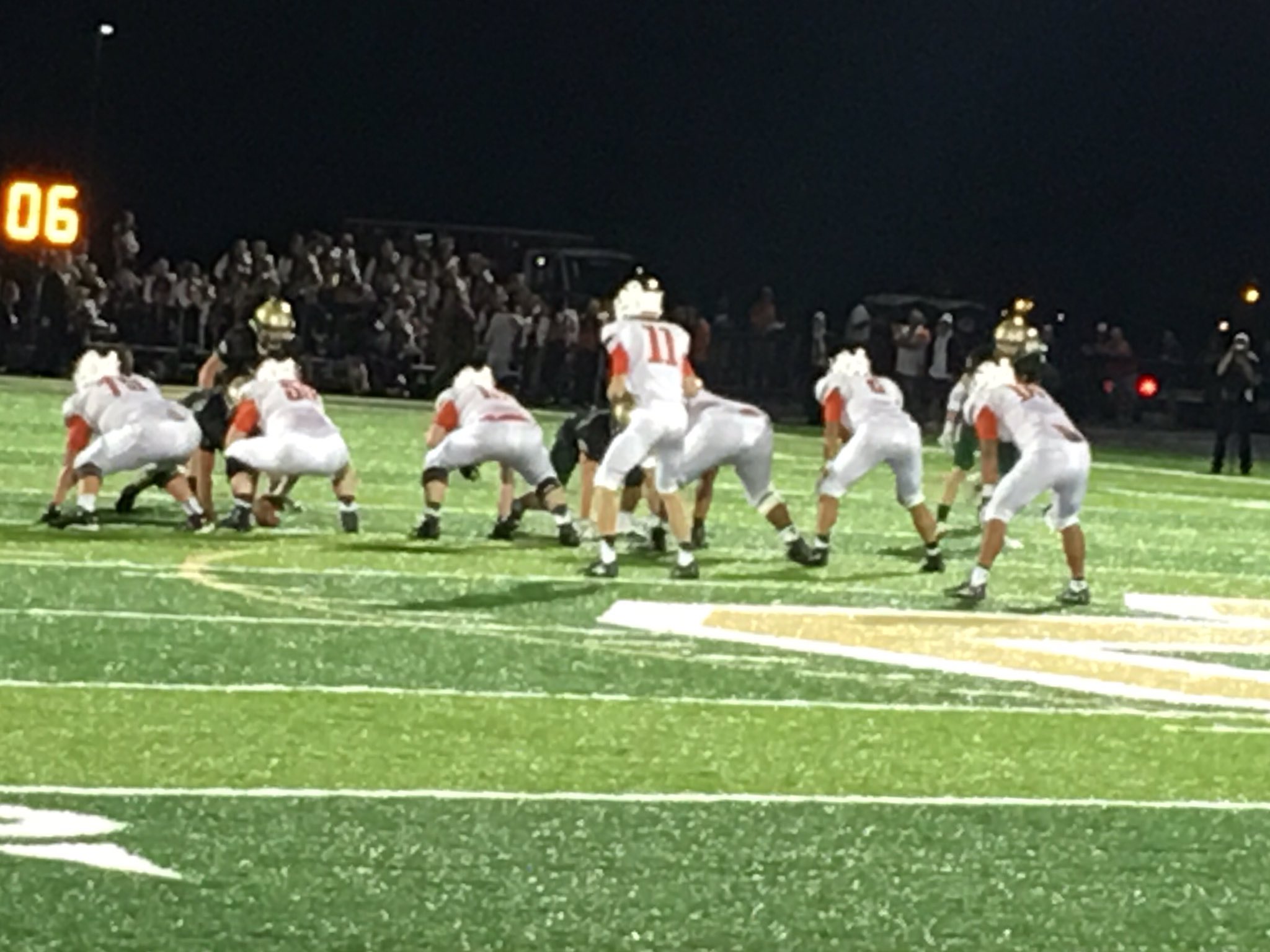 PLAIN TOWNSHIP, OH- The Massillon Tigers bounced back from an early 14-0 deficit to Canton GlenOak, coming from behind to win the Stark County rivalry game 24-21 on Thursday night.

GlenOak jumped out to a 7-0 lead, thanks to junior quarterback Tate Rhoads, who capped off a 60-yard opening drive with a 10-yard touchdown run.

The Golden Eagles would strike again, as senior defensive back Tay Pryor returned an interception 36 yards for a touchdown to make it 14-0 less than four minutes into the game.

The Tigers finally got on the board as time expired in the first quarter, thanks to a two-yard touchdown run from sophomore Jamir Thomas.

The Tigers would trail 14-6 after a missed extra point.

It didn’t take long for GlenOak to answer back, as senior Elijah Ladson broke through for a 26-yard rushing touchdown, making it 21-6 early in the second quarter.

The Tigers marched down the field, setting up Thomas for another two-yard run, his second rushing touchdown of the night, to cut the deficit to eight with 6:18 left in the first half.

Massillon kept momentum on its side, as senior linebacker Jacob Risher came away with an interception to give the Tigers the ball at midfield.

The Tigers would drive down the field, leading to a 31-yard field goal from senior Nate Gregg, which made it 21-16 with 2:56 left in the half.

Both defenses stood their ground for the rest of the half and the Golden Eagles would enter halftime leading by five.

GlenOak quarterback Rhoads was carted off at halftime and would miss the second half due to injury. He was replaced by senior J.J. Olivera.

Neither side could score for the first four minutes of the half, but Massillon took its first lead of the night, thanks to a 31-yard touchdown pass from senior Seth Blankenship to senior Austin Jasinski.

Massillon would lead 24-21 after the successful two-point conversion.

It was a defensive struggle the rest of the way, as GlenOak’s offense could not get going without Rhoads in the game, but the Golden Eagles came up with big stops to keep it a three-point game heading into the fourth quarter.

GlenOak’s defense came through again, as junior Nicky Gliatta III intercepted Blankenship at the goal line to give the Golden Eagles the ball with 8:24 remaining.

The Golden Eagles marched all the way to the Massillon 26-yard line, but were stopped on 4th and 5, giving the Tigers the ball with 2:52 to play.

Massillon fed the ball to Thomas, who sealed the game with a 25-yard run to remove all doubt and give the Tigers the 24-21 victory.

Thomas finished with 105 yards on 27 carries, rushing for two touchdowns on the night.

Massillon improves to 1-1 on the season, while GlenOak falls to 1-1.

The Tigers appear to be in great shape with Thomas as the workhorse running back and the ability to mix in a solid passing game, but GlenOak’s offense was stagnant without Rhoads on the field in the second half.