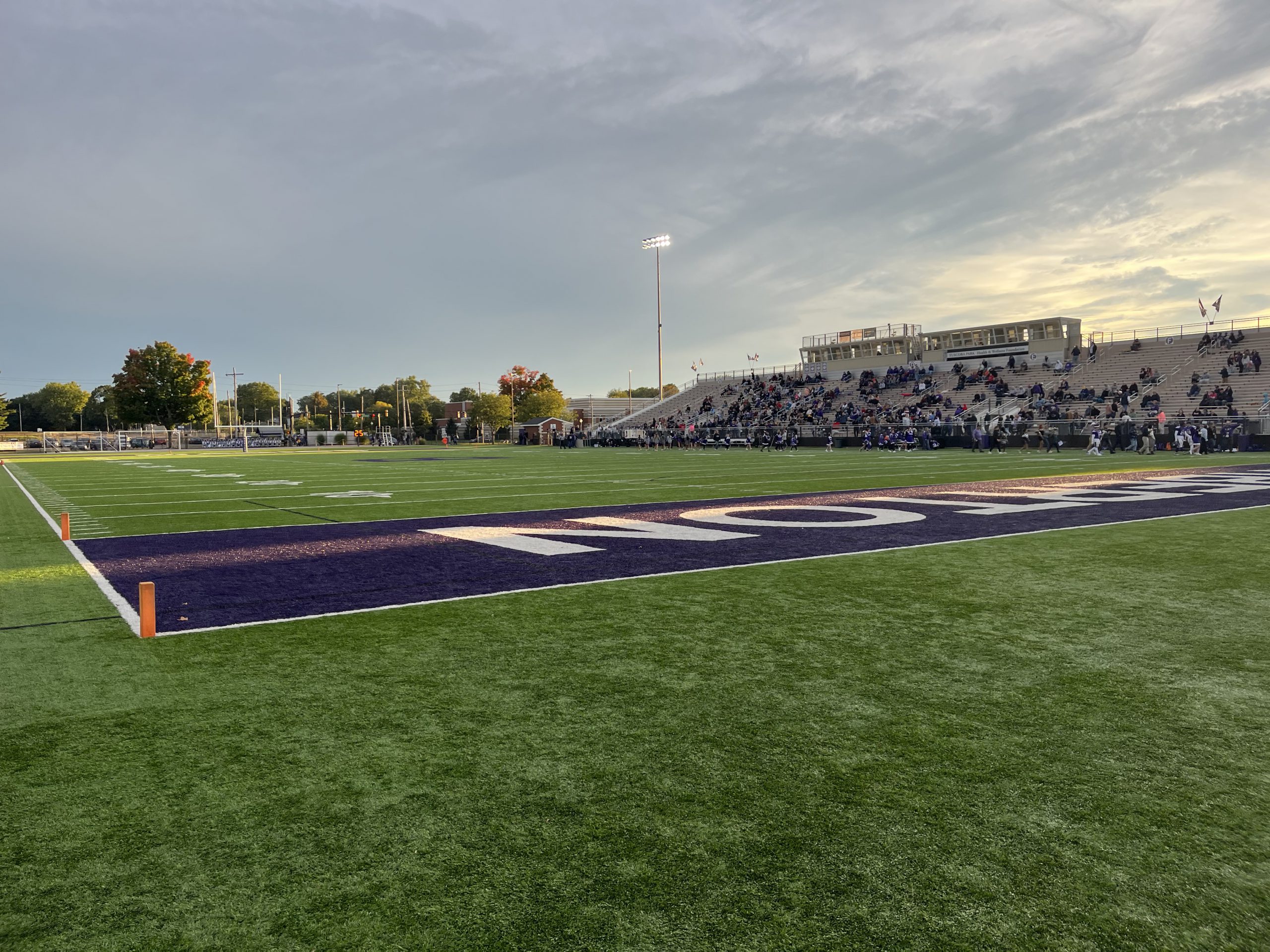 Barberton racked up 277 first half rushing yards in their dominant 55-7 victory over Copley. In only one half of football, Xzavier Macon ran for 219 yards, all Barberton needed to pull away for good. The Magics used their size upfront to pave the way for a win that was really never in doubt.

Before the offense could even hit the field, the special teams came through with a score. After the defense forced a punt, Noah Dehart picked the ball off the turf and ran it back for the Magic touchdown.

After the defense forced another punt, the Barberton offense would strike. In a sign of things to come, the Magics ran the ball six times on their eight-play drive, capped off by a 14-yard scramble from QB Dominic Wilson. Trenton Doerfler knocked through the extra point to make it 14-0 Barberton midway through the first.

On their next drive, Copley would pick up their second first down of the game but were forced to punt again. This time Barberton ran the ball all six plays for a 75-yard touchdown drive, DaJuan Owens scoring from 49 yards out to make it 21-0. 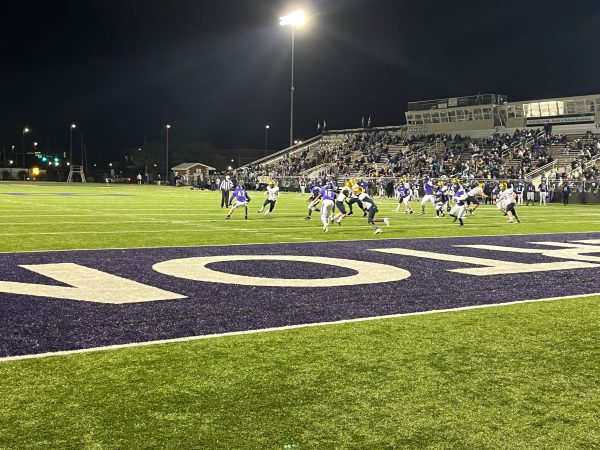 Forcing the Indians punt team onto the field for the fourth time in the quarter, the Magics busted through to block the punt and De’Angelo McNeil scooped it up and ran it in for the score. After the first quarter, the score was 28-0 Barberton.

Less than two minutes into the second, Wilson found Kenneth Larry down the seam for a 21-yard touchdown. On their next possession, Robert Davis took the ball off left tackle for a 42-yard score, extending the Magics lead to 42-0.

Xzavier Macon finished off his dominant first half with his only touchdown, a 57-yard run to give him 219 in the half and Barberton a 48-0 lead. Set up by a 94-yard kick return from Jay Stanford, Copley would finally get on the board. On third and goal, Carter Noel plowed through the line to put the Indians on the board.

The touchdown parade from Barberton wasn’t quite finished yet, as Dominic Wilson scored his second rushing touchdown of the game to make it 55-7 Magics. With a running clock in the second half, things moved quickly and neither team was able to put points on the board. The Indians would threaten with deep drives but were unable to come away with any points. 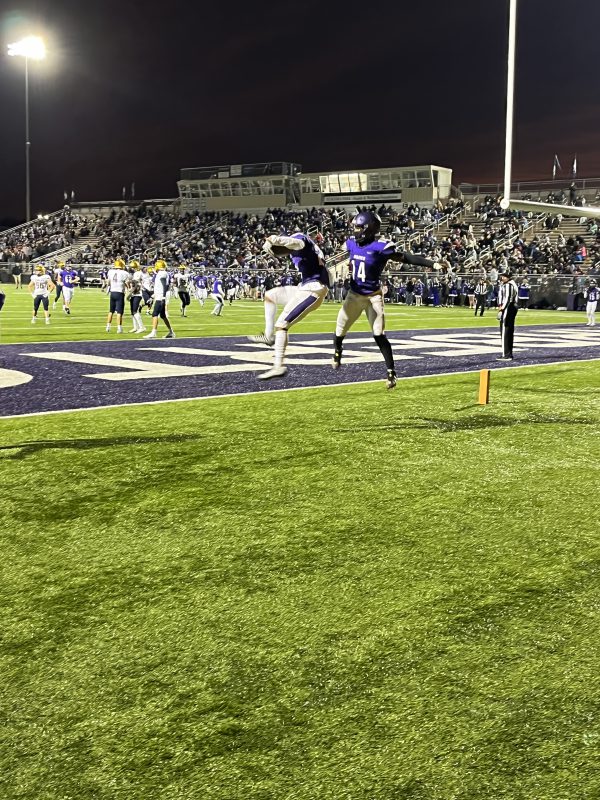 Barberton ran, ran, and ran some more, racking up 277 yards on the ground in the first half. Of 27 first half plays, the Magics ran the ball 22 times and only threw five. At the line of scrimmage, Barberton used their size advantage up front to open holes in the running game all night long.

It was the same story on the other side of the ball. The Magics were just too big upfront and kept the Copley offense off balance all game long. The defense allowed only 52 first half yards and 102 on the game.

While they were already trailing 21-0, an injury to a key Indian doomed the Copley offense. Star QB DaOne Owens went down on a hard hit in the first quarter and didn’t return to the game. A true dual threat, the loss of Owens made a tough test near impossible for the Indians. Best wishes to Owens on a speedy recovery. One of the quarterbacks in the area, he is a treat to watch on Friday nights. 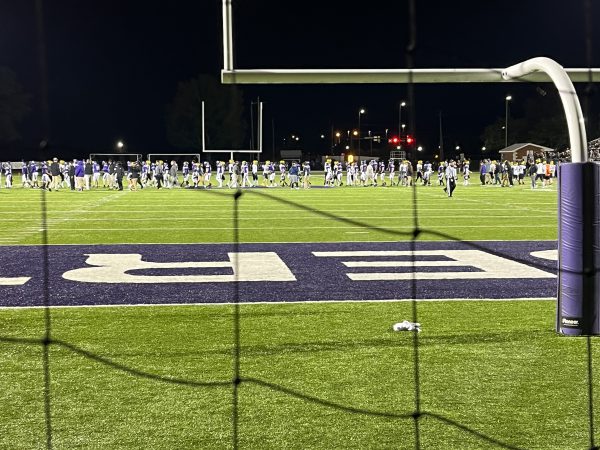 With the win, Barberton advances to 4-3 on the season and is currently the 14 seed in Region 5. Next week, the Magics hit the road to take on Suburban League foe Aurora (6-1).

The loss drops Copley to 2-5 on the year and to the 20th spot in Region 10. Their playoff hopes aren’t quite dashed yet, as the current 16 seed, Lexington, also sits at 2-5. Next week, the Indians square off with Revere (2-5).