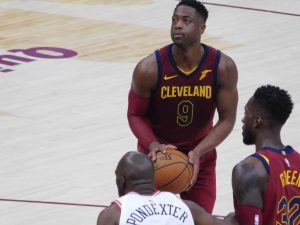 Arguably the only bright spot for the Cavs came in the form of their bench productivity.

They had 62 bench points compared to 17 for Detroit. The second unit was led by Channing Frye with a season-high 20 points and six boards. Also in double-digits off the bench were Dwyane Wade with 18 points, eight rebounds and five assists, and Kyle Korver with 10 points.

With Kevin Love now out for an undetermined amount of time, the Cavs will need more reserve guys to fill the hole he leaves, on offense in particular.