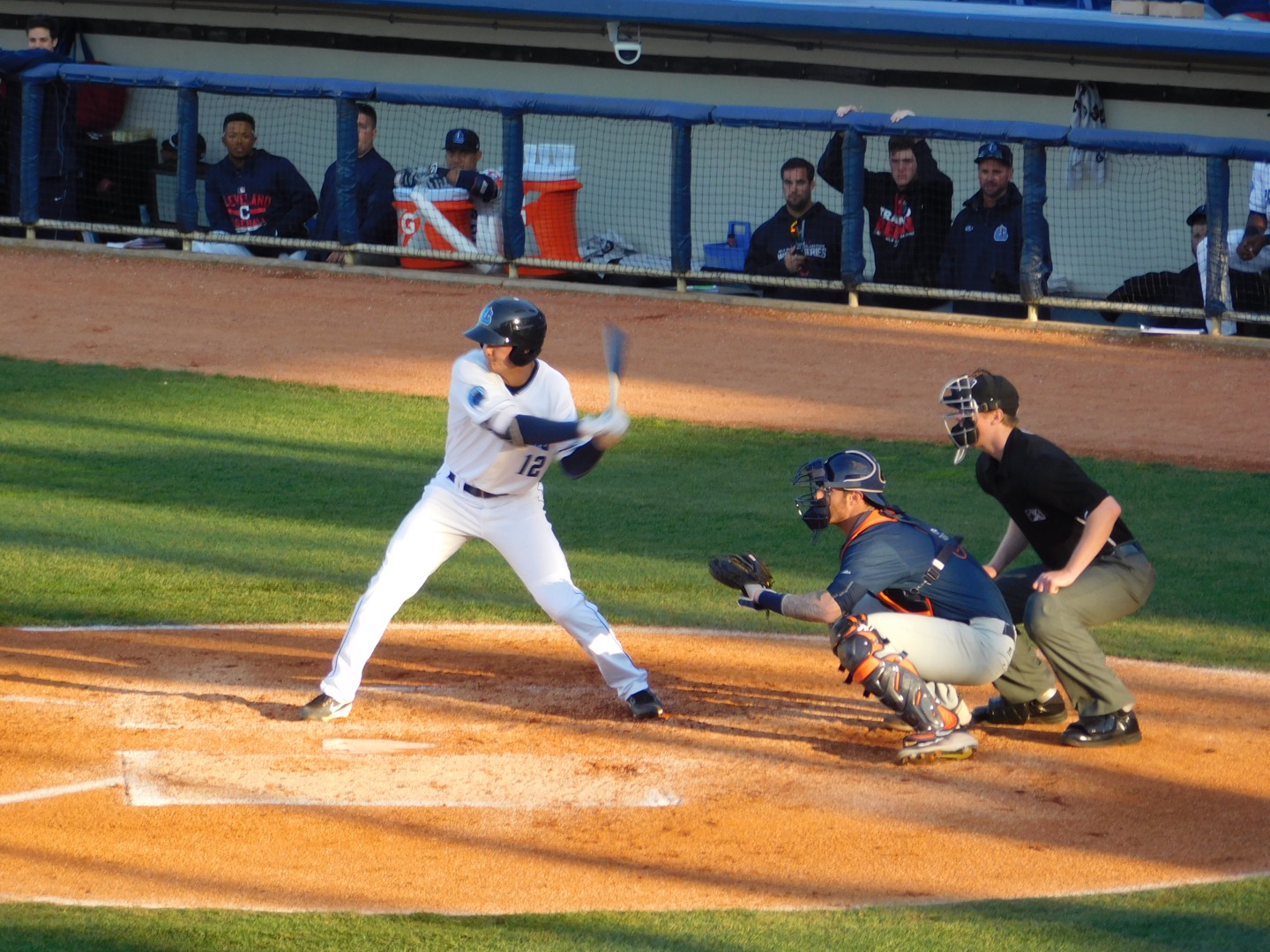 The Captains had their five-game win streak snapped on Friday, and took a tough loss on Saturday, losing in the 9th to the West Michigan Whitecaps by a final of 3-2.

Lake County, held to five hits, will look to avoid the sweep today at 1pm as they wrap up their slate against West Michigan.

Here’s the official recap from the Captains site from Saturday’s loss.

For six innings at Fifth Third Ballpark, it seemed like neither the Lake County Captains (8-7) nor the West Michigan Whitecaps (8-8) would ever score a run again. Both team’s pitching staffs worked around dangerous opportunities and did not allow a run from the third until the bottom of the ninth, when Jake Robson broke the tie and won the game for the Whitecaps. Robson knocked in Will Savage with the game-winning run on a single to right field, giving West Michigan a 3-2 victory.

Before Robson’s game-winner, the Captains danced around three straight platinum chances by the Whitecaps. In the sixth, Josh Lester hit a leadoff single and reached second on a wild pitch with nobody out. Captains reliever Domingo Jimenez escaped trouble, however, inducing a pop out and back-to-back ground outs to keep the game tied at 2-2.

The following inning, the Whitecaps’ offense was at it again. Danny Woodrow worked a walk and Cam Gibson bunted his way on for a single. With nobody out and runners on first and second, Robson lined out to right and Jimenez got Blaise Salter to bounce into an inning-ending double play.

West Michigan’s best chance of the ballgame came in the eighth, but again the Whitecaps could not cash in. Cole Bauml led off with a triple to right-centerfield and the Captains pulled the infield in to cut off the go-ahead run. Jimenez then got Lester to fly out to shallow left field, not nearly deep enough for Bauml to score. Austin Athmann then flared a liner that Lake County second baseman Alexis Pantoja snared with a leaping grab. Ryan came in from the bullpen after Pantoja’s run-saving play. The right-handed reliever got Anthony Pereira to ground out to Luke Wakamatsu at deep shortstop, ending the inning and the threat.

Lake County also let a couple of opportunities go by the wayside. Juan De La Cruz was left stranded at second base after working a one-out walk in the seventh. In the top of the ninth, Todd Isaacs singled and stole second base with one out, but never came around to score. After Wakamatsu struck out, Whitecaps reliever Bryan Garcia walked pinch-hitter Emmanuel Tapia and got Pantoja to ground out to shortstop.

The scoring drought was preceded by a flurry of runs in the first few innings. West Michigan took an early lead in the second inning on an RBI single by Pereira. The Captains answered in the top of the third when Logan Ice ripped a two-RBI single that put Lake County ahead, 2-1. West Michigan tied the game in the bottom of the frame when Robson tripled and scored on a sacrifice fly by Salter.

Captains starter Micah Miniard did not factor in the decision, but he turned in arguably his best start of the year. The right-hander lasted five innings for the first time in 2017 and only gave up two runs on seven hits. Miniard struck out a pair and only walked one Whitecaps hitter. He threw a season-best 70.1% strikes, tossing 61 strikes on 87 pitches.

Garcia (1-2) earned the victory for West Michigan. The right-hander was the third pitcher used by the Whitecaps on Saturday. He pitched the ninth inning and blanked the Captains on one hit and one intentional walk. Garcia struck out one.

Ryan (0-2) took the loss. The Captains’ reliever pitched one inning and allowed one run on one hit. Ryan walked one and did not record a strikeout.

Hear today’s finale for the Captains and Whitecaps at 1pm, but before that tune into ‘Captains Live’ at 12pm and then the action from there – Click the Captains Logo below to be taken to AllSportsCleveland.net where you can hear every pitch!