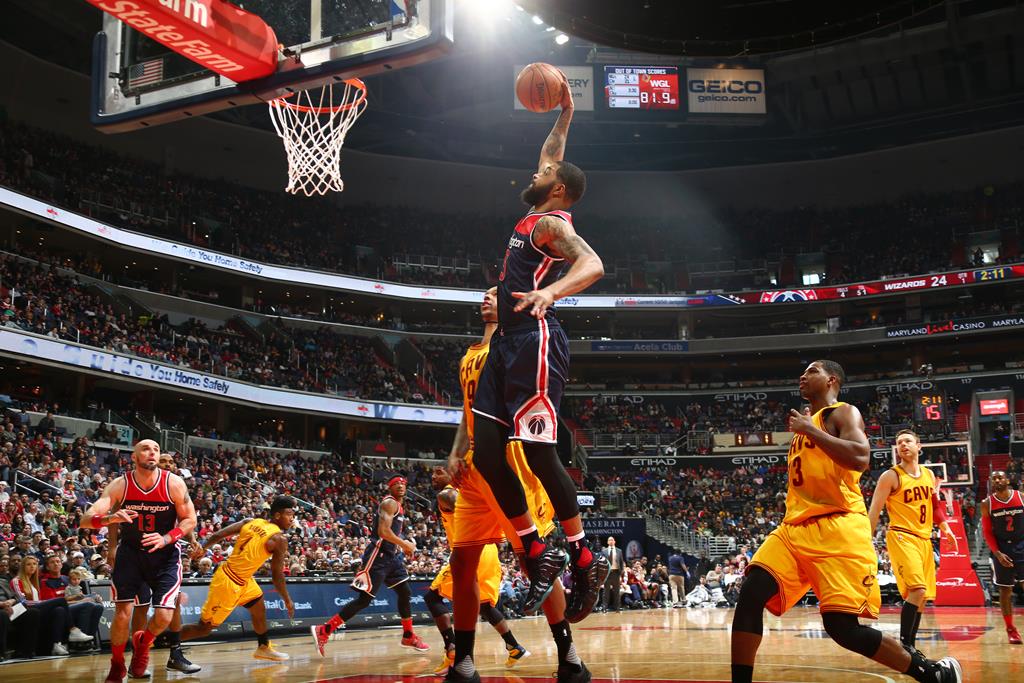 The Cavaliers looked to follow up a disappointing loss from Friday night against Toronto by travelling to Washington D.C. for a Sunday afternoon game against the Wizards.

LeBron James was given the day off to rest and the rest of the team may as well have joined him, as the Cavs fell 113-99.

It was clear from the start the Cavs were not going to win this one. They allowed a season-worst 35 points in the first quarter and entered halftime trailing 63-54.

The Wizards outscored Cleveland 33-16 in the third quarter. The fourth quarter was no different and Washington cruised to the 113-99 victory.

Cleveland has now lost two in a row, three of their last four, and the Cavs are 6-5 over their last 11 games.

This was the third time John Wall had the Cavs’ number this season and the second time the Wizards (28-30) have beaten Cleveland.

Otto Porter Jr. scored 21 points, as well. It was his fourth highest-scoring game of the season.

Bradley Beal scored 17 off the bench.

Kyrie Irving had a good game scoring-wise, putting up a game-high 28 points, but did not receive much help.

Kevin Love shot 4-for-11 from the field, finishing with 12 points.