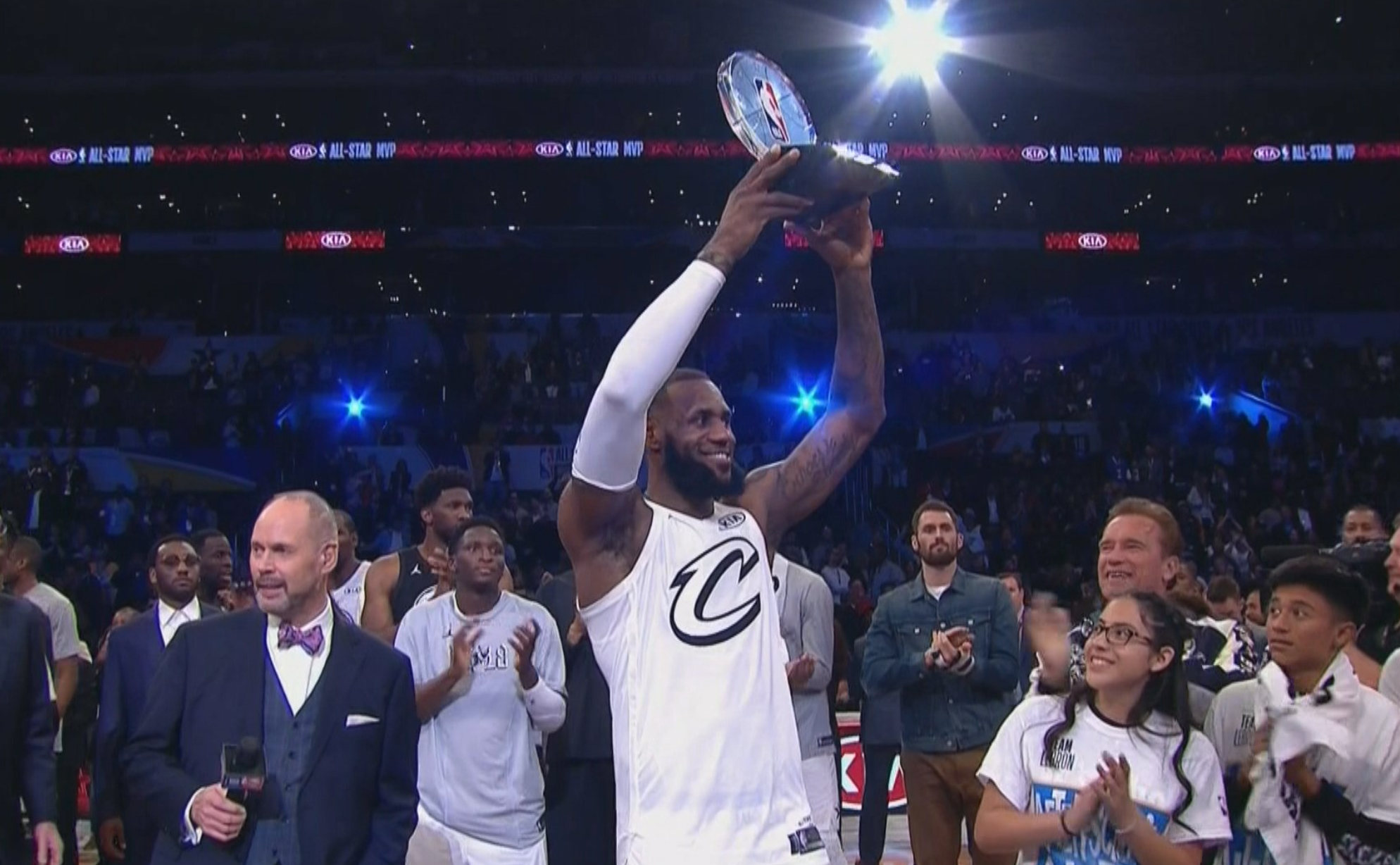 LeBron James was named the 2018 All-Star Game MVP after leading Team LeBron to a 148-145 win over Team Steph in the league’s new All-Star format. James was just two assists shy of a triple-double, leading all scorers with 29 points while grabbing 10 rebounds and dishing out eight assists.

Under the new format, the top two votegetters in each conference, LeBron James and Golden State’s Steph Curry, picked their teams playground style, regardless of conference. The move was made to try and improve the overall effort during the game and seemed to do so, as this year’s contest came down to the wire and ended with a defensive play.

In the third quarter, Team LeBron was down 112-109. In the final frame, they outscored Team Steph 39-33 as James scored 10 fourth quarter points and recorded three assists.

With 34 seconds left, James made the go-ahead bucket on a layup assisted by former teammate Kyrie Irving. About 15 seconds later, Team LeBron caused a turnover on a bad pass by DeMar DeRozan. In transition with 10 seconds remaining, James found Russell Westbrook for an easy lay-in to extend Team LeBron’s lead to three points.

With 10 seconds remaining, Team Steph would have one final chance to tie the game with a 3-pointer, with their namesake in possession of the ball on the right wing. In the end, it would be James and Curry’s Golden State teammate Kevin Durant who smothered Curry, not allowing him to get a shot up before time expired.

For Team Steph, DeRozan and Damian Lillard each contributed 21.

Under the new format, Team LeBron’s players will each receive $100,000, and James’ chosen L.A.-based charity, the After School All Stars of Los Angeles, will receive $350,000.