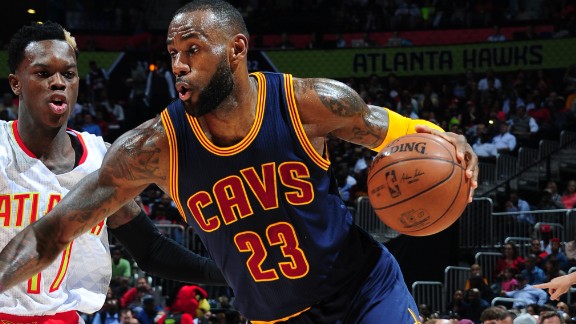 SANDUSKY– LeBron James ended his LeBron James Family Foundation “We Are Family Reunion” by speaking about the recent violence in Charlottesville, VA and President Donald Trump.

While speaking at the Cedar Point event, James touched on the events that occurred in Charlottesville over the weekend while holding his daughter, Zhuri.

James has been outspoken politically numerous times before Tuesday’s event. He and his Cavaliers teammates donned “I Can’t Breathe” t-shirts to protest the death of Eric Garner during the 2014-15 season. He also protested Trayvon Martin’s death when he was still with the Miami Heat.

Tuesday is also not the first time that James has criticized President Trump. During the 2016-17 season, James was asked about the NBA All-Star voting process, and took a swipe at the president in the process.

In fact, just prior to his family foundation event, James took to Twitter to criticize the president following a news conference earlier in the day:

Hate has always existed in America. Yes we know that but Donald Trump just made it fashionable again! Statues has nothing to do with us now!

James’ Twitter criticism came after Trump said “there is blame on both sides” when addressing the violence that occurred between white nationalists and counter protestors in Charlottesville over the weekend.

In a throwback to summer 2016, shirtless J.R. Smith shows up at LeBron James Family Foundation event
Three Signs The Indians Will Win The American League Pennant Once Again