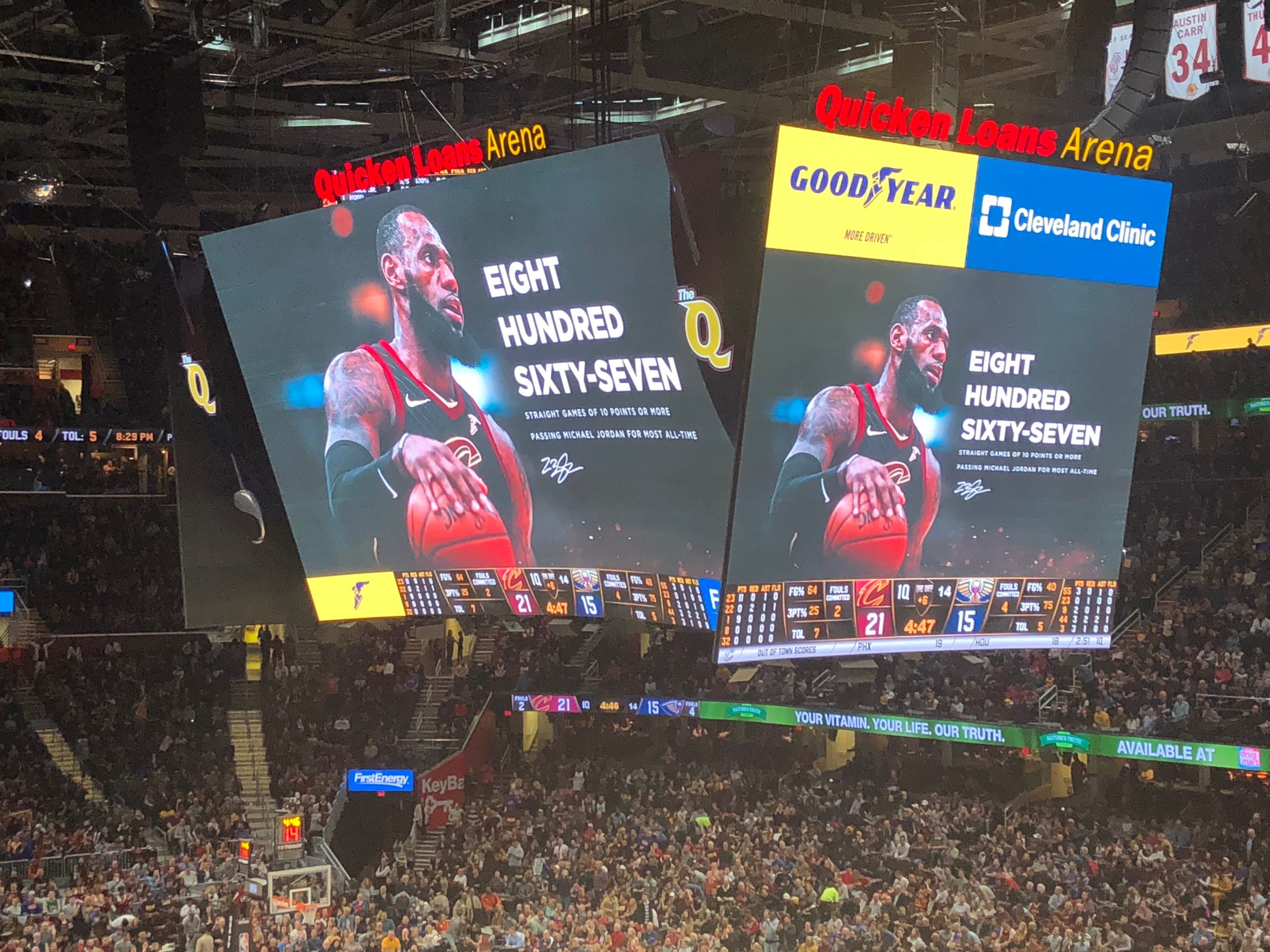 It didn’t take long for LeBron James to pass Michael Jordan’s record of 866 straight games with double-digit scoring. In fact, it was extremely fast.

James accomplished the milestone in the first quarter of Friday’s game against the New Orleans Pelicans, going absolutely berzerk in the first half of the quarter. James scored nine of the Cavaliers’ first nineteen points from the floor, having his way in the paint. James didn’t even attempt a shot from outside the key to break the record, snatching the feat from Michael Jordan in a definitive fashion.

Check out the record-breaking basket:

There it is for LeBron, who has passed Michael Jordan’s streak of 866 straight games with double-digit scoring. What other way to do than an emphatic dunk.#Cavs pic.twitter.com/5YS453cUoy

During a break in the action, LeBron received the record-breaking game ball and The Q paid respect for the incredible achievement:

During a break in the action, The Q shows respect to LeBron for the incredible accomplishment. James receives the game ball that broke the record.#Cavs pic.twitter.com/Cp2ViRrYYN

Congrats to LeBron James, who continues to wreak havoc on the league in his fifteenth year. Just a friendly reminder to everyone out there, he isn’t anywhere close to slowing down.

With A Chance To Pass Michael Jordan In Consecutive Double-Digit Games Friday, LeBron James Believes That ‘Records Are Always Meant To Be Broken’
Cavs defeat Pelicans with second half comeback; three takeaways