LeBron James Jr. Looking Like His Dad While Chris Paul Watches on During Houston Youth Tournament 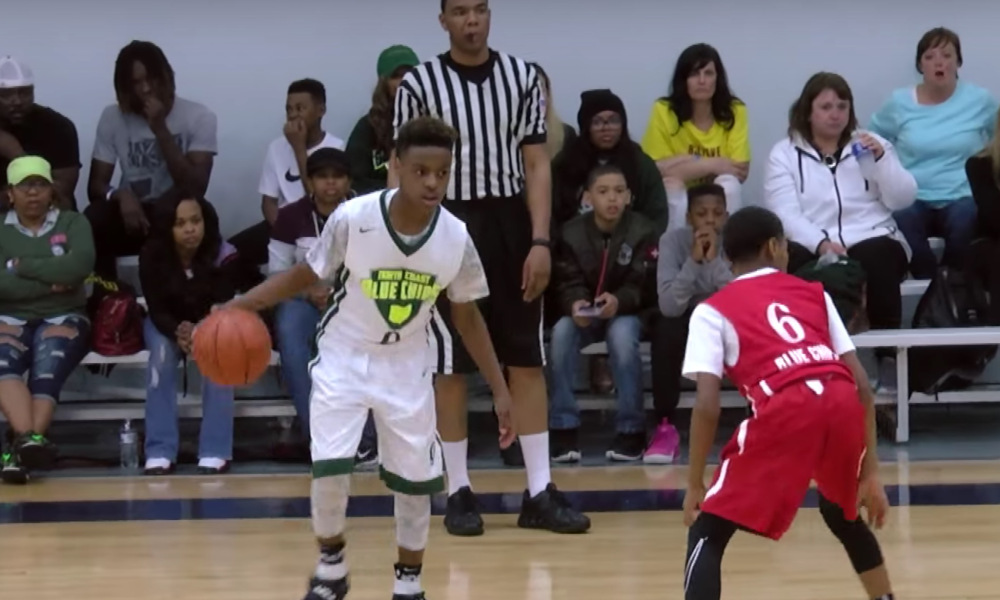 LeBron James Jr. has maybe the biggest shoes in the history of sports to fill being the eldest son of Cavs star and future Hall of Famer LeBron James, but the youngster seems to be taking it all in stride on the court.

If you haven’t been paying attention, LeBron’s son is 13 years old, and seems to have a lot of talent his dad has, as in a recent tourney in Houston he was playing like a man among boys.

The tourney was the John Lucas All-Star Weekend tournament in Houston, a tourney that has seen James Jr. play in it more than once already, and one NBA player there to take it all in was Houston Rockets guard Chris Paul.

James Jr. has also been successful with his middle school team, as last week he led Old Trail middle school to an ISL Tournament title with a 52-35 win over Gilmour Academy.

Here’s some video of LeBron’s son in action in the tourney in Houston.