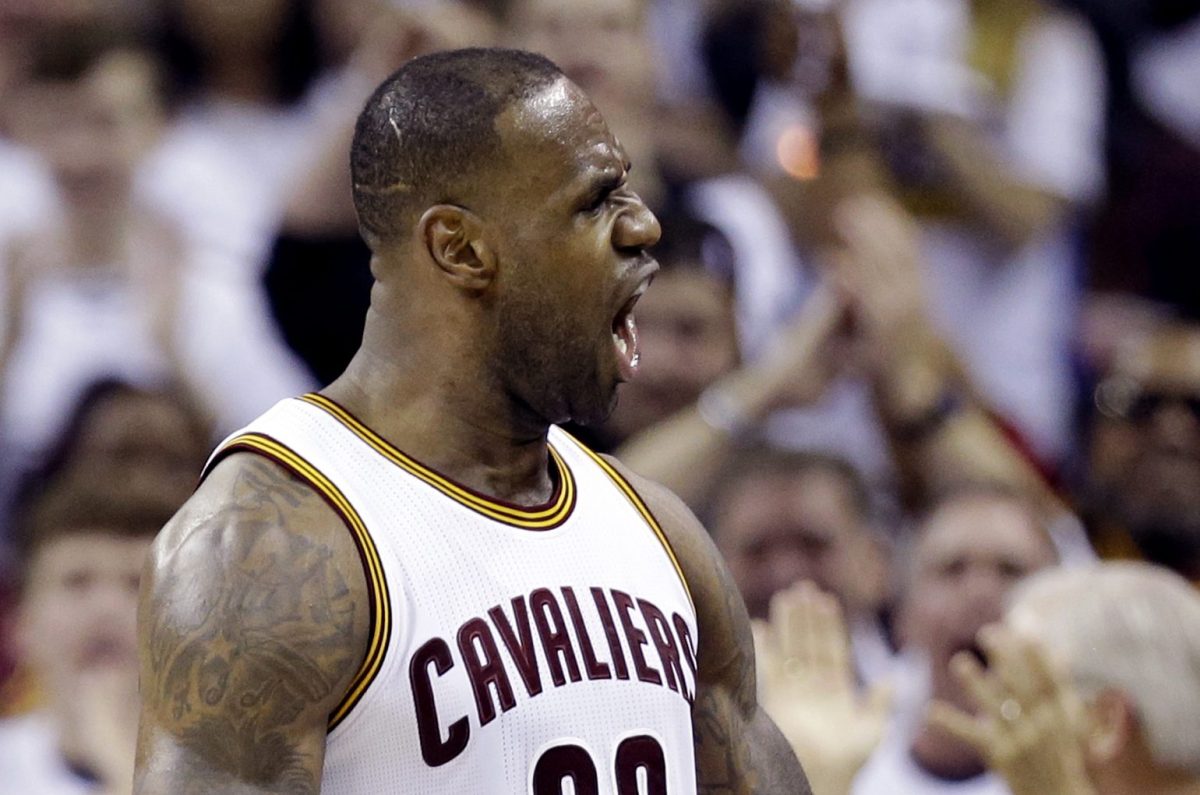 LeBron James, the 32-year old Cleveland Cavaliers star, recently shared a couple of private aspects about his relationship with his two young sons, 7-year old Bryce Maximus and 10-year old LeBron Jr. And one of the things he revealed is that he won’t allow them to play football until high school.

“We don’t want them to play in our household right now until they understand how physical and how demanding the game is. Then they can have their choice in high school, we’ll talk over it. But right now there’s no need for it. There’s enough sports they can play. They play basketball, they play soccer, they play everything else but football and hockey.”

The Sports Allowed In The James Family

The three times NBA Champion and four time MVP recipient with the Cavaliers believes that safety should always come first. Even though basketball can be a pretty rough sport in it’s own right, it’s fairly safe compared to the roughness and potential dangers that can occur in sports like football and ice hockey. While some kids their age aspire to drive cars or motorbikes, play Foxy Slots online and go out at night with friends, Bryce Maximus is already a committed to soccer player, and his older brother is turning his attention towards basketball.

Their father, LeBron James, the Cleveland Cavaliers superstar, has become the best marker in history of the NBA playoffs last night, surpassing the legendary Michael Jordan. LeBron James is the only professional player in NBA to have exceeded Michael’s “Air” Jordan impressive record of 5,987, managing to score 29 points in the Eastern Conference Finals against Boston Celtics on March 5. With this historical score by the end of the third quarter, James reached a career total of 5,989 points and outshining the world’s most famous basketball layer of all times. Michael Jordan himself had also secured 6 NBA Titles and 5 MVP Trophies when he was playing for the Chicago Bulls against LeBron’s overall 28,787 career points. In regards to the recent new record maintained a humble and non-competitive attitude, simply expressing his happiness for having achieved a personal record.

The Real Reasons Behind LeBron’s Decision

With such impressive stats, LeBron created a bit of fuss among his fans worldwide, who were intrigued by such a restrictive approach towards competitive sports, coming from the #7 basketball player in the entire world. James reacted quickly and provided a few more details regarding his affirmations and current restrictions imposed to his two sons. Much like other kids their age seek excitement and risk through online establishments like Mr. Green Casino, both of LeBron’s sons have expressed their interest towards ice hockey and football, looking to expand their sport activities. LeBron confessed being perfectly fine with Bryce playing regular soccer and LeBron Jr. baseball and basketball, as these two sports pose no serious and immediate threat to their health, and a much lower injury risk. When questioned upon the reason behind these restrictions, James confessed they are due mostly out of fear of anything bad happening to his kids.

In addition to this, LeBron also expressed his belief of not being the only father seeing things this way, and declared himself proud of his boys and the eventuality of either one of them picking up basketball. Not many people know this, but James had practiced an entire year of football, and after an extremely bad experience which almost cost him his career, he ended up developing a slight reluctance towards this sport.