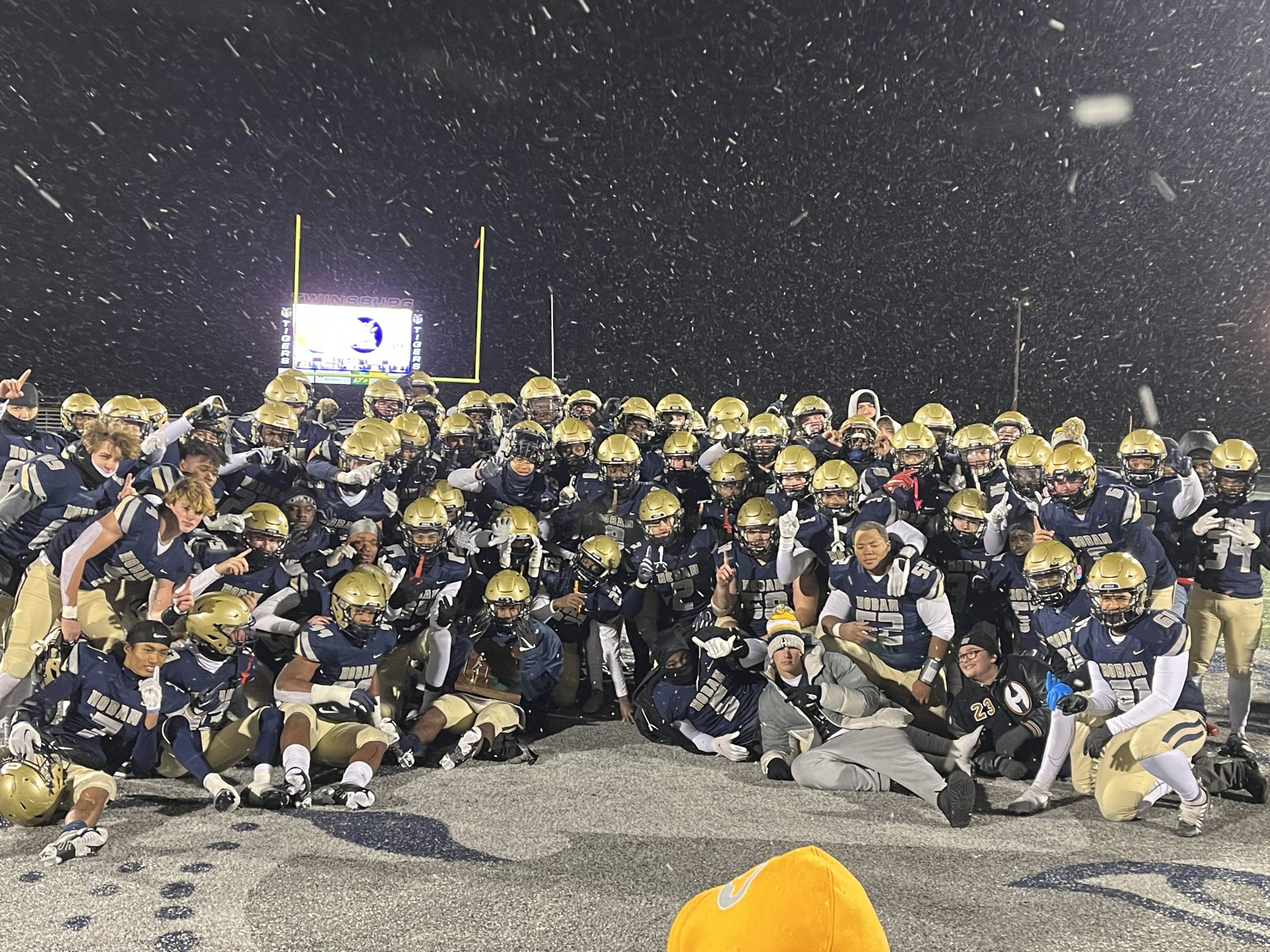 Lamar Sperling continued his dominant senior season with 288 yards and five touchdowns to lead the Knights (13-1) to a 41-7 win over Hudson (13-1) in the Division II Region 5 championship. Despite the cold and windy conditions, Hoban’s offense was red hot, racking up 352 yards on the ground. The defense was just as hot, holding the Explorers to just 186 yards of offense, a lot of those coming with a running clock.

Hoban received the opening kickoff, and it didn’t take long for them to put points on the board. Set up deep in Explorers territory after a 44-yard completion from Jacqai Long to Lamar Sperling, the star RB would plow in from 3 yards out to give the Knights an early 6-0 lead. After forcing a Hudson punt, Long tried to go deep but was picked off by senior Jack Jenkins. 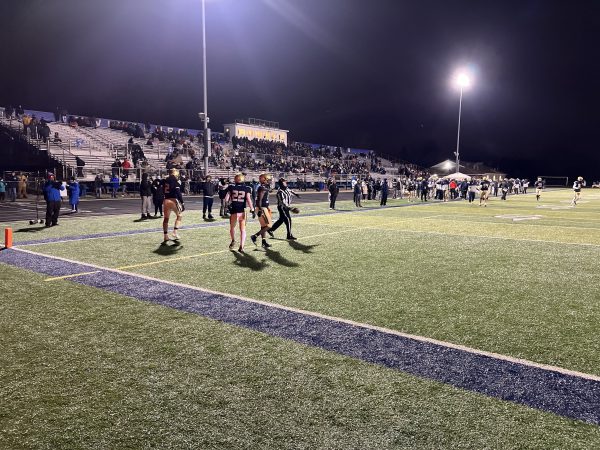 Unfortunately for Hudson, the Hoban defense came through again and forced a punt. After the first quarter, the Knights led 6-0. Two plays into the second quarter, on 4th and 3, Sperling took the ball off the right side for a 22-yard score to put Hoban up 13-0. After the defense forced their third punt of the game, Hoban set up shop on their own 36-yard line.

The ensuing drive was where the Knights really flashed their dominance. Hoban put together a 12-play, 64-yard drive that took six minutes off the clock, capped off by a 9-yard Lamar Sperling touchdown, his third of the game. The Hoban defense forced another three and out on the next Hudson possession and took over at their own 42 with just over a minute and a half to go until halftime.

On first down, Xavier Williams fooled the Explorers defense and ran around the right side for a 49-yard gain. Two plays later, Jacqai Long called his own number and dove in from a yard out to make it 27-0 at the half.

Needing a score to draw things closer, the Hudson offense was able to string together a couple of first downs but ultimately turned it over on downs. Hoban then put together another long, time-consuming drive that took over five minutes and was finished off with another Lamar Sperling touchdown, his fourth of the game. With the Knights up 34-0, the running clock came into effect. 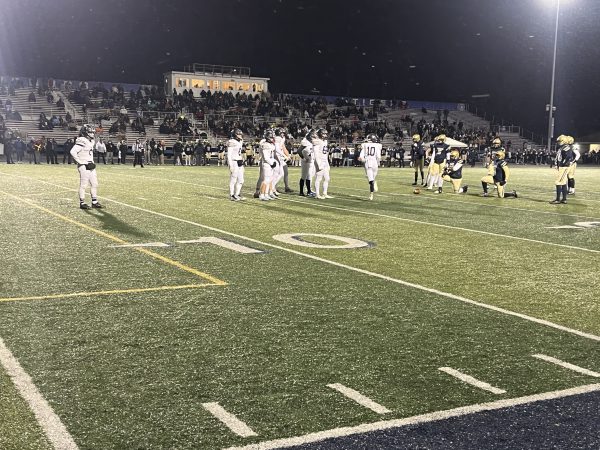 The Explorers then put together their most impressive drive of the game, getting all the way down to the Hoban 20. Unfortunately for Hudson, a botched snap was gobbled up by Hoban’s Nick Crawford. On his third carry and fourth play of the drive, Sperling exploded down the Knights sideline for a 60-yard touchdown, his fifth of the game, giving Hoban a 41-0 lead.

Intent on not getting shutout, Hudson put together a 12-play drive of their own with Ian Ludewig taking one in from four yards out to make it 41-7 Hoban, the score holding until the end. 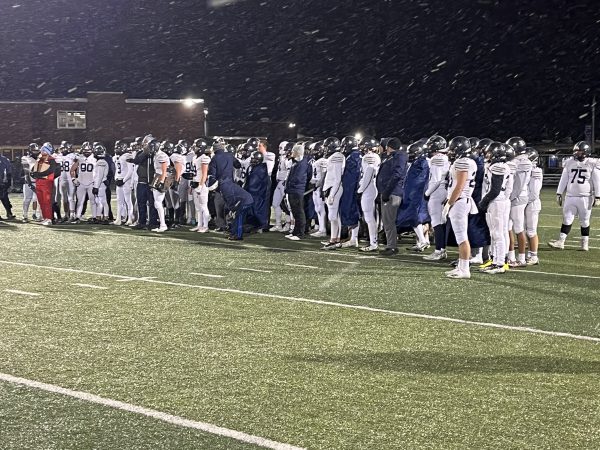 Lamar Sperling is out of this world. It doesn’t matter that everyone in the stadium knows he’s getting the ball, through 13 games he can’t be stopped. In the first half alone, Sperling ran for 168 yards and three touchdowns on 25 carries. He doesn’t do it on his own though. The Hoban offensive line has dominated every opponent, outside of St. Edward, they’ve played this year. As the weather gets colder, the Hoban offense only gets harder to stop.

Not only has the offense been dominant, but the defense has also been stellar as well. The Knights held Hudson to just 186 yards of offense, 90 of those coming in the final quarter. Hoban’s defensive line lived in the backfield and created chaos for the Explorers offense. The combination of a great defense and ball control offense are the reason Hoban is a favorite in Division II.

Up next for Hoban is a monumental showdown with the Massillon Tigers at InfoCision Stadium in Akron. Arguably the top two remaining teams in Division II, all eyes will be on Akron to see which of these squads advance to the State Championship game. Kickoff is scheduled for 7pm Friday night.