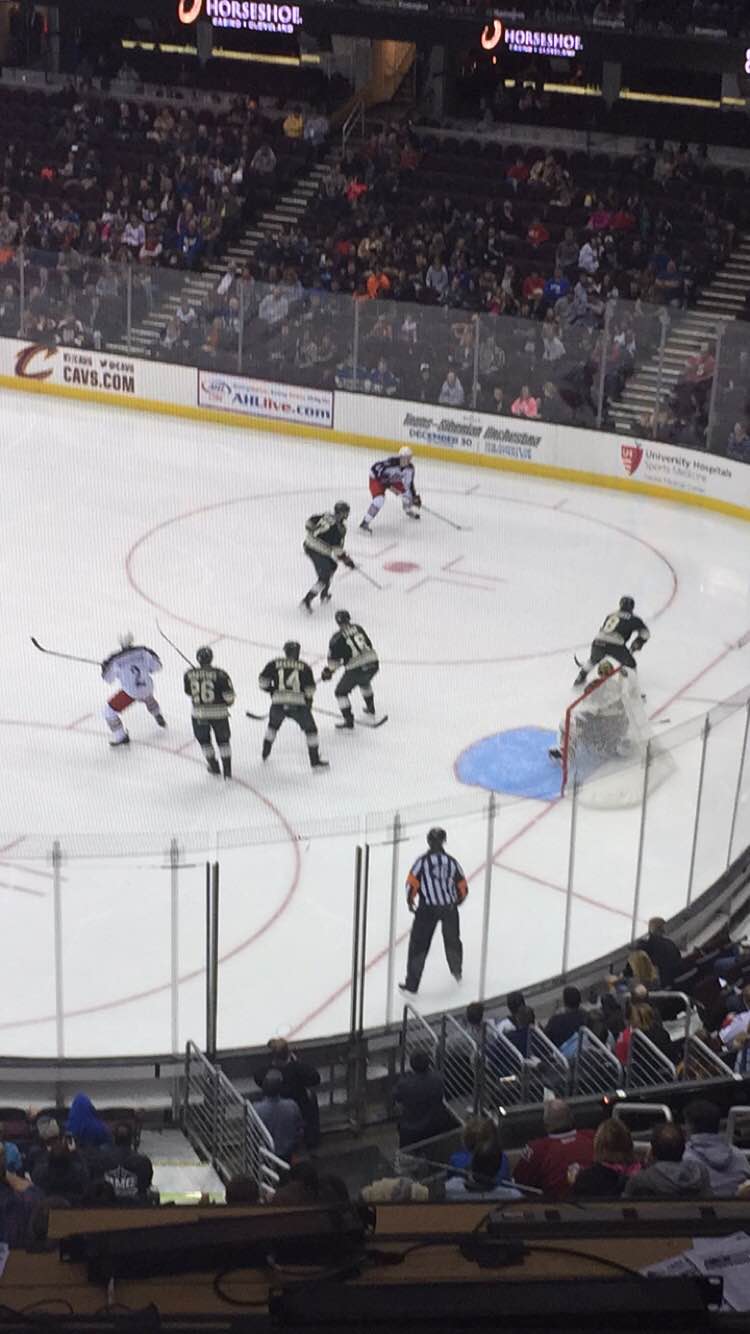 Both teams entered play 0-1 on the season.

It was the first time the Monsters played a regular season match in Cleveland since becoming the AHL affiliate to the Columbus Blue Jackets.

The Monsters and Wild were scoreless after one period as both goalies, Anton Forsberg for the Monsters and Jeremy Smith for the Wild, pitched shutouts.

The Wild struck first with 16:32 to play in the second period, scoring on a power-play goal by forward Michael Keranen, assisted by Mike Reilly and Jordan Schroeder.

The Monsters tied it up on a breakaway goal by left wing Kerby Rychel, assisted by T.J. Tynan with 12:04 remaining in the second.

The Monsters took the lead with 12:59 left in the third period thanks to a goal by defenseman Andrew Bodnarchuk, assisted by Rychel and Markus Hannikainen.

Monsters’ defenseman Falk scored an empty net goal with 1:24 left in the third to make it 3-1. Micahel Chaput and Oliver Bjorkstrand contributed assisted on the play.

The Monsters scored again with an empty net and 15 seconds remaining, thanks to a goal by defenseman Dillon Heatherington, which made it 4-1.

The Monsters improved to 1-1 on the season and face the Wild again Saturday night at 5 PM at Quicken Loans Arena.