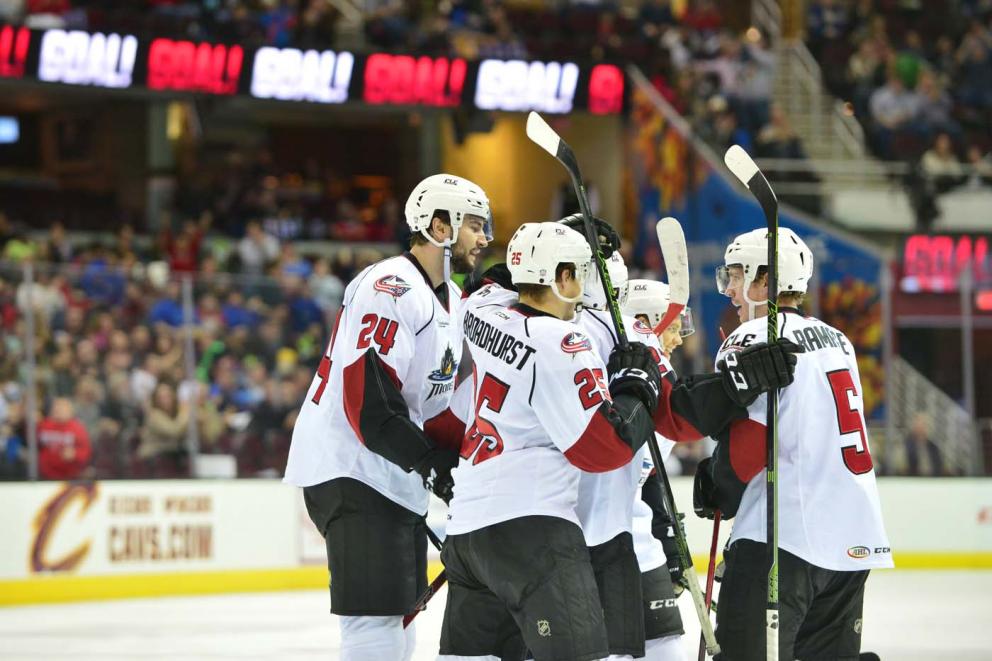 The Lake Erie Monsters play the first of four games that will span over a six-day stretch, beginning Tuesday, March 1st.

All four games are two against Central Division opponents, the Rockford IceHogs and Milwaukee Admirals.

The IceHogs currently hold first place in the divison, the Admirals are second, and the Monsters sit in fourth place.

These four games can change those standings quite a bit.

The Monsters have played 56 games coming into Tuesday night. Milwaukee and Rockford have both played 54 so far.

The standings of the AHL are determined by points percentage, and Lake Erie owns a .616 percentage, just .02 behind the Grand Rapids Griffins, who own third place.

In short, the Central Division is up for grabs.

The top four teams in the division make the playoffs, so if the season ended today, the Monsters would just make the cut. 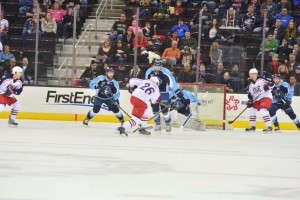 Lake Erie has won three straight and has earned at least one point in ten of their last 11 games.

The puck drops at 7 PM Tuesday in the first match between the Admirals and Monsters and the two teams will square off again on Thursday night at 7 PM.

The Monsters travel to Rockford for a back-to-back pair of games on the weekend as the first match faces off at 7 PM Saturday night and the second game will start at 4 PM Sunday. 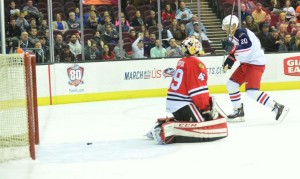 Lake Erie just beat Rockford in two close contests in Cleveland last weekend, coming away with a 5-4 win in regulation on Friday and a 3-2 overtime win on Saturday.

The Monsters are a well-balanced team with great defense and fantastic goaltending.

Daniel Zaar has been a star on offense, leading the team with 15 goals, most recently scoring a game-winner in OT on Saturday. 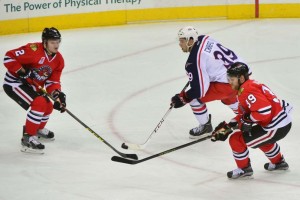 Michael Chaput does it all for the Monsters, leading the team with 36 points, 12 of which were goals. Chaput powered home a game-winning goal in OT against San Antonio less than two weeks ago, and has a knack for coming up with clutch plays all season long.

The Monsters are one of the deepest all-around teams in the AHL, with a long list of key guys contributing. 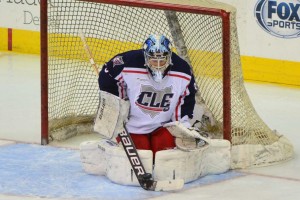 The great goaltending has been a theme of the season, as first it was the combination of Anton Forsberg and Joonas Korpisalo playing lights out at the beginning of the season. Korpisalo is now a mainstay in Columbus with a bright NHL future ahead of him.

Forsberg is back in Cleveland, but Brad Thiessen has stood out recently, with ten wins and three losses in 19 games played.

The Monsters have a luxury of either of those two goaltenders being someone who can be counted on to give the team a great chance to win most nights.

There are 20 games left in the regular season, ten of which will be at Quicken Loans Arena.

If the Monsters finish in the top four in their division, they will have a first round matchup with a Central Division opponent. If they were to fall to fifth in the division, they could still make the playoffs, but a series against a tough Pacific Division opponent, far away from home would make a big difference compared to staying close to the midwest. 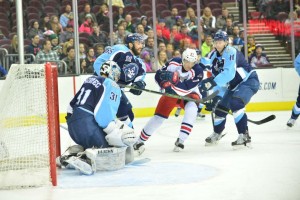 Obviously the Monsters don’t want to settle for fourth place and this week in particular gives them a great opportunity to gain some ground in the Central and make a run at securing not just a playoff-berth, but controlling home ice in the playoffs if they can finish the season strong.

Cheer on your Monsters this week at the Q on Tuesday and Thursday night! Lake Erie has one of the best home ice advantages in the league, with great crowds showing up night in and night out!