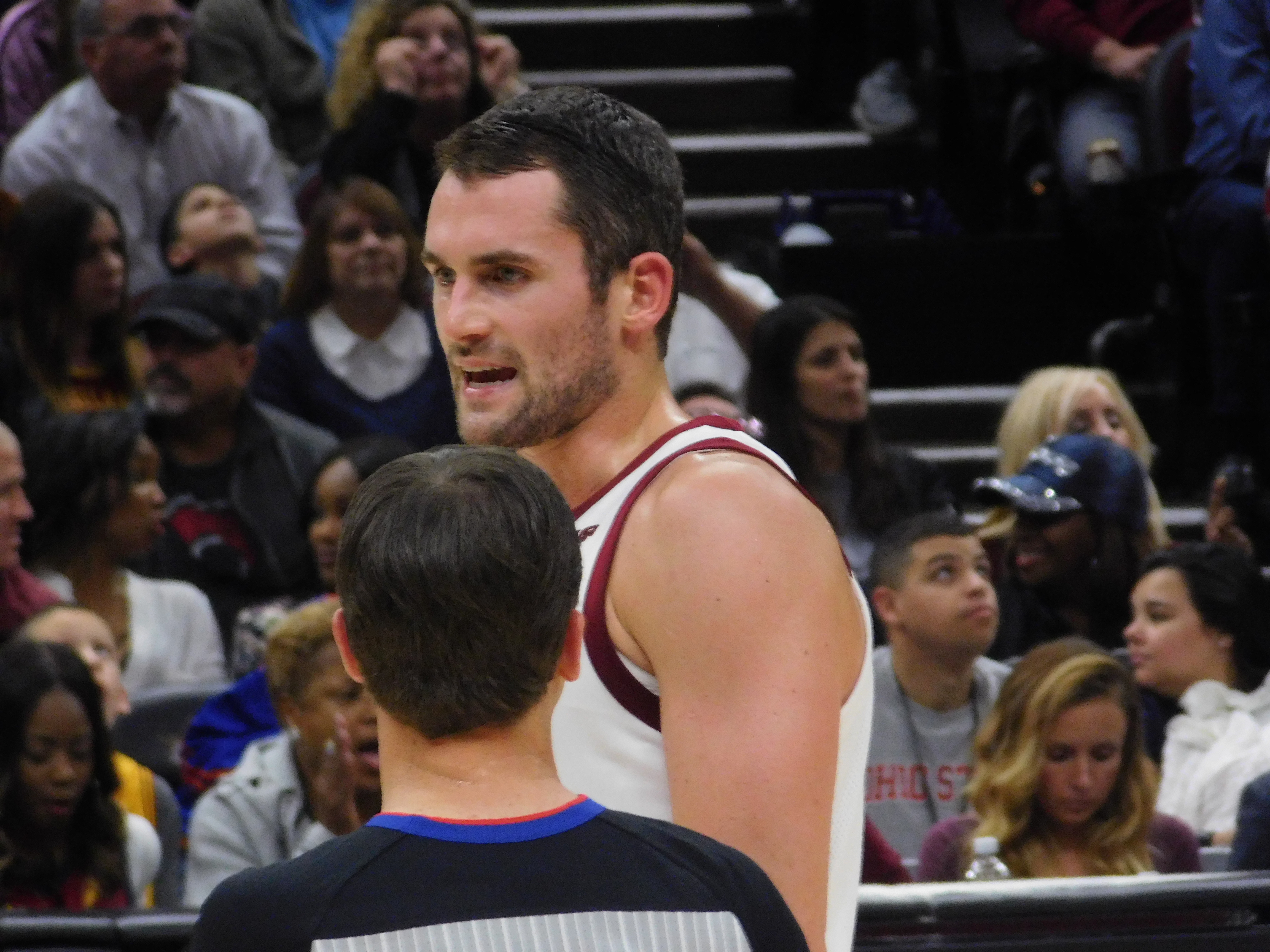 CLEVELAND– Cavaliers forward Kevin Love will not need surgery after fracturing a bone in his left hand.

Love suffered a non-displaced fracture in the fifth metacarpal of his left hand on Tuesday night against Detroit, and is expected to miss eight weeks. If that remains his timetable, Love will return with two weeks remaining in the regular season.

After practice on Friday, head coach Tyronn Lue said the timetable for Love was longer than he initially anticipated.

“Yeah I didn’t think eight weeks,” Lue said. “But it is what it is. There’s nothing we can do about it now. All he can do is rehab, get himself healthy, and when he comes back he’s gotta be ready to play.”

The five-time All-Star underwent additional examination in New York at the Hospital for Special Surgery yesterday. The exam was done in consultation with both the Cavs medical team and the Cleveland Clinic.

Love has suffered two hand injuries prior to this one in his professional career, both with the Minnesota Timberwolves. The first came 2009-10, when he fractured the fourth metacarpal in his left hand and missed the first 18 games of the season. In 2012-13, he sat 62 games after fracturing the third and fourth metacarpals in his right hand.

This is the second straight year Love will miss the NBA All-Star Game. Last season, he missed 16 regular season games after undergoing a left knee scope in mid February. Given the length of time he will need to miss, Love is understandably disappointed.

“I just talked to him yesterday, the day before,” Lue said. “Like I said, his spirits are down. Just disappointed that he got hurt. I just told him to take his time. Do what the doctors tell him to do and we’ll hold the fort down until he gets back. He was down, but it’s part of the game. You hate to see anyone go through it, but we’ve just got to hold it down until he gets back.”

The Cavs will need to fill a big hole without him on offense, as he is averaging 17.9 points and 9.4 rebounds this season.

Pleasant Never Trails, Wins on the Road Against Buckeye Valley
MLB Continuing to Look to Speed Up Pace of Play