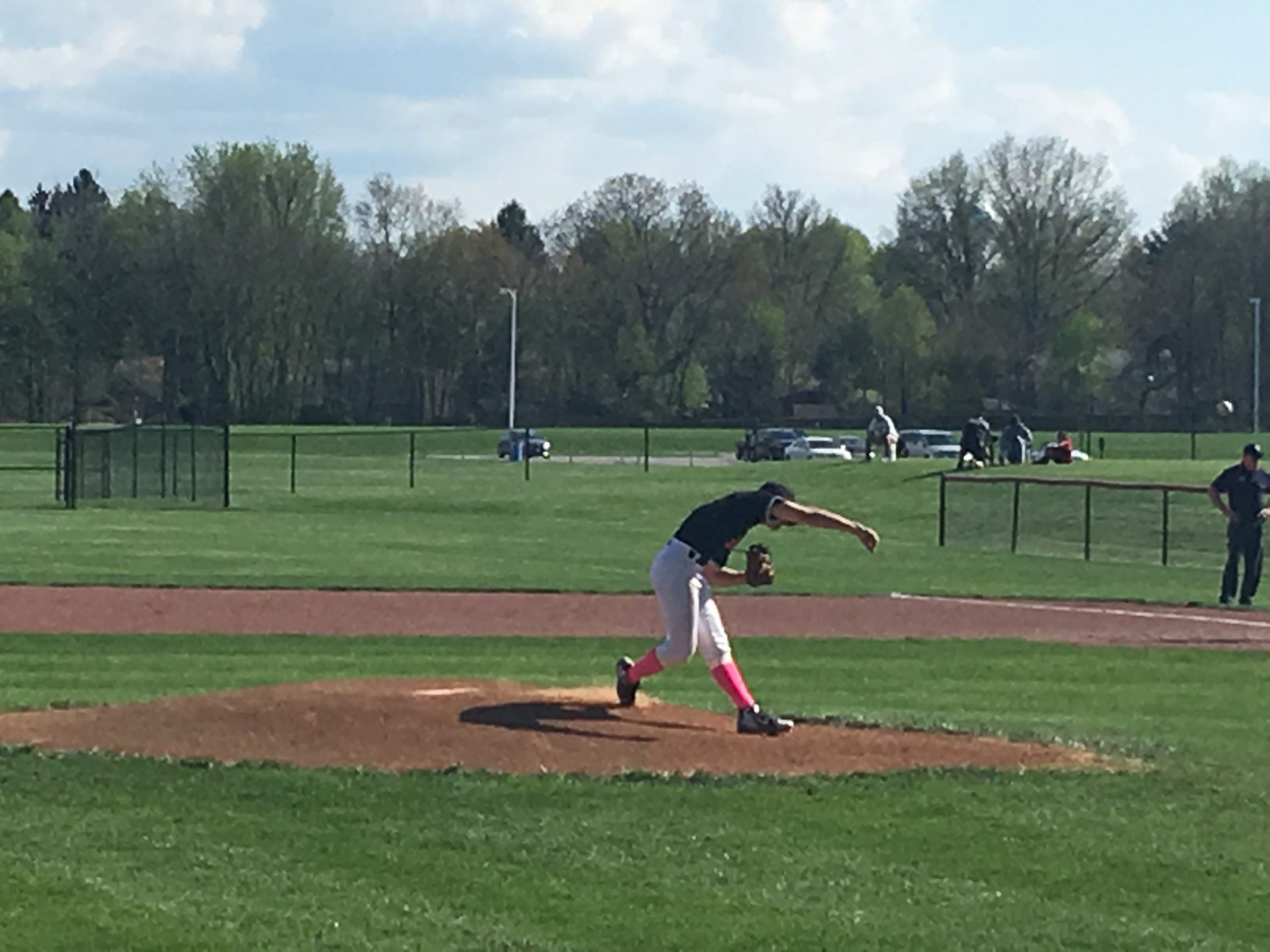 Kent, Ohio – After trailing 2-1 going in the bottom of the fifth, Kent Roosevelt scored eight runs to take the lead, and three more in the sixth to defeat Bedford 12-2 and advance to the next round of the OHSAA tournament.

Bedford took the lead in the top of the fourth when sophomore catcher Collin Kennedy reached on an error to right field. He would later score on a Seth Freeman single to give the Bearcats a 1-0 lead.

Kent Roosevelt would tie the game the following inning when Kobe Thigpen drew a bases-loaded walk.

Bedford would retake the lead in the top of the fifth on a two-out rally, capped by a bases-loaded walk by Seth Freeman.

Roosevelt would make their move in the bottom half of the fifth.

After a leadoff double, junior catcher Nathan Ritchey hit a game-tying triple to left center field. He would later score on an error to give the Rough Riders the lead.

“We started off the game pretty tight, then as we got going, we relaxed, and once we did that, we started playing better baseball. Everything just started working for us.” said Ritchey.

Jeremiah Grimm added a two-run single to right field to pad the lead to 5-2.

With the bases loaded, sophomore shortstop Zach Common hit the second of his two triples on the day, clearing the bases and increasing the lead to 8-2.

Common went 2-4 on the day with two triples and three runs batted in with a run scored.

“We started off a little quiet in the dugout. Once we started getting louder, it got the bats going. I think we need to bring our energy into tomorrow, throw strikes and just do the routine things to give ourselves a chance to win.” said Common.

The Rough Riders would add one more run in the fifth, and two in the sixth for the final margin.

“Today, throwing strikes really helped me and also really helped us. Today was a good day, and I’m happy with how our team performed.” said Day.

Kent Roosevelt improves to 10-9 and travels to Stow for their sectional championship game. The Rough Riders travel to Barberton on Wednesday and Highland on Thursday to continue conference play.

“The errors just kept following one after another. There were also moments where we could have made a few more plays to stay in the game. Trevor (Sloan) pitched a heck of a ball game today. His location was really great today, we just couldn’t make the plays when we needed to.” said Bedford head coach Levi Crozier.