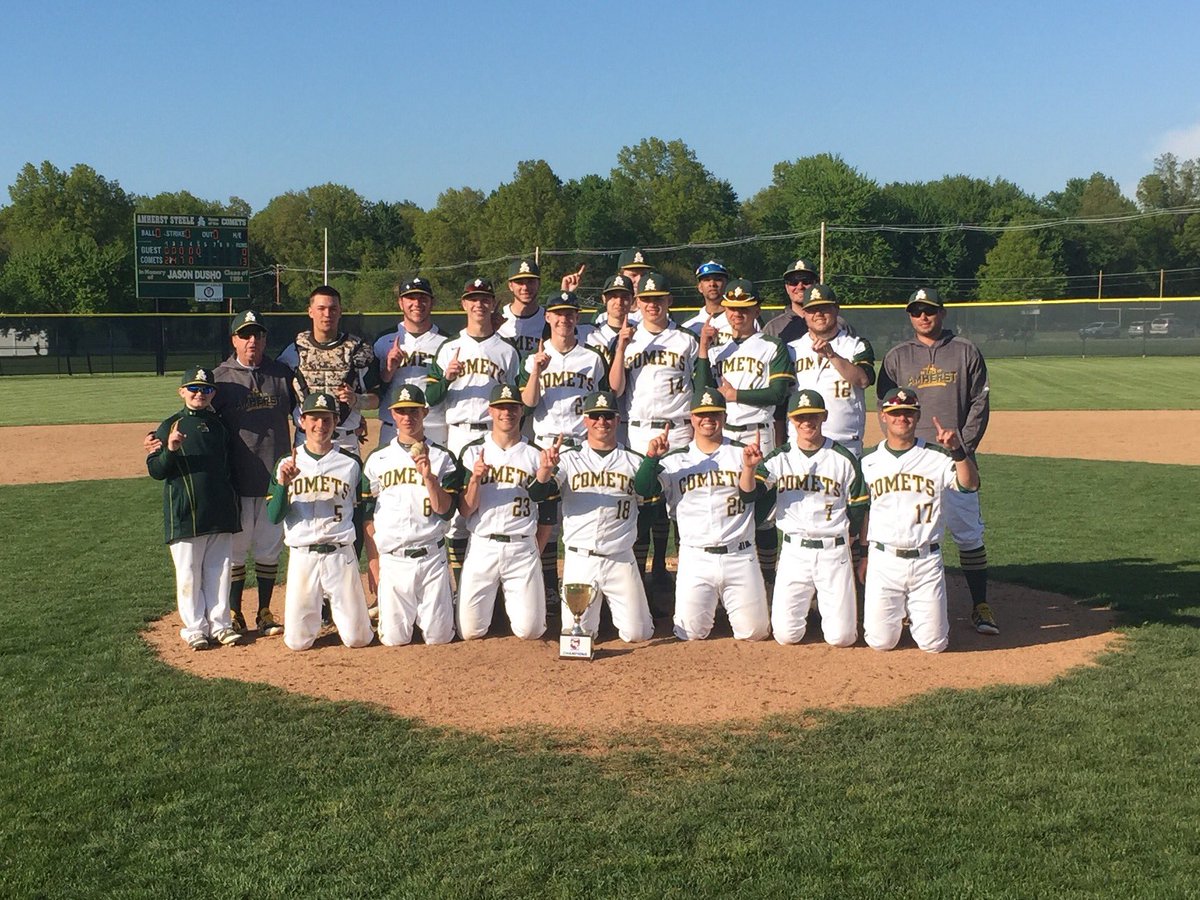 Amherst clinched with their 12-5 win over the North Olmsted Eagles on Wednesday evening.

Jack Faight (5-1) got the win on the mound going four innings and giving up four earned runs and six hits with four strikeouts. Justin Hritsko got the save after three innings, where he gave up one earned run on one hit and struck out one.

Jacob Lezon led the Comets offensively, going 3-of-5 at the plate with a triple, a home run and three RBI. Gabe Solak also had a three-hit game, going 3-for-4. Catcher Hunter Cassidy went 2-for-4 with four RBI, While Ryan Glowacki went 2-for-4 with an RBI as well. TJ Staton rounded out Comets with multi-hit games, going 2-for-5 with an RBI.

The Comets took a 5-1 lead into the bottom of the fifth inning, but North Olmsted put three runs up on the board during the frame to make it a one-run game. Lezon answered in the top of the sixth, recording a two-run shot that plated Kyle Mantin and gave the Comets some cushioning with a 7-4 lead. Glowacki scored on a wild pitch in the same inning to give Amherst an 8-4 lead heading into the final inning.

The Comets’ scoring in the seventh inning came on three doubles from Staton, Connor Emch (two runs) and Cassidy.

Check out a box score courtesy of Amherst below.