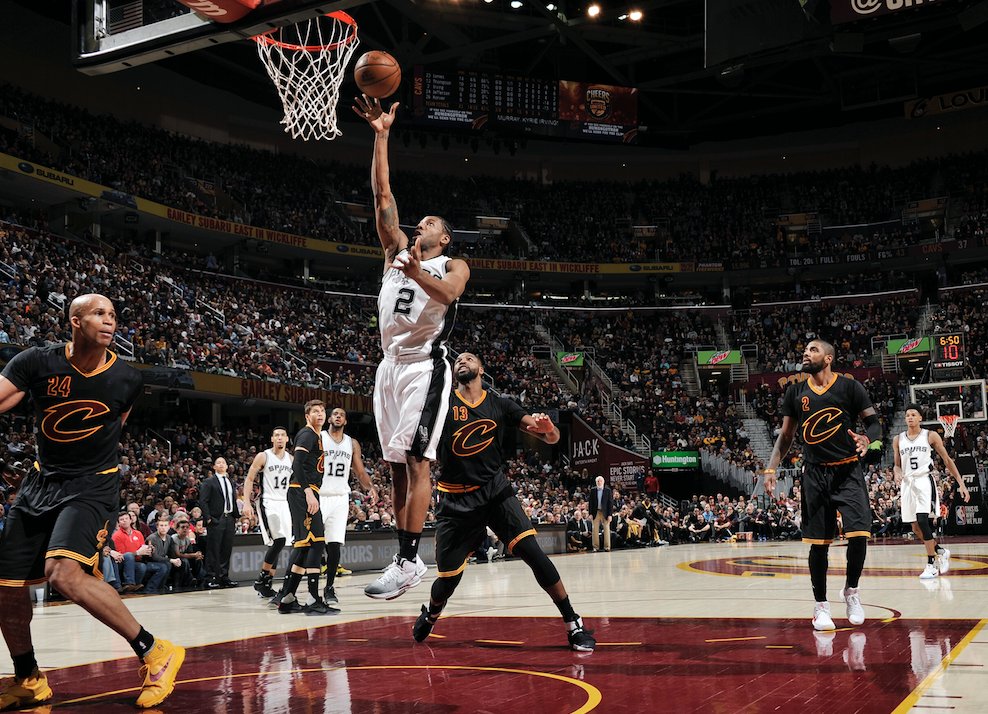 If you like great basketball, the Cavs-Spurs Saturday showdown was about as entertaining as one could hope for an NBA regular season game in January, as San Antonio outlasted Cleveland to come away with a 118-115 overtime victory.

The Cavs committed 18 turnovers and shot just 12-of-22 from the free-throw line, but Kyrie Irving and LeBron James scored 29 points each, keeping their team in the game.

The star of the night was Kawhi Leonard, who erupted for a career-high 41 points, 18 of which came in the fourth quarter or overtime.

The Cavs had their chances and LeBron was upset after the game for not running the right play out of a timeout, when Cleveland had a chance to tie with 24 seconds left in overtime.

Anyone would rather have that happen in January than June, but LeBron said, “It was a crucial point in the game. We got our break. As a ball club that’s trying to win a championship, coming out of a timeout, you can’t forget what you’re supposed to do. You just can’t have that. It’s that simple.”

Among the many highlights in the game included a ridiculous 3-pointer from LeBron, which tied the game at 107 with 32 seconds left, sending Quicken Loans Arena into a frenzy.

That shot may have been enough to force overtime, but the Cavs had trouble with Leonard all night, and he threw down this monster dunk to seal the deal, after winning a jump ball situation.

What a game. What a finish. pic.twitter.com/FdGLFhZw0t

The Cavs (30-12) travel to New Orleans to take on the Pelicans on Monday night and won’t face the Spurs again until Mar. 27 in San Antonio, where there could be another classic added to the long list of LeBron vs. Kawhi duels.

Perhaps these two teams will meet down the road, but even leaving LeBron’s days with the Heat to the side, these two teams have had some outstanding matches over the course of the last three years, and will continue to do so as long as the stars on both sides are healthy.

Kevin Love Will Play vs. Spurs; Tony Parker Out
Five things we learned in Cavs’ loss to Spurs