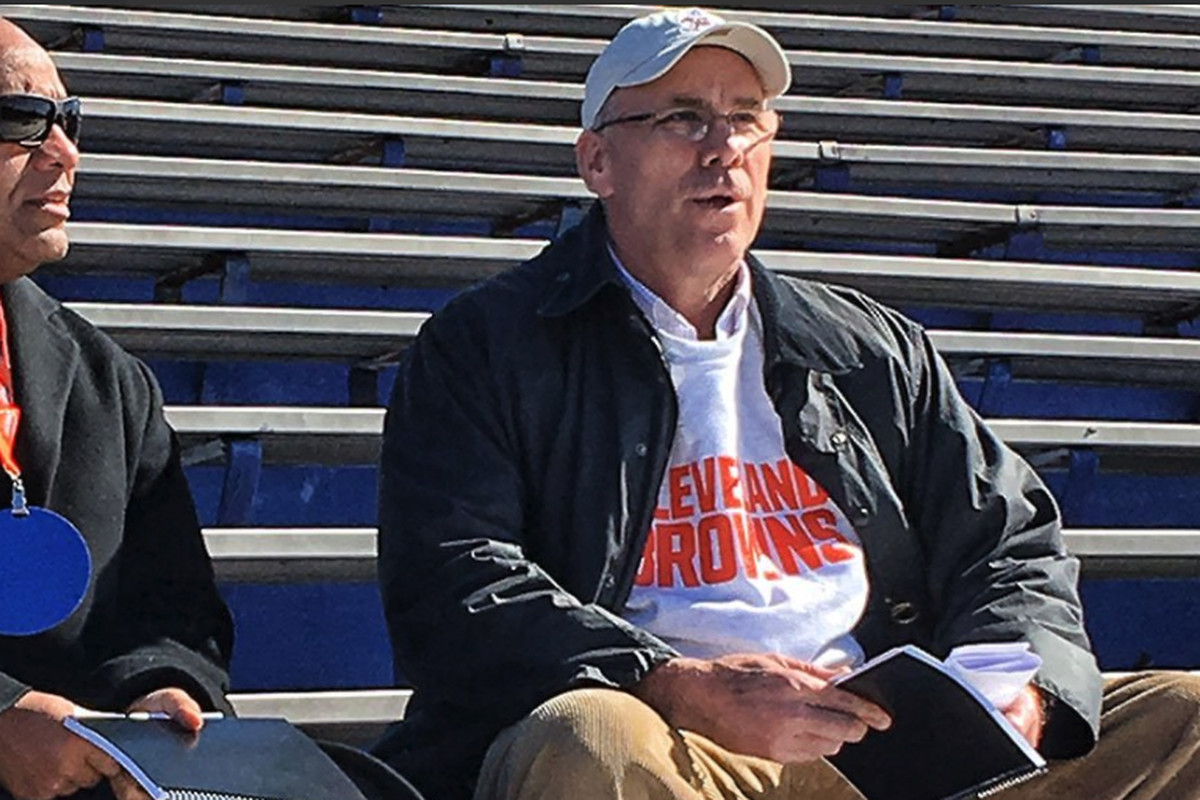 In the world of sports, the word “culture” is thrown around a lot. There’s winning cultures – see Bill Belichick and the Patriots – and toxic ones. For two decades 76 Lou Groza Blvd in Berea was the headquarters for the latter.

That is until John Dorsey assumed the role of Browns general manager late in 2017. Dorsey brought with him to Cleveland the reputation of a football guy and a great evaluator of talent. Last offseason he flexed his football chops, landing the franchise quarterback Browns fans have dreamed about for years but never actually had in Baker Mayfield, with the No. 1 overall pick. Dorsey hit on an additional four of the team’s nine draft picks from 2018 as well, marking the organizations first successful draft in decades.

But Dorsey wasn’t done. His bandwagon only got bigger when he led the charge to fire Hue Jackson midway through the season. Then promoted defensive coordinator Gregg Williams to head coach and running backs coach Freddie Kitchens to offensive coordinator, who, together, led the team to a 5-3 record over their final eight games and the brink of the playoffs.

For once, the franchise entered an offseason surrounded by optimism despite the fact that their fourth head coaching search under owner Jimmy Haslam loomed in the weeks after the regular season. Haslam’s failures in hiring head coaches hardly garnered much confidence outside of Berea, but fans found solace in the fact that Dorsey had control over the search. The decision wash his, and no matter who he chose, the Browns faithful was ready to accept and why not, everything Dorsey had touched to that point had turned to gold.

He settled on Kitchens, whose blue collar personality is a perfect fit for the blue collar city he coaches in. He’s already adored by Cleveland; yet another win for Dorsey. He can do know wrong.

That is until Monday, when the team announced the signing of former Chiefs running back Kareem Hunt, who brings more baggage with him than the baggage claim at Cleveland Hopkins. 15 months of work cleaning up the reputation of the long-plagued Browns franchise and here was Dorsey opening it up to a nightmare.

It’s easy to connect the dots and understand why Dorsey chose Hunt. Hunt was his third-round pick in 2017 with Kansas City. The 23-year-old is also a Cleveland native and no community supports their own like Cleveland. But the incident Hunt is wrapped up in goes against everything Dorsey has tried to establish culturally – there’s that word – with his team.

During the coaching search, Dorsey continually emphasized the importance of finding “a man of character” to lead the players. How can it be so important to have a “man of character” overseeing the locker room but not have men of character inside it? Dorsey wasted no time moving on from players with off-field issues this past season. Literally hours after linebacker Mychal Kendricks was charged with insider trading back in August, Dorsey released the former Eagle. Similarly, he wasted no time cutting the cord on Josh Gordon after the embattled wideout spurned the Browns again by showing up late to the team facility a day before a game. By Monday, Gordon was being shipped to New England.

Why work so hard to set the tone that if you’re not doing the right things on the field, we don’t want you representing only to sign a player that completely contradicts that concept?

Hunt was caught on tape , knocking a woman to the ground and kicking her in the hallway of The 9, here in downtown Cleveland, which also complicates things. As much as Cleveland loves to stand up for their own, this incident happened as close to home for Browns fans as it gets. His baggage is much heavier than the issues that cost Kendricks and Gordon their jobs. Yet here is Dorsey willingly opening the doors to him and with it comes a truly unnecessary distraction.

Recent talk about the Browns centered around the league-wide belief that they’re a legitimate playoff contender next season. Now, that conversation is much more grim, like the Browns teams of the last two decades. And as long as Hunt is a member of the club, it will continue to haunt them. Instead of talking about football, coaches, players, Dorsey, the Haslams, everyone will instead be answering questions about domestic violence.

Then again, it’s not all that surprising, Dorsey has made a career out of putting talent ahead of morals. On a larger level that’s just business as usual in the NFL – unless you become a social activist, that’s where the line is drawn.

Ideally Hunt stays out of trouble, puts up some big numbers and helps the Browns win games – a Lombardi would be the icing on the cake. That doesn’t make it the right move. For the first time during his Cleveland tenure, Dorsey made the wrong decision. And what’s worse is that it comes at the worst possible time for a franchise that had fixed its dysfunctional culture over the last year.