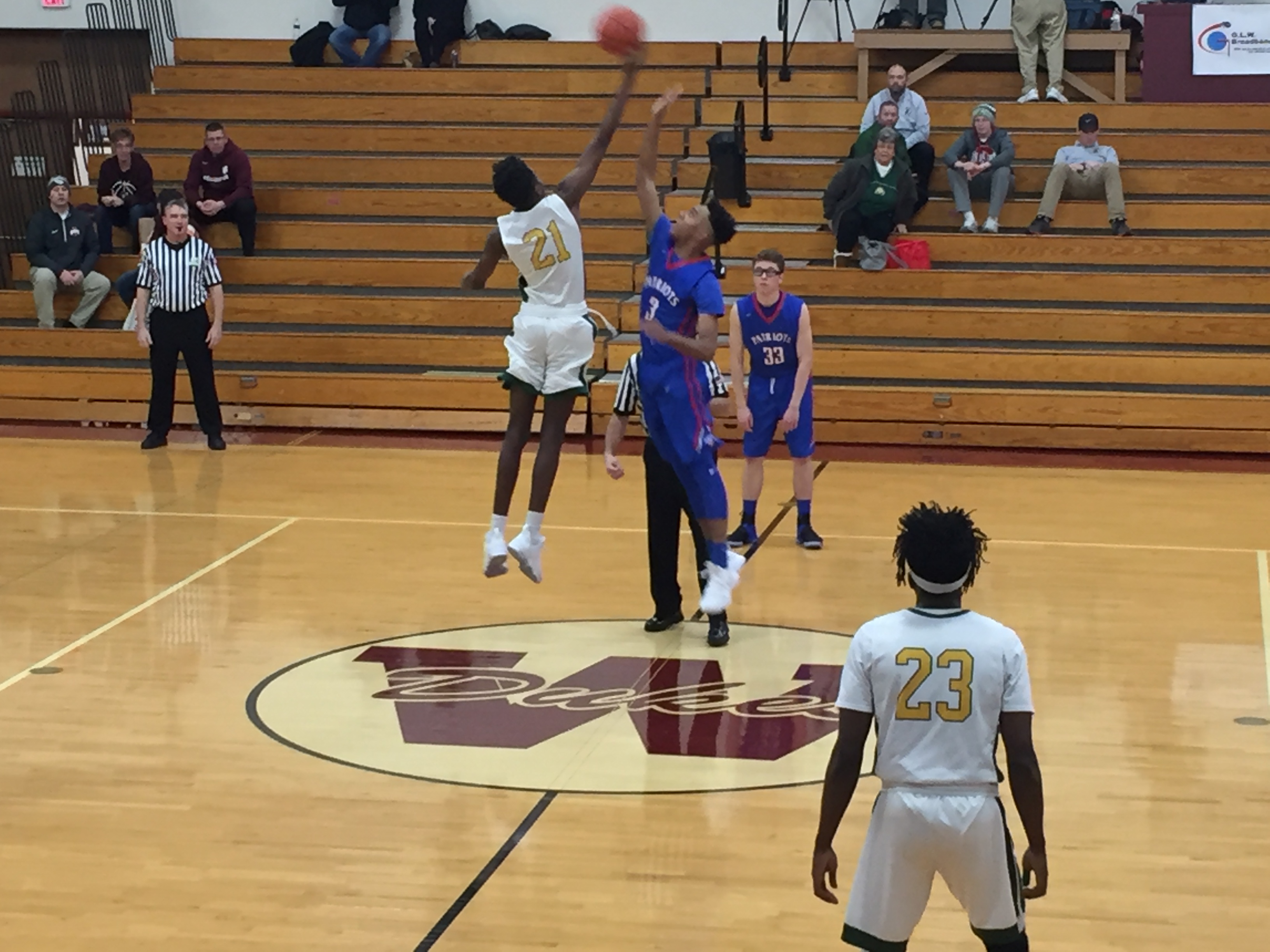 WELLINGTON, OHIO – The John Hay Hornets put their foot on the gas in the opening eight minutes, and used a huge early lead to cruise to a 77-61 win Thursday afternoon over the Open Door Patriots.

Senior Robert Toney added 16 in the win for John Hay, three of the five Hornets were in double digits.

The Patriots, who made it a game late hitting three 3’s in the final period, got 21 from Jared Bublinec in the loss.

Sophomore Careter Wright, who was a game time decision, gutted it out and played tough all day, hitting 19 points, 10 in the first half and nine in the second.

With the setback, Open Door falls to 5-3 on the season.

In that first quarter they hit 4-of-6 from three-point range to take control early, and also out rebounded the Patriots 10-3.

They led 41-21 at the half, as they continued to play tough as the Patriots tried as they could to play catch up.

The second half was pretty evenly played, but with the big advantage the Hornets were able to cruise to the 16-point victory.