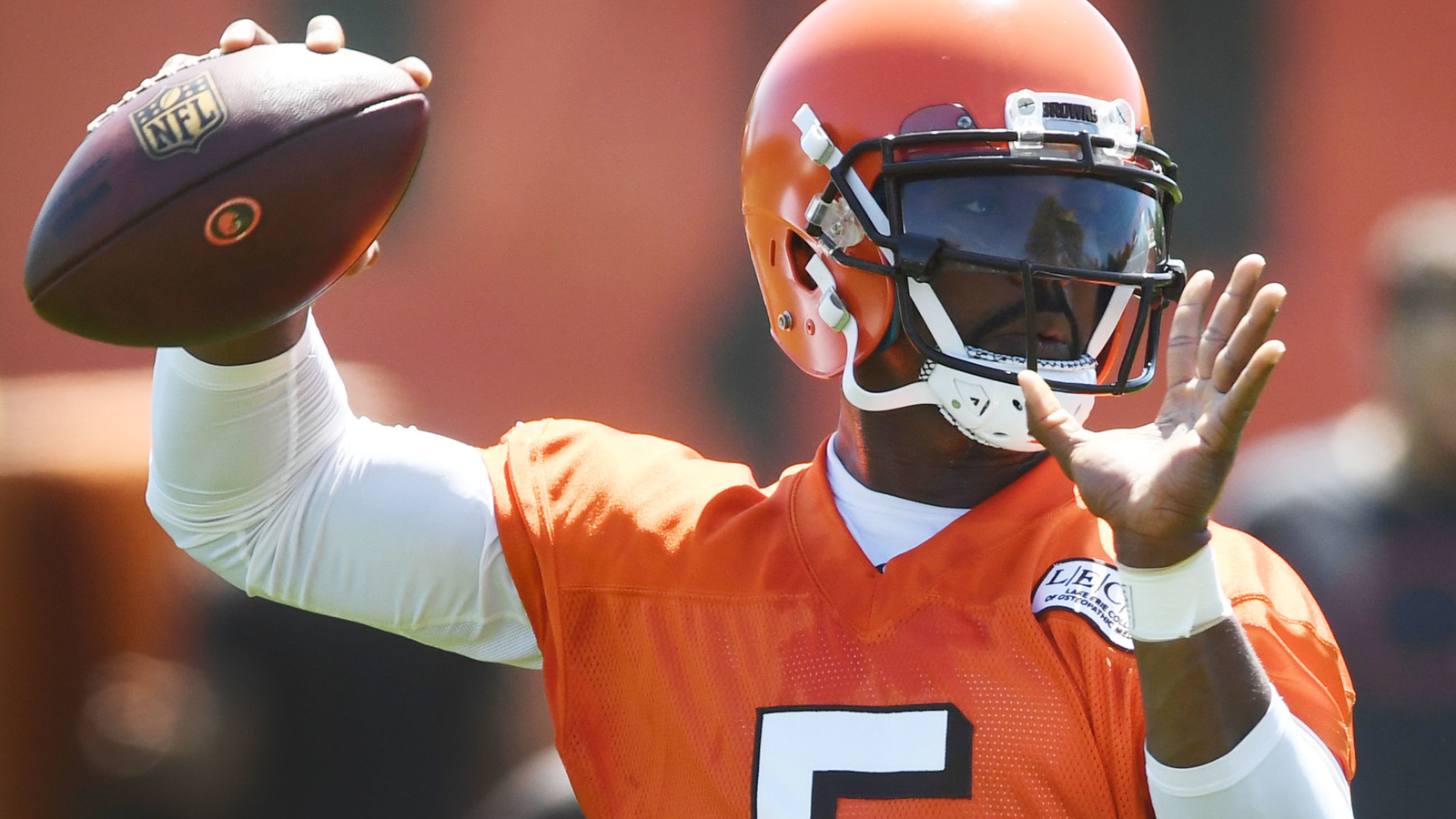 Veteran quarterback Tyrod Taylor hasn’t even played a snap for the Cleveland Browns, but he’s already getting rave reviews from one of his biggest weapons.

Appearing as a guest on The Rich Eisen Show, Thursday, new Browns wideout Jarvis Landry had just one word to describe how his quarterback has performed this offseason.

“Amazing,” Landry said of Taylor. “Amazing, man. His leadership, his arm, his accuracy and he’s ready, man. He’s the starting quarterback, and I’m sure that, obviously, the decision is up to Hue [Jackson] and the offensive staff, and stuff like that. But I’m sure they’ve been highly impressed with [what] he’s done through OTAs and minicamp.”

Notice how Landry wasted no time declaring Taylor the team’s starting QB ahead of training camp, which commences later this month. That falls in line with what Jackson and the Browns brass have continually said regarding Taylor’s role with the team, since acquiring the dual-threat quarterback via a trade from the Bills back in March.

That would leave rookie QB Baker Mayfield waiting his turn behind Taylor. Landry believes there’s a lot Mayfield can learn from his superior, even though he’ll be directly competing against him for the job.

“He sees it as an opportunity for him to grow at the position,” Landry said of the No. 1 overall pick. “A guy like Tyrod, who’s been to the Super Bowl, who took a Buffalo team that hasn’t been to the playoffs to the playoffs, he can learn a lot from Tyrod. At the same time, I think it’s a competition, but I think it’s true at the same time both guys are definitely qualified for the job.”

Coming to Cleveland from the Dolphins via trade himself, Landry was already pretty familiar with Taylor having to play against him twice a year each of the last three seasons. Now, no longer rivals, Landry has quickly become enamored with his new signal caller.