Iron Tiger Blows The Lid Off Express Live In Columbus 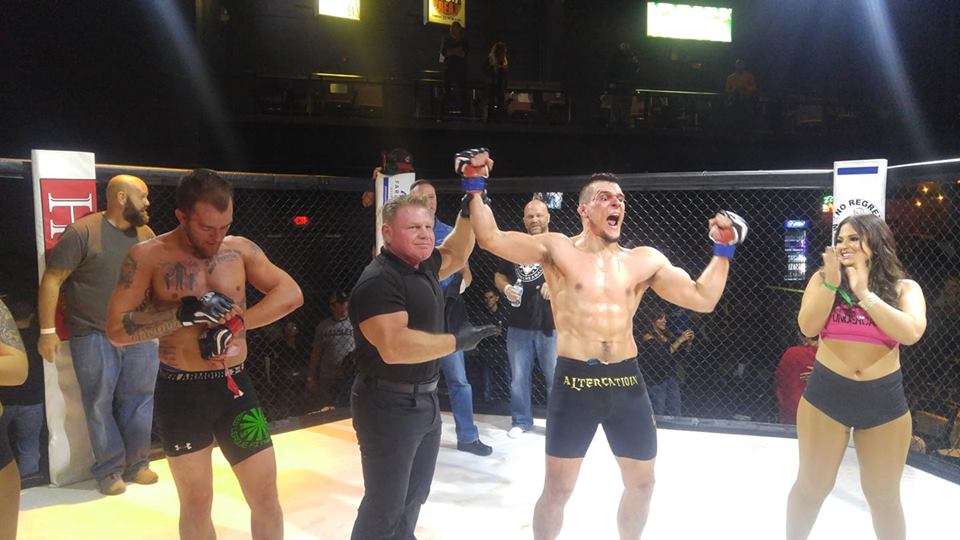 Iron Tiger 84 presented by Hamilton Contractors and Joslyn Colon Insurance rocked Express Live tonight in Columbus.  It was shown live on FLO Combat TV on PPV and sent each fan home extremely happy with the outstanding card.  There was plenty of athleticism on display, as well as plenty of blood too.

Here is a full recap from the red-hot show in Columbus.

Result – Morton by 2nd round KO

Takeaway – Some wild swinging early into the first round led to Morton taking Durst down to the matt.  Durst recovered quickly however and took control to win the first round as most of it was spent on the canvas.

The second round was a totally different story as only seconds into it, it was Morton connecting a vicious haymaker for a brutal knockout.  It was a highlight reel knockout from Morton.

Result – Garrison by TKO round 1

Takeaway – Jon Garrison looked incredible tonight with a complete performance in his debut effort.  The two time All American wasted no time taking McCown down.  From there he used an excellent ground and pound until the ref put a stop to it late into the first round.

Result – Golden by TKO round 1

Takeaway – This one ended early as a Scott kick was checked by Golden, resulting in a broken foot for Scott.  The fight was stopped immediately.

Takeaway – Alex Johnston out grappled Mullen on their feet in the first round, and then did it again on the canvas the last two rounds.  It was a solid plan by Johnston that he pulled off in dominant fashion.

Takeaway – Small used his wrestling skills to keep Trueet grounded for two straight rounds.  Then in the third it was a furious rally by Trueet on the matt that almost saw him complete a dramatic comeback with several submission attempts.  The clock would eventually run out and Small took home the duke.

Result –Stevenson by second round tap.

Takeaway – Stevenson made his case for submission of the night with an excellent rear naked choke.  He used incredible ground control to get the back of Dinan and put him away.

Takeaway – Gidron escaped a deep choke attempt by Phillips in the second round.  Other than that flurry, it was 3 rounds of Gidron using incredible ground skills to pull away with this one.  This fight saw several slams of Phillips.  Don’t’ count out Lance yet however, he has a world of potential and is a very dangerous fighter.  This night belonged to Gidron however.

Result –McCown by second round submission.

Takeaway – What an excellent main event this one was.  A total blood bath that saw Hussey stay in control of the action for the bulk of the first two rounds.  McCown would show the heart of a champion with a furious rally in the third to come all the way back, and choke out Hussey for the win as the lid was blown off Express Live.