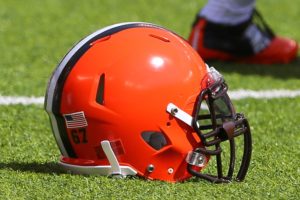 This has been a long season so far for the Cleveland Browns organization. They started the season with admiration to turn this franchise back around for the better but how could you with a lack of availability on the roster due to injuries.

Entering this season the Browns had high hopes of team captain Robert Griffin III, better known as RG3, but his debut in the Browns season opener against Philadelphia he suffered an shoulder injury keeping him from football play for at least 4 more weeks, by that time I’m not even sure if head coach Hue Jackson would even risk putting him back on the field. RG3 also suffered a knee-injury with the Redskins which led for his departure from Washington.

As significant as a quarterback injury may seem for any team, Coach Hue Jackson called upon Josh McCown (13 seasons in NFL) in week 2 and he suffered a collarbone injury that kept him sidelined for another 6 games in which he was able to return last week to take on the NY Jets in which they lost, 31-28.

hile McCown was down they had no other choice but to play the rookie that they drafted from USC Cody Kessler. Kessler battled through a few injuries himself during his tenure as the starting quarterback including a chest injury and in week 6 he left the game due to concussion protocol. Kessler has not looked awful as a starter but you could definitely tell that he was not groomed to play as an starter in the NFL, just yet. 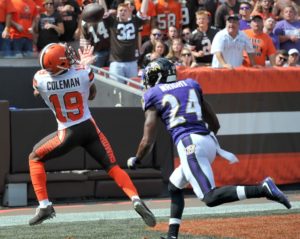 draft pick Corey Coleman who’s been out due to a broken hand injury that occurred in practice earlier this season. The question from most fans right now is “what does he got to bring to the table?” because we all know the Browns have had their share of  bad draft picks since 1999. Corey Coleman has been practicing with the Browns the past 2 weeks so there is a chance we will get to see him on Sunday. 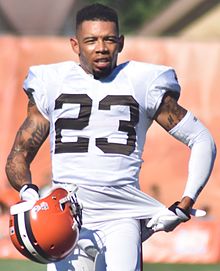 But Corey Coleman is not the only player in question about their talents because ever since CB Joe Haden received his new contract with the Browns in 2014 he’s been on the sidelines watching instead of actually contributing to the teams efforts week-in and week-out. Rumor has it that the Browns were in talks with the New Orleans Saints this week for a trade before trade deadline.

Sunday the Browns(0-8) will host the Dallas Cowboys(6-1) and the Browns have listed McCown and Kessler as co-starters for the game. Here’s a  list of the injury report for week 9.