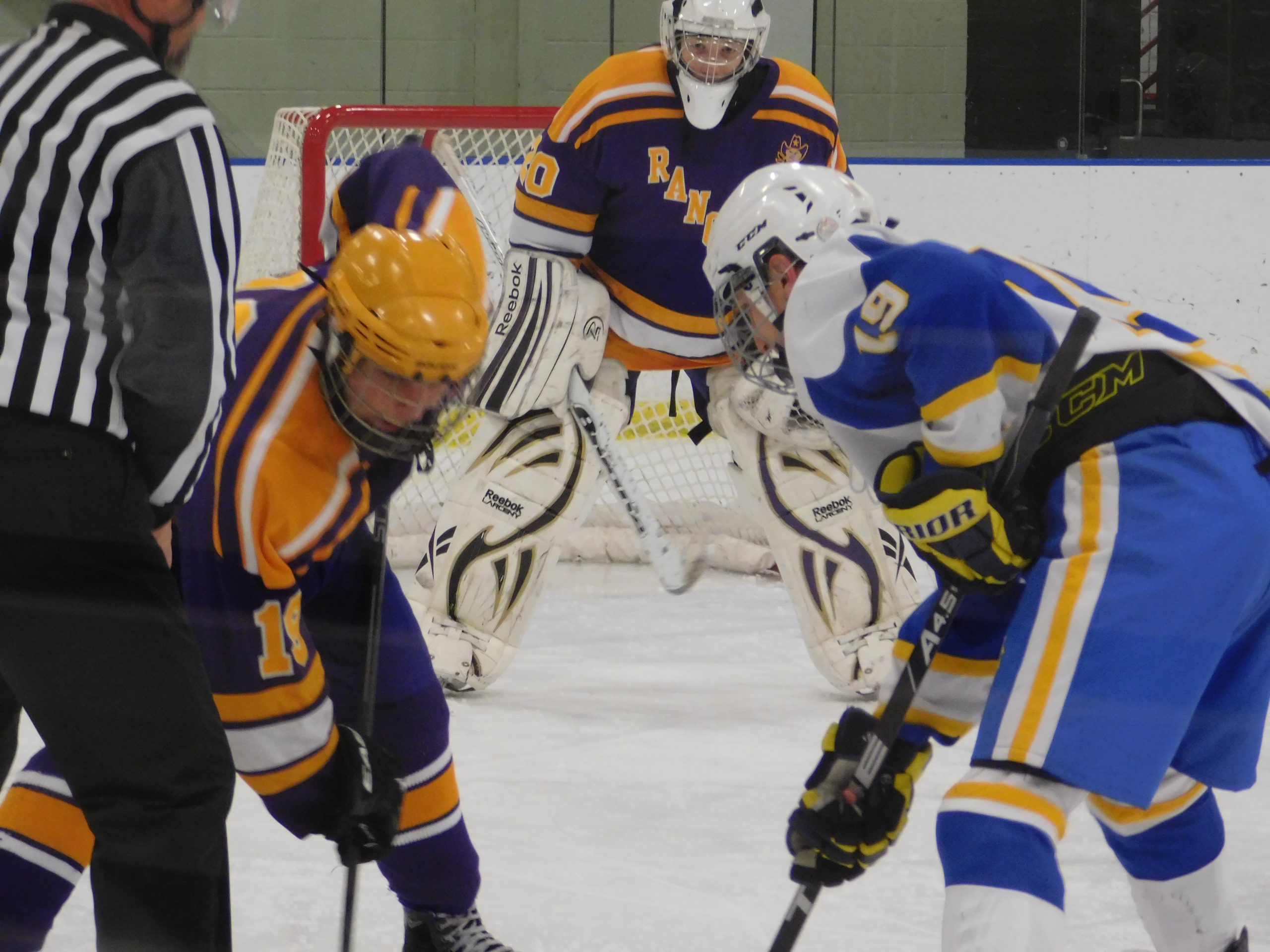 BROOKLYN, OHIO – Two undefeated squads in league took to the ice in Brooklyn on Thursday night as the Brooklyn Hurricanes held off the Lakewood Rangers 4-2 in GHCSHL play.

The Hurricanes with the victory are now 6-0-0 in league play, and 9-1-0 overall. They were led by senior forward Travis Nieves, who had two goals in the win.

Brooklyn forward Kyle Bruzek got the ball rolling for the Hurricanes with a goal just :22 seconds into the game, and added an assist.

Goalie Beau Reinhart was solid for Brooklyn once again, as he allowed two goals to get Lakewood back into the game early in the third, but held strong the rest of the way to earn the win.

The Rangers with the defeat fall to 8-6-0 overall, and suffer their first league loss of the season to fall to 4-1-0, behind the Hurricanes in the Blue South.

It didn’t take long for the Hurricanes to get on the board, as they rushed to the net to start the game in their first offensive possession, and quickly scored on a rebound in the slot just :22 seconds in.

Bruzek got the goal, with Aaron Wrost collecting the assist to make it 1-0.

The Hurricanes continued to put pressure on Lakewood, and got their second goal of the night with 6:31 to play in the first to make it 2-0.

The power play goal went to Nieves, with Bruzek getting the assist to give Brooklyn the two-goal edge.

They made it 3-0 less than four minutes later, as in a scrum in front of the net, Matt Crossman, a junior defender, took advantage of the loose puck and found the back of the net.

Senior forward Nate Coyle and junior forward Chad Schnear both got credit for assists on the third goal.

The Hurricanes completely controlled the tempo in the first period, outshooting the Rangers 15-3.

The only goal of the second period was scored by Brooklyn on a power play with 5:09 to play, but the goal was quickly called off, and the score remained 3-0.

The Rangers were able to get some chances in that second period, but were unable to cut into the lead, and the second period ended 3-0 in favor of the Hurricanes.

The second period saw the Hurricanes outshot the Rangers 13-6.

The Rangers quickly got on the board in the third period cutting the Brooklyn lead to 3-1. The goal from junior forward Mac Macfarlin just :13 seconds into the period.

Things got even tighter a few minutes later as the Rangers went on a power play, and they quickly converted, as with 12:52 left in the game,

Junior defender Patrick Gillman scored the goal for the Rangers to draw it to a 3-2 affair.

Gavin Supek and Coyle got credit for the assists for the fourth Brooklyn goal past freshman goalie Rob Holden.

The Hurricanes were able to hold off the Rangers the rest of the way, leading in shots on goal 12-9 in the third to seal the win.

Lakewood will be in action on Saturday at 7pm against Mayfield at Serpentini Rink. Brooklyn will be back on the ice on Wednesday January 18th as they take on Elyria Catholic in Elyria.

Click Page 2 to See More Pictures From the Matchup between Lakewood and Brooklyn!