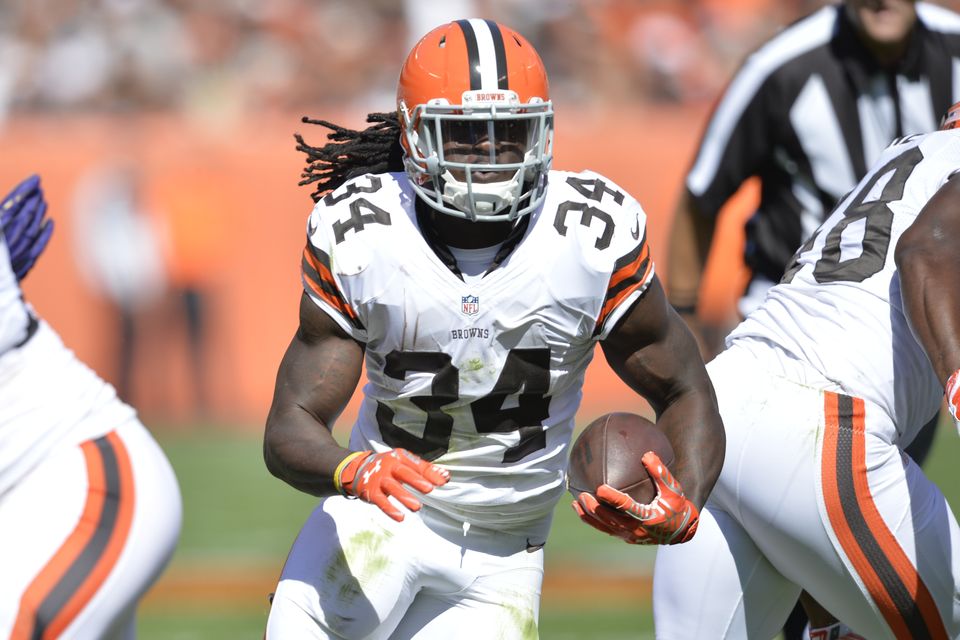 Friday during his final press conference before Sunday’s game at Chicago, Browns coach Hue Jackson was peppered with a couple questions regarding running back Isaiah Crowell, who had a 59-yard scamper on Sunday during the Browns 27-10 loss to the Ravens.

Crowell had just five carries for 72 yards, 59 coming on the one carry which at the time got the Browns out of the shadow of their own goal posts.

Jackson was asked why Crowell didn’t get more carries – his response speaks volumes as to the coaches feeling about the running back in general.

Here’s Hue Jackson’s response to a question as to why Crowell doesn’t get more carries after he had a 59 yard run vs the Ravens. #Browns pic.twitter.com/W9n6tb6TSE

Jackson said he and Crowell, who was frustrated he had just five carries, and that the two are fine, and they hashed it out. Of course that was before the comment above.

Hue went on to say that there was a variety of reasons as to why Crowell didn’t get more carries.

“I don’t make excuses. Some of it was penalties. Some it was (RB) Duke (Johnson Jr.) was carrying the ball,” Jackson said.

“Some of it was (QB) DeShone (Kizer) was carrying the ball. Sometimes it just didn’t happen. We have to do a better job of making sure that he is involved that way. There are no excuses to anything. I’m very honest and up front with guys about what we do and what we don’t do, but I think he understood that. Let’s move on to the Chicago game.”

If Jackson does return to the Browns next season, one would think that Crowell wont’ be, even more so after comments like that of Friday by the coach.

Bears DE Akiem Hicks On the Chance of Losing to the Browns: “We Won’t Let That Happen”
Preview: Will Santa Fills the Browns Stocking with a Win In Chicago?