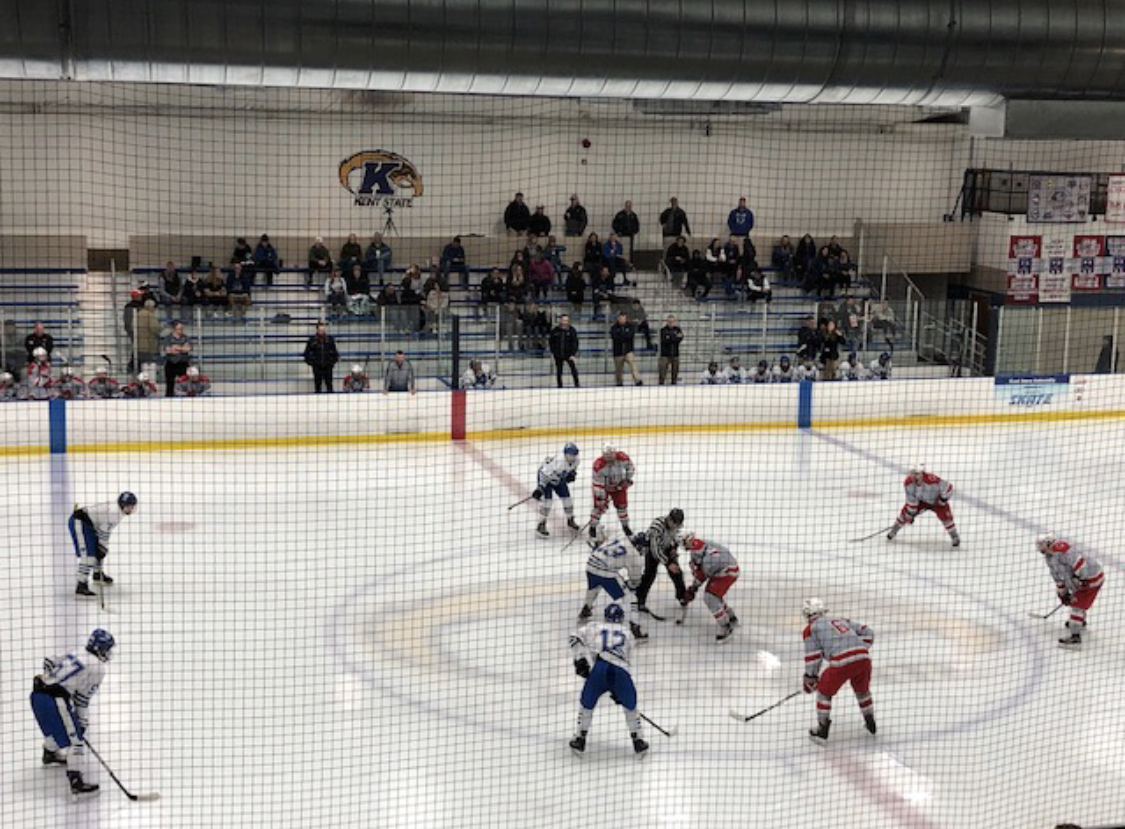 Redmen forward Robert Takacs (Robbie Gudin) opened the scoring 2:47 into the game after shooting one past Royals goalie JT Nichols.

Six minutes later, Parma made it 2-0 when senior forward Matt Piech (Matt Higginbotham, Adam Sandi) shot one off the back of Nichols that bounced into the net.

CVCA did not back down, however, as forward Stephen Griffith (Kadin Ballard) and defenseman Jack Perrotta responded with goals to even the score before the first intermission.

Parma quickly regained the lead 36 seconds into the 2nd period as Higginbotham (Piech, Sandi) netted his first of three goals. Senior forward David Basic (Gudin) made it 4-2 before things started to get chippy between the teams.

Royals defenseman Gabe Dearden drew a 2-minute minor for head contact, but the Redmen couldn’t capitalize on the power play. CVCA had a man advantage a few minutes later when Matt Piech was called for interference, but struggled to move the puck into their zone.

Takacs played strong defense on the kill and Higginbotham scored a short-handed goal to make it 5-2 heading into the 3rd period.

CVCA was able to tack on a short-handed goal of their own in the third period, as senior captain and NEOSI Player of the Week Christian Beckett (Dearden) snuck one past Parma tender Colin Pinson.

Pinson denied 32 of the 35 shots he faced, however, as the Redmen skated to a convincing 7-3 win. Gudin (Piech, Higginbotham) and Higginbotham (Gudin) scored in the 3rd period for Parma.

Higginbotham’s hat trick gives him 26 goals in league play, while Gudin’s playmaker gives him a division-leading 15 assists. Piech’s 3-point performance gives him 21 (8 G, 13 A) for the season, good for 10th overall in the Blue division.

Sandi’s 2 assists give him 9 on the season. With the win, the Parma (7-0-0) moves into first place in the Blue North division and are the last remaining undefeated team in the Blue division overall.

Royals goalie Nichols was busy between the pipes with 28 saves. CVCA (6-1-0) drops to second place in the division with the loss.

The two teams will meet again in Parma on January 26th. But first, Parma and CVCA will close out the weekend with league games this Sunday: