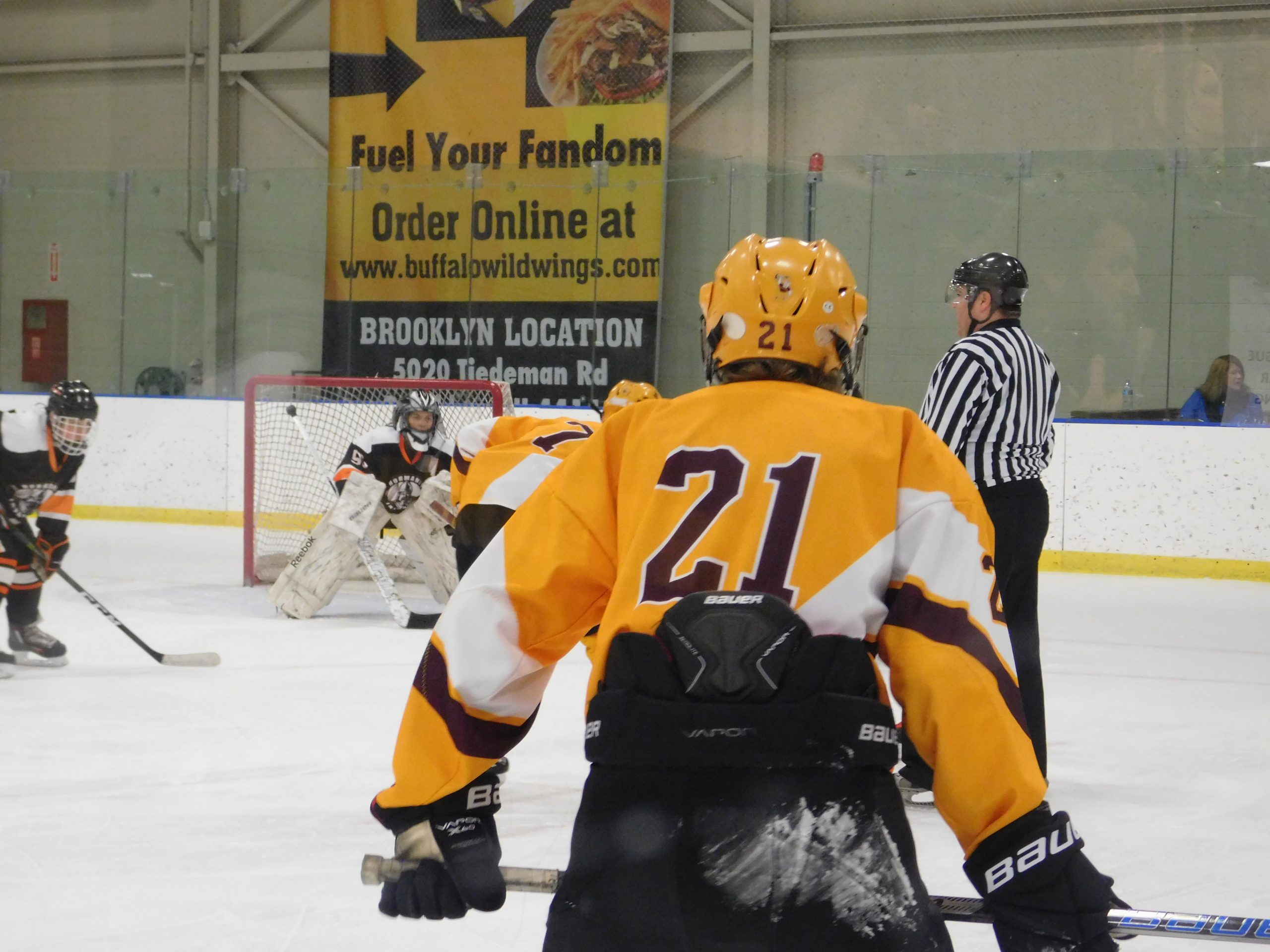 The Shoremen took on SWC rival in a non GCHSHL conference game to open the home schedule and came away with a 6-2 win. It took plenty of shots to finally break through the great goaltending by Lakewood, but the Avon Lake offense kept the pressure on all game.

After the first intermission, the pressure continued during the second with the Shoremen and junior Tommy Kacmarcik was able to finally get one on the board from fellow junior linemates Justin Share and Nick Ospelt. About 2 minutes later, Avon Lake took their first home lead of the season on a goal by sophomore Luke Farthing. The assists went to Ospelt and senior Hunter Hall. Lakewood fought back with a goal of their own, but Avon Lake answered to take the lead into the locker room on a power play goal by Ospelt from Share.

In the third, assistant captain Ospelt added his second goal (4th point) from Farthing who seems to have found a home after moving to defense this season. The next two goals both came from Tommy Kacmarcik who completed the first hat trick of the 2018-19 season. The first Kacmarcik goal of the third came from junior Colin Reynolds while the second was unassisted shorthanded after a nice forecheck.

Avon Lake is now 2-0-0 in the young season with 4 games over Thanksgiving weekend at Rocky River for the Tim Alexander Memorial Thanksgiving Hockey Tournament.