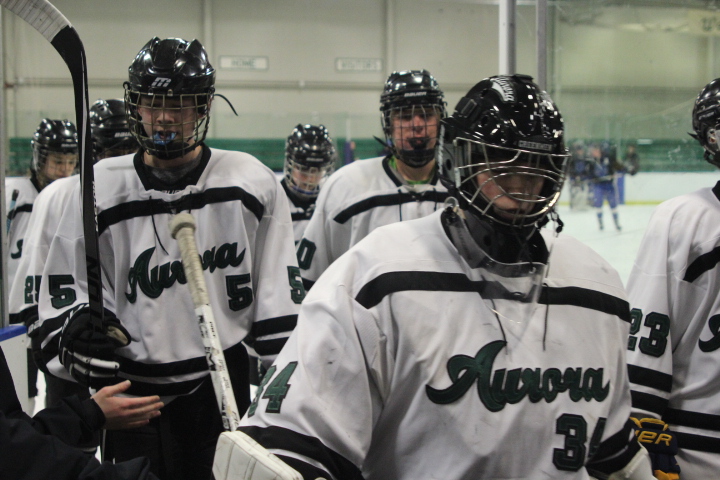 The Aurora Greenmen earned their most impressive won of the 2018-19 season on Sunday, topping the now previously unbeaten Parma Redmen 5-4 at The Pond.

Aurora, after leading the game 1-0 after one period, found themselves trailing down 3-1 before they rallied to outscore Parma 4-1 to win the contest.

Cameron Mullin got the scoring going, as he gave the Greenmen a 1-0 lead, the score they lead the game after one period.

Parma then went on a scoring spree, as they went up 3-1 scoring three times in the second period.

Nathan Funk then got the Greenmen back to 3-2 with a goal, before Parma scored again to end the second period up 4-2.

Mullin scored his second goal of the evening to make it a 4-3 game with eight minutes left to play.

Four minutes later Patrick Murray tied the game up at four apiece, and then forward Mike Mancine scored the game-winner with two minutes left to play.

Adam Sandi, Matt Piech, Robbie Gudin and Matt Higginbotham all collected goals for the Redmen in the setback.

Jordan Smith picked up the win in net for the Greenmen, stopping 34 of 38 shots in the win.

Colin Pinson saved 20 of 25 shots for the Redmen in the loss.

Parma will look to get back on track as they will play in Mentor against NDCL on Friday at 8:30pm.

Aurora will look to follow up their big win against Brecksville on Friday night at 8:50pm at The Pond.

We are back 5-4 Aurora 2 minutes to go. Mancine finds the net! pic.twitter.com/i4k1fRCFbb