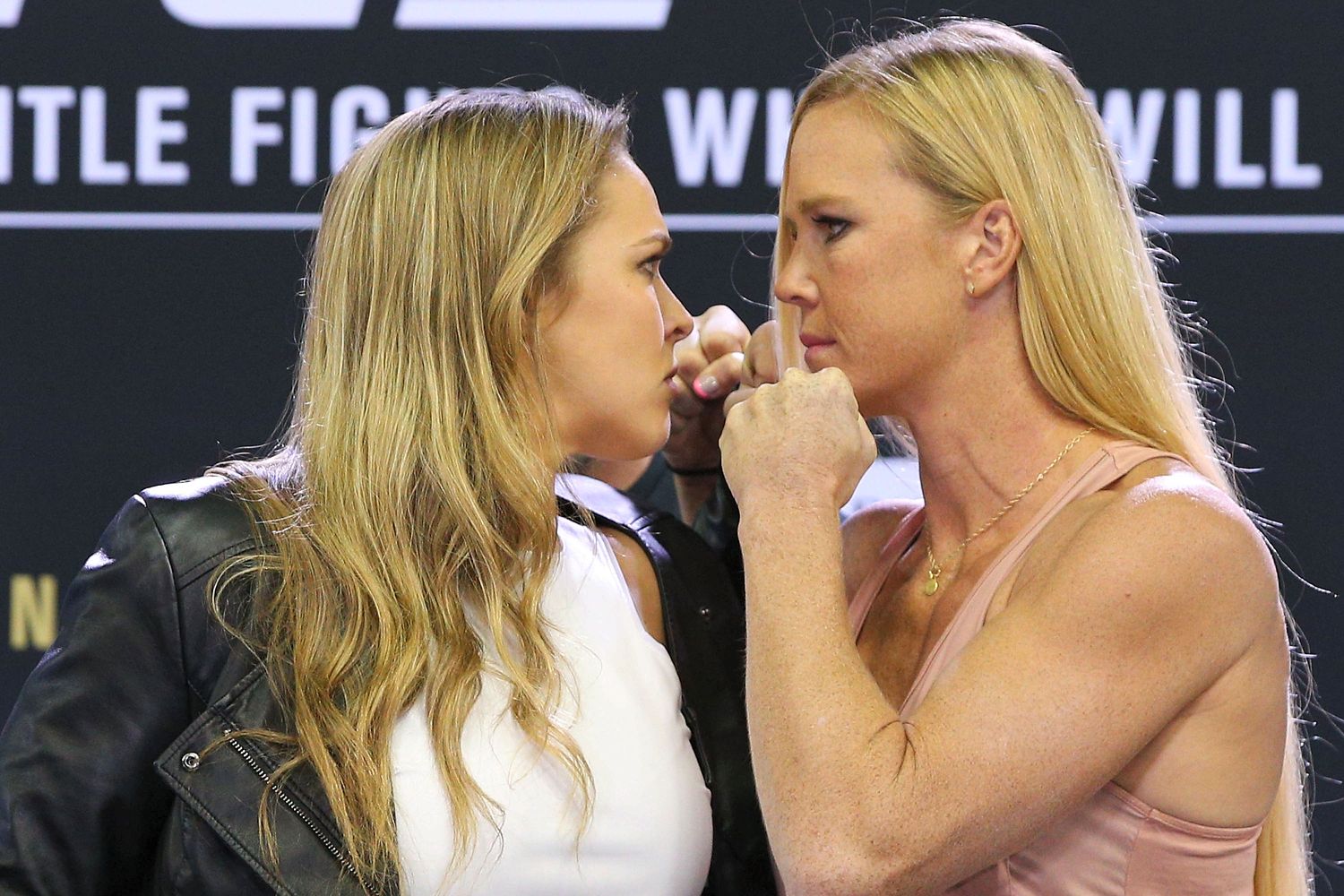 Call it the ‘Kick heard round the world’ as Saturday night UFC Women’s Champion Ronda Rousey was knocked out in what surely is the biggest upset in UFC history by challenger Holly Holm during UFC 193.

If you haven’t seen the video – here’s a :44 second clip which includes the knockout. The fight was stopped after Holm landed a vicious kick to the side of Rousey’s head and neck, basically knocking her out.

Reports say that Rousey was taken to the hospital following the defeat, the first in her time in UFC. 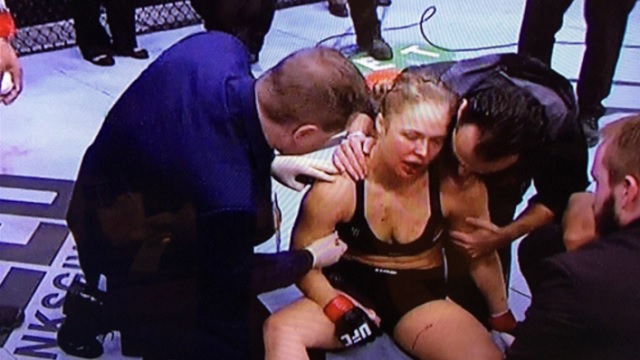