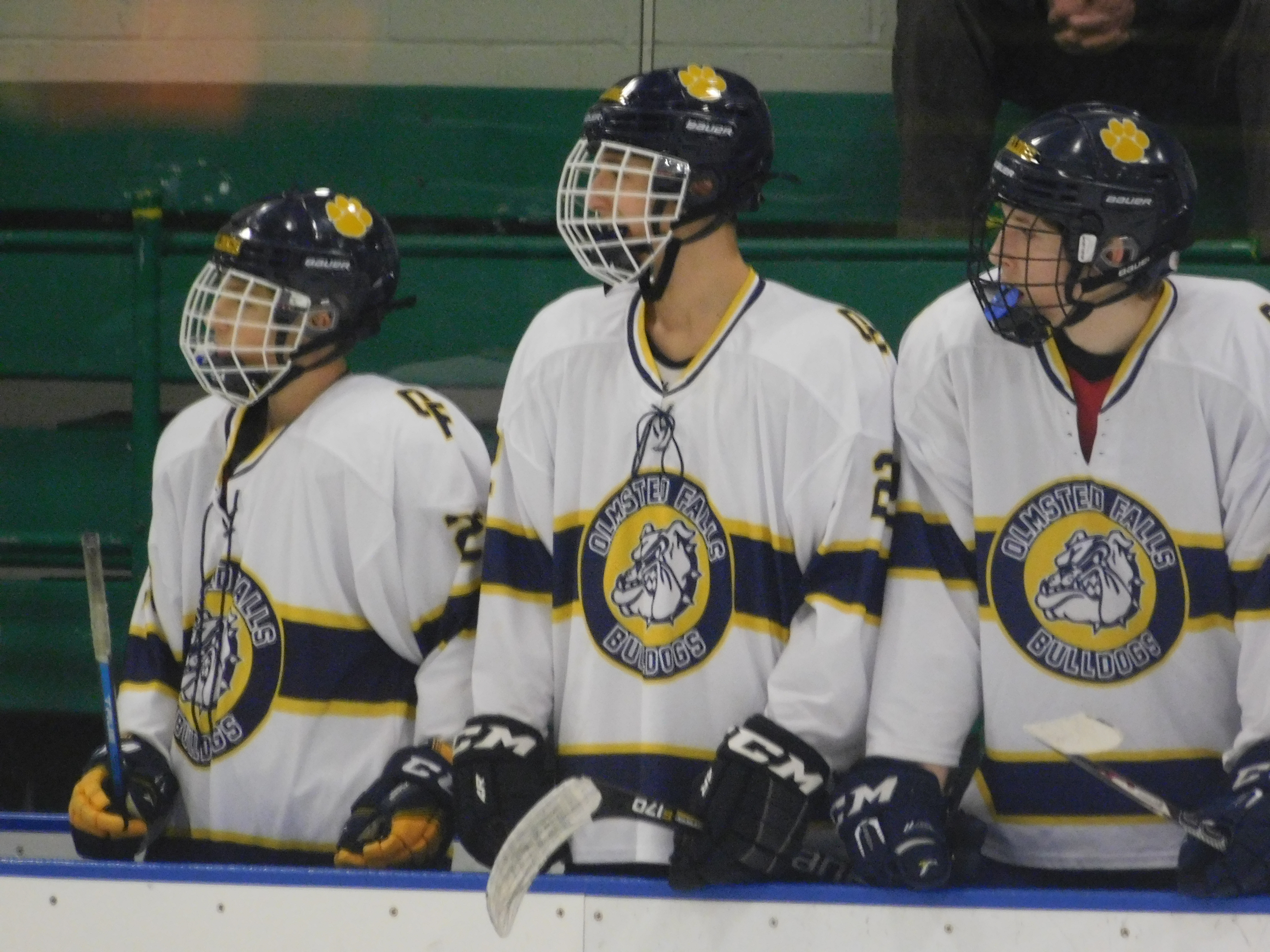 The Olmsted Falls Bulldogs will enter Baron Cup play on Tuesday on a high note, as they overcame a four-goal deficit Saturday to top the Bay Rockets 8-5.

The win means that Olmsted Falls wraps up the year at 9-1 in GCHSHL White Division play, and they also are going to enter Baron Cup play in Brooklyn Tuesday against Avon as the number two seed.

The Rockets on Saturday led the Bulldogs early 1-0, and 2-1 after the first period. They continued to build their lead, and went up 5-1 before the Bulldogs began their comeback.

The first goal to cut it to 5-2 was a penalty shot by Jacob Kerkay, and then he struck again later to make it 5-3, scoring on a power play goal with six minutes to play in the second period.

The Bulldogs got it to 5-4 on a goal from freshman Brady Fitzpatrick with an assist from Dominic Conte, which also was the score at the end of two.

Kerkay tied the game at five in the third as he scored again, this third goal of the day to even up the score with the Rockets.

With 7:19 left in the third the Bulldogs took the lead for good, as Fitzpatrick scored to complete the comeback and give Olmsted Falls the lead.

Zach Henley got in on the action for the Bulldogs to make it a 7-5 lead, and the scoring was completed as Conte came through with a short-handed goal to end the affair at 8-5.

The Bulldogs will wrap up the regular season on Sunday at 12:50 at OBM Arena as they will take on Strongsville.

The Rockets fall to 5-5 in White North play in the GCHSHL with the setback.