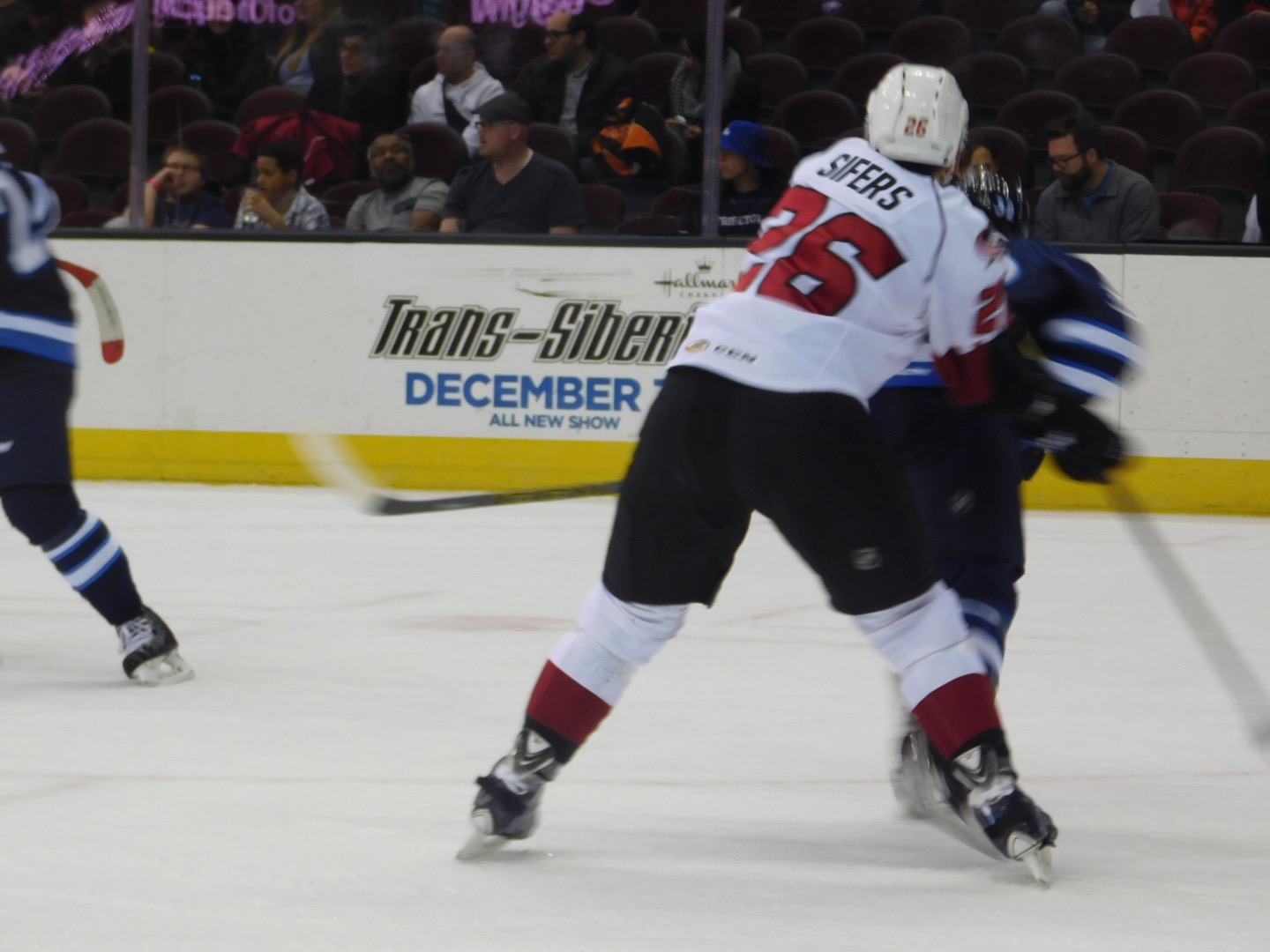 CLEVELAND – The Lake Erie Monsters defeated the Manitoba Moose 4-2 Wednesday night at Quicken Loans Arena, improving to 11-4-0-2 on the season. The Monsters remain unbeaten at home with the win, as they have yet to lose a game in regulation at the Q, with a record of 5-0-0-2 in the friendly confines.

LW Markus Hannikainen had one of his best night’s of the season, scoring two of the Monsters’ four goals on the night, increasing his season-total to five.

Goaltender Anton Forsberg continued his impressive season, allowing two goals on the night with 23 saves. Forsberg now owns a record of 7-2-0-0 on the season.

The Monsters and Moose will play again Friday night at the Q, the puck drops at 7 pm.

Photo Gallery: Monsters Back at Home Taking On the Manitoba Moose
Monsters March Past Moose 4-2 to for 11th Win of Season