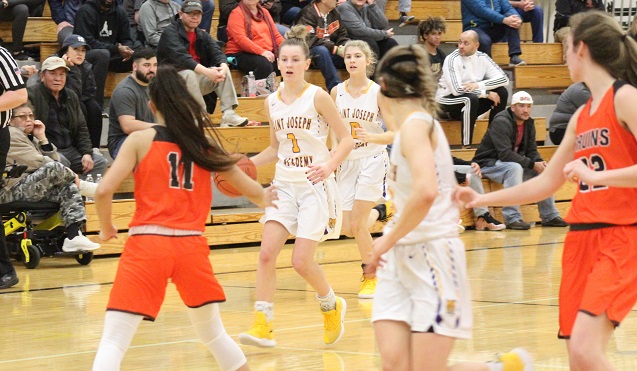 The Saint Joseph Academy Jaguars posted their seventh straight win on Saturday, but it wasn’t easy, as they were taken to overtime before finally overcoming the Padua Bruins 40-35.

Molly Neitzel led the way for the Jaguars with 21 points while guard Gabbie Schafer posted a team-high 12 rebounds.

Freshman Ava Haddad also added nine rebounds in the victory, which puts the Jaguars at 7-3 on the season and 4-1 in North Coast League play.

St. Joseph outscored the Bruins 7-2 in overtime after Bruins senior Alex Pillin sank a game tying layup with 2.5 seconds left in regulation to send the game into overtime.

The overtime saw the Jaguars convert on some key Padua turnovers to be able to pull away with the win.

The lady Bruins were led by junior Madison Miles with 13 points in the setback, which puts Padua at 3-8 on the season.

Saint Joseph Academy will travel to Hathaway Brown High School for a matchup on Wednesday at 7pm.