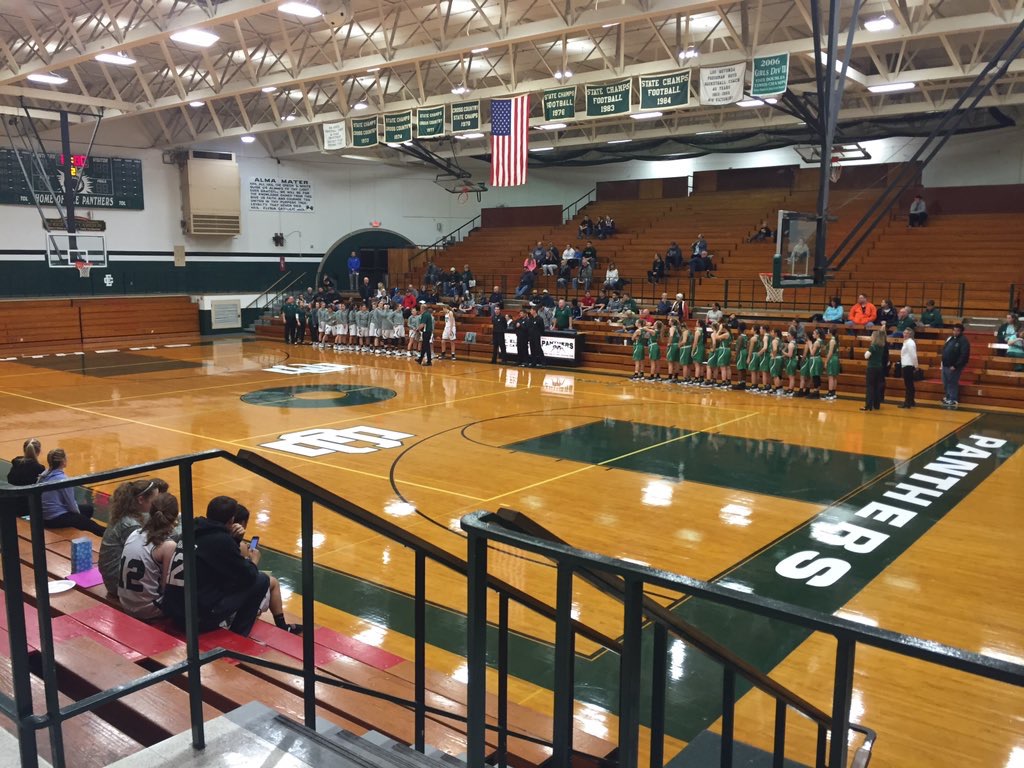 The unbeaten Elyria Catholic Panthers stayed strong and did not let the Holy Name Green Wave on a big run, coming away with a 56-47 win.

The two teams flexed their defensive muscles, as the first two possessions resulted in steals. The Green Wave scored the first points of the game off a three from Grace Riley.

After a few missed shots by both teams, the Panthers came back and scored their first points from Nora Hopkins to make the score 3-2. Elyria Catholic showed their fast-paced offense and phenomenal shooting as they went on a seven point run making the score 9-5.

The opening quarter proceeded to showcase the Panthers on top and the Green Wave trimming back to the lead. The last play of the quarter featured a buzzer beater three by junior, Molly Searles for the Green Wave to make the score 20-15 in favor of the Panthers.

The second quarter started with plenty of great defensive plays and turnovers by both teams with EC getting the first basket.

After stretching the lead to ten, Namers guard Colleen Wise had a miraculous lay in while getting fouled to turn the momentum to the Green Wave.

Holy Name then closed to the lead to three off of another lay in by Wise and a three from Riley.

The Panthers then went on a 8-0 run to stretch the lead to ten once again as that run was finished by a lay in from Riley. After a three from EC and a missed shot at the buzzer from Holy Name, the score going into halftime was 35-24 in favor of the Panthers.

After both teams made their halftime adjustments in the locker rooms, the game was ready to resume for the final sixteen minutes of the game.

The offenses for both teams flourished, as both teams continued to go back and forth to start the half. Throughout the whole quarter, the teams battled back and forth as the Panthers only let the Namers as close as eight points into their lead with the score being 45-37 going into the final quarter.

The fourth quarter started with Holy Name having a long posession of over a minute being patient and running their offense, as the Green Wave scored first off two back to back lay ups from Wise to close the lead to four points.

After a few free throws by the Panthers, the momentum shifted and the game was out of reach with the final score being 56-47 in favor of Elyria Catholic.

Leading the way in points for the Panthers (4-0) was Faith Williams tallying 19, followed by Sam Filiaggi scoring 13, and Nora Hopkins and Megan Scheibehut, both with 9 each.

For the Green Wave (2-1), Colleen Wise led the way with 16 points, followed by Grace Riley scoring 13, Molly Searles with 6 and Nicole Sabol and Courtney Jones both scoring 4 each.

Up next for the Green Wave will be another away game against the Normandy Invaders on Wednesday. On Wednesday, the Panthers will be up against Cleveland Central Catholic at home.