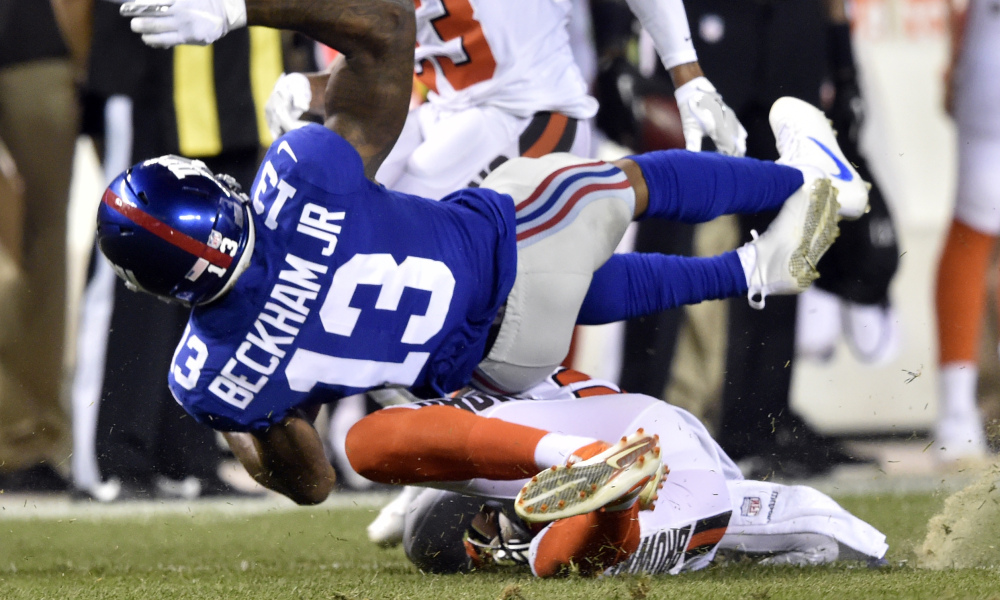 A couple of New York Giants players were not too happy about the hit Monday evening that took out star wide out Odell Beckham Jr., and spoke out slamming Browns fans who cheered the injury after the game.

Giants DT Damon Harrison spoke out, stating that Browns fans used poor judgement in booing Beckham when Briean Boddy-Calhoun went low and the wide out had to leave the game with a sprained ankle.

“You don’t ‘boo’ somebody when they get hurt,” Harrison said in a string of tweets. “Not cool Cleveland fans. Not cool at all. I know u guys were excited about winning but damn . . . I know y’all came to see him so come down to NJ if it’s that serious. U just don’t boo a injured player. Congrats on the win. Enjoy.”

Another Giants player who spoke out was Giants safety Landon Collins, stating that Boddy-Calhoun had plenty of time to decide not to go low on Beckham.

“The play wasn’t a penalty, but it’s something everyone knows . . . you don’t do,” Collins said. “He had about 30 seconds to make a play on the ball in the air. He could’ve made a play on the ball, could’ve hit him high, but he chose a different route. I can’t respect him.”

While the hit may have been deemed ‘dirty’ by some, the NFL said it was a legal hit, and it was the correct call that no penalty was called.

Beckham himself said after the game that he would be just fine.

Browns Defeat Giants 10-6; Three Takeaways From The Victory
Kizer Time: Browns Rookie QB to Get the Start in Third Preseason Game at Tampa