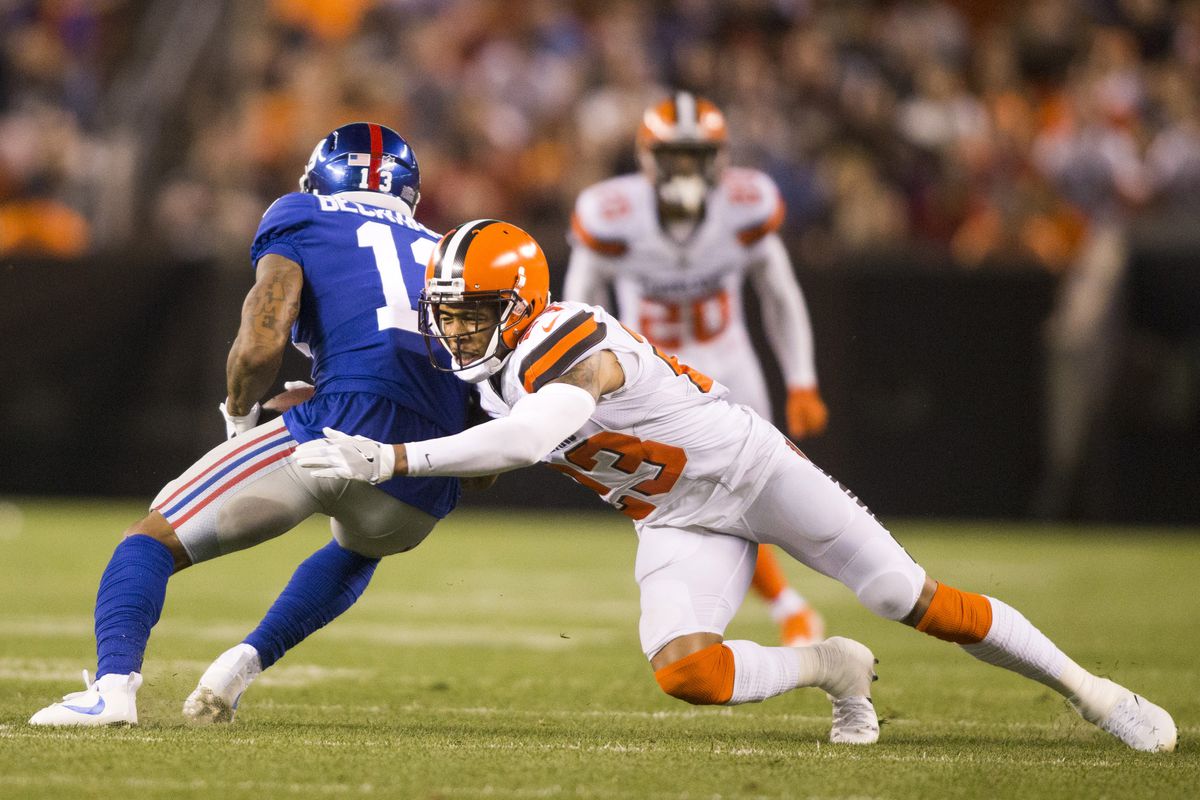 The Cleveland Browns defeated the New York Giants 10-6 at FirstEnergy Stadium to move to 2-0 in the preseason. There were some positive moments to build on as well as points in the game that weren’t so pretty.

Let’s talk about the win with our three takeaways from the game:

1. Boddy-Calhoun Leads Impressive Defensive Effort- Briean Boddy-Calhoun was often times referred to as a scrappy player last season. This year, he is looking to become more than that.

Boddy-Calhoun had three tackles and an interception to seal the game late in the fourth quarter, but the most-talked about play from Boddy-Calhoun was a hit laid on Giants star wide receiver Odell Beckham Jr. in the first quarter. The Browns cornerback went low and hit Beckham Jr. in the ankle, making him cringe in pain and immediately leave the field. Beckham Jr. would collapse heading to the locker room, sparking the debate on Twitter on whether or not Boddy-Calhoun’s hit was dirty. Dirty or not, Boddy-Calhoun has looked tremendous in the preseason so far and has had his fair share of big plays. Look for the young defensive back to make his way into an every-down player on defense.

2. Kizer Doesn’t Dazzle But Outshines Osweiler- With Joe Thomas and Joel Bitonio out, the Browns and Hue Jackson tried to grow closer to figuring out the team’s starting quarterback. After two weeks of action, it has been DeShone Kizer who has looked the part the most. After a comeback victory last week against the Saints, Kizer saw the first-team New York defense and was able to score the team’s only touchdown. Though neither one’s stats were enough to make a decision for Week One, the Notre Dame product has made enough of an impact to draw talks of him winning the job.

3. Running Backs Fighting Hard For Spots- With Isaiah Crowell out for the second straight game, the young running backs had an opportunity to stake their claim for playing time. While none of them had remarkable stat lines, they all showed flashes of excitement. Duke Johnson Jr. and Matthew Dayes both add explosiveness and with Johnson playing more slot, Dayes’ hard work might earn him some split time with Crowell.

Looking Ahead, Moran Gets Another; Motorsports News and Notes
Indians get fifth walk-off win of the year; three takeaways