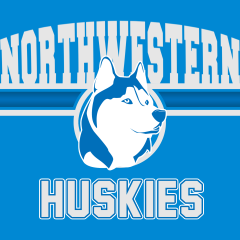 WEST SALEM, OHIO– Northwestern scored the first 10 points of the game and never looked back on their way to a 76-16 victory over Columbia on Saturday afternoon. The Lady Huskies had four double figure scorers and dominated all the statistics as they raised their record to 8-1; the Lady Raiders season mark drops to 5-5.

Coach Roy Woodring’s Northwestern squad dominated in rebounds 53-27 and committed only eight turnovers. They also shot 93 percent from the free throw line, missing just one of their 15 attempts.