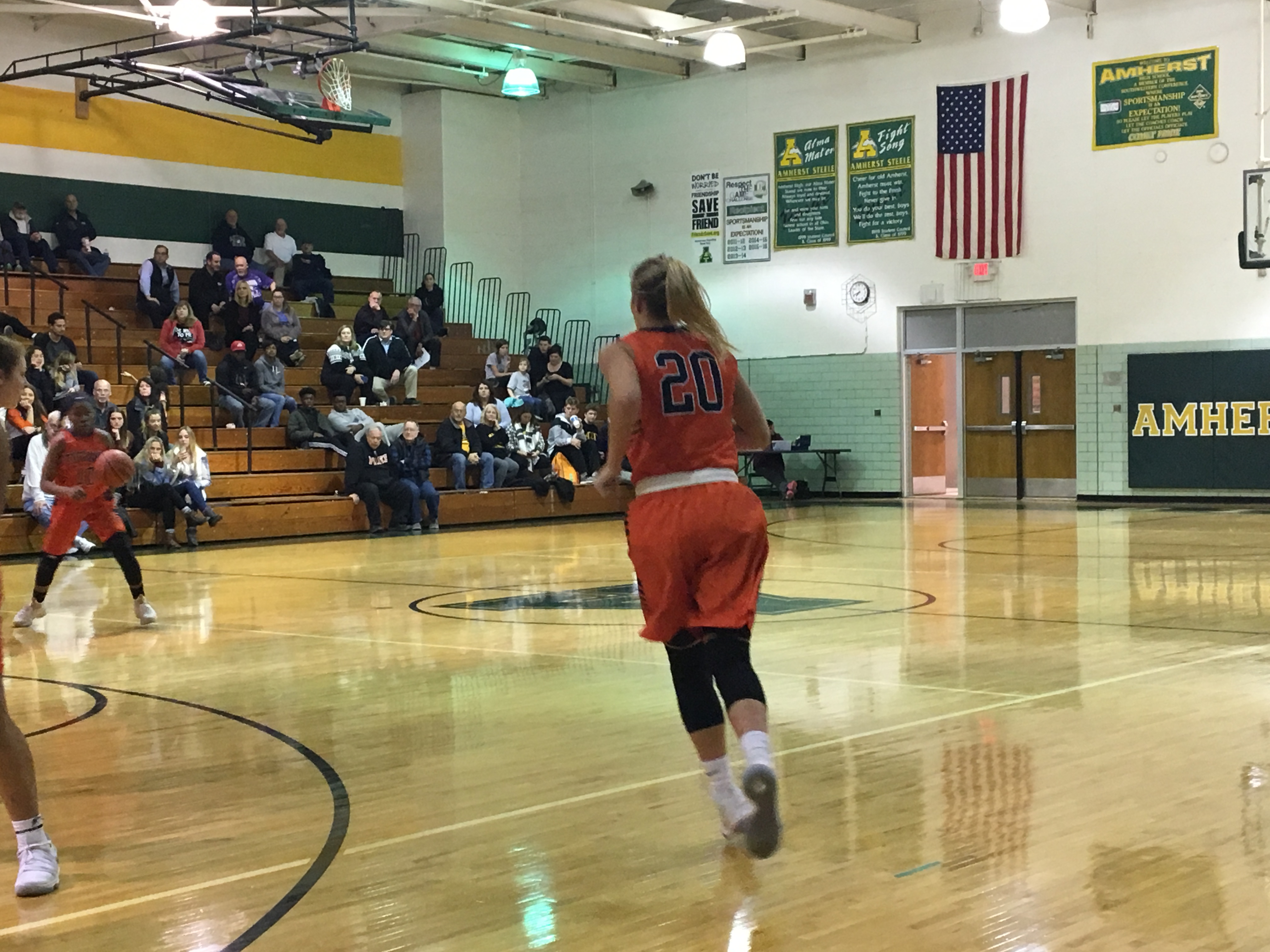 AMHERST, OHIO– The Berea-Midpark Titans used a suffocating full-court press and two of the top shooters in the Southwestern Conference to overtake the Amherst Comets on Wednesday night, 72-47.

From the opening tip, it was clear that the Titans were locked in defensively, using their press to force Amherst to cough up the ball early and often. From there, they let their defense fuel their offense. Two quick 3-pointers from senior Lexie Scarton got Berea-Midpark a quick 10-2 lead, forcing the Comets to burn a timeout early. That lead would eventually balloon to 15-2 after another Scarton bucket and a three from Sydney Lantow.

Scarton hit one more three in the quarter with 2:30 remaining, while senior point guard Jada Marone hit one of her own to make it 23-7 at the end of the first frame.

The Titans would hardly rest on their laurels when it came to their lead, however. Scarton hit her fourth three of the night to begin the second quarter, while Marone continued to facilitate the offense and find open teammates. By the time the halftime buzzer sounded, the Titans had a 40-21 lead and had made eight 3-pointers. A large part of that was due to Marone’s leadership on both ends of the floor.

“She’s a great leader,” Titans head coach Kevin Braaten said of the Southeastern Louisiana commit. “Not only can she score, but she gets other people involved and she’s great defensively, so she’s really a three-tool player. I don’t think there’s a better point guard around.”

Scarton got things going again in the third quarter with a quick bucket. After a three from Amherst’s Kamryn Dziak to make the score 44-24, the Titans went on a quick 10-0 run t0 go up by a staggering 30 points. Marone continued running both the press and the offense, and scored seven of her points in the third frame to give the Titans a 56-31 lead heading into the final eight minutes.

Marone and Scarton scored a combined nine points for the Titans in the final frame before both teams emptied their benches for the final minutes of the game as the Titans walked away victorious.

Scarton led all scorers with 27 points on the back of four 3-pointers. Marone contributed 20 to round out Titans players in double-figures.

According to Braaten, coming into Wednesday night, Scarton, a Walsh University commit, had been struggling with her shot. You wouldn’t know that from her performance.

“When Lexie’s feeling it, we’re usually a great basketball team,” he said. “She was struggling going into the game tonight and had probably the best game of her career, so we’re really happy for her.”

Dziak led the Comets with a team-high 12 points. Amaya Staton recorded 11 points while Faith Lewis had 10.

The Titans also won the rebounding battle, 34-28. Ultimately, however, the Berea-Midpark press proved to be the difference in the game as the Comets couldn’t get into any kind of offensive groove. Amherst turned the ball over 24 times, compared to 15 times for the Titans.

“That’s kind of our identity, we like to press,” Braaten said. “Our goal is to force 20 turnovers every game so it’s good to hear we got 24, but that’s kind of what we work on the most in practice and what we really focus on.”