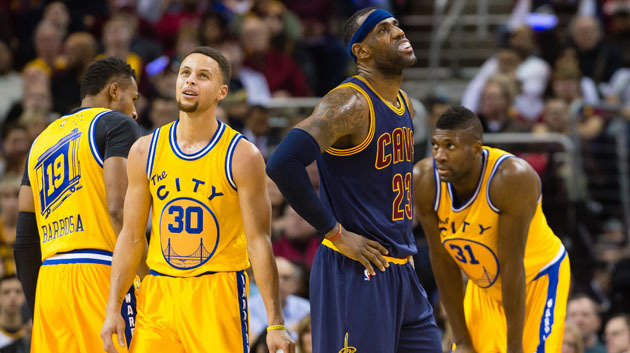 It’s not official as of yet, but it looks a lot like the Cavs and Warriors are going to be doing battle a third straight season in the NBA Finals – starting next Thursday in Oakland.

There’s going to be plenty of predictions about who is going to win the series, but already there’s one prediction that is making waves, that being earlier today when Jason McIntyre from Fox Sports went on “The Heard” with Colin Cowherd and claimed the Warriors would win four straight over the Cavs.

"The Warriors are going to sweep the Cleveland Cavaliers." — @jasonrmcintyre pic.twitter.com/9PO74xxbxX