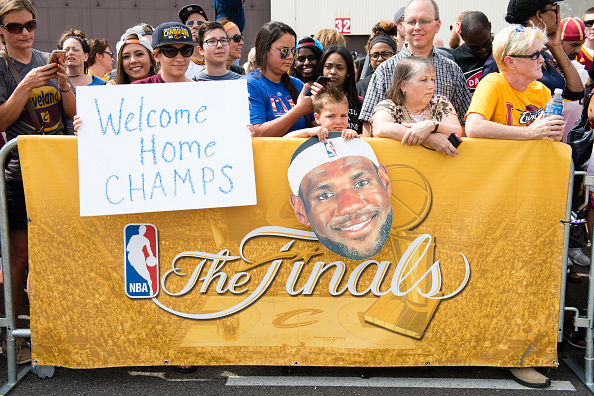 The Cavs are closing in on a ceremony that the city of Cleveland waited over five decades for, as the team will officially get their championship rings and the banner on last seasons’ NBA Title will be unveiled at the opener at Quicken Loans Arena on October 25th against the New York Knicks.

Today Cavs forward Richard Jefferson gave a little sneak peek of the ring that just about everyone is dying to get a look at, sending out via Snapchat a picture of the ring.

I’m sure there will be replicas sold all over the place – but even that would be yet another great keepsake for Cavs fans who are still celebrating the events of June with the seven game win over the Warriors for their first NBA Title.

Video: LeBron Does Play-By-Play and Commentary of His Sons Playing 1-On-1
Cavaliers Guard Iman Shumpert Arrested on Suspicion of DUI