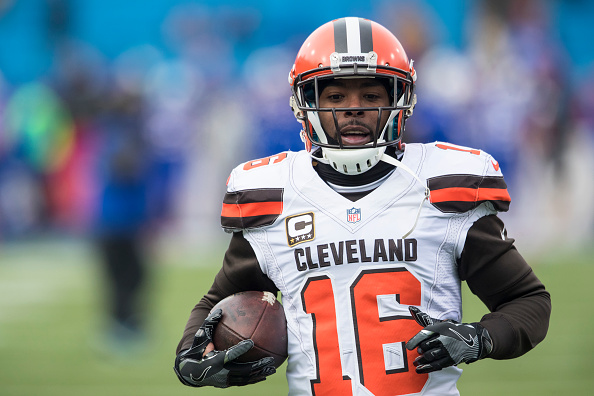 It was a tough day to see veteran wide out Andrew Hawkins released from the Browns, but as has been noted, it was a mutual decision as the sides have been talking about the release so Hawkins can go after a title.

The Browns and Andrew Hawkins have talked the last few weeks. He made the hard call to ask for his release. Wants to chase a championship.

Hawkins played in 16 games for the Browns in 2016, starting five. He had three touchdown grabs, and 324 yards receiving. In his 3 seasons with the Browns he had 1424 yards with five touchdowns.

He put out a video early Monday talking about his release.

"As of today, I am officially a former Cleveland Brown." — @hawk pic.twitter.com/b0iGEv0lmL

He also got into a little back and forth with current Browns tackle Joe Thomas, as the veteran lineman shared some love for Hawkins after it was announced he was not gone from the team.

.@hawk, sad 2 see you go, but know you have big things ahead! You embodied the essence of hard work, determination, and being a team player!

I learned so much from you, and thank you for everything from the bottom of my heart. Good luck with your next opportunity!!

Hawkins gave the love right back (in a joking manner) to Thomas.

Phhewww!! After the Justin Gilbert rip session, I was nervous for your twitter reaction. Lol Luv you bro! True Gem! Gonna miss you man! https://t.co/1k2vhVTqO9