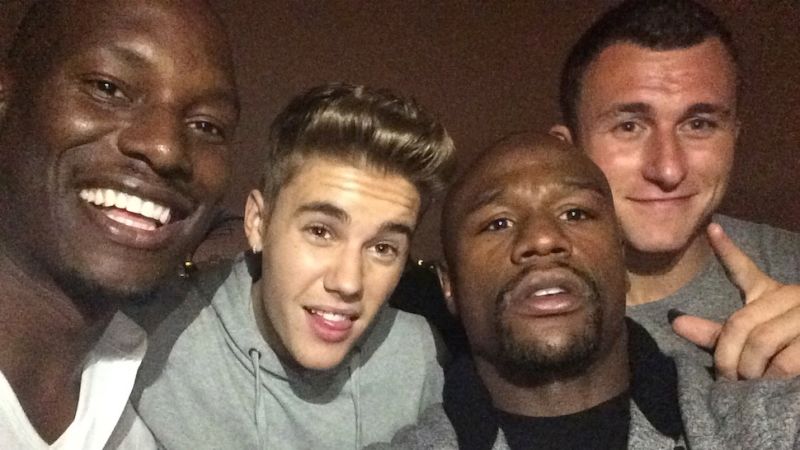 Having an official indictment handed down didn’t do much to stop former Browns quarterback Johnny Manziel from being in the spotlight, as Tuesday night he was part of ‘Bieber Fever’ at Quicken Loans Arena as part of the Justin Bieber concert.

Manziel, along with about 17,000 screaming kids, took in the event at the sold out arena. Browns cornerback Joe Haden was also on hand for the show, which was in question after the Cavs had a if necessary game five set for the arena should they have failed to ahve swept the Pistons.

On Tuesday Manziel was indicted by a Dallas County court after he allegedly hit his ex-girlfriend Colleen Crowley so hard that she temporarily lost hearing in one ear.

The former Browns quarterback was also in the news recently after he and his friends reportedly trashed a rented home in Los Angeles, causing over $30,000 in damage.