Flashback: Browns-Bears Waged a Memorable Battle in 2001 In Chicago 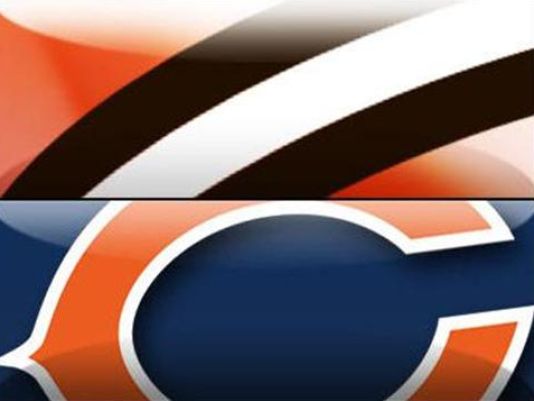 CLEVELAND – With the fourth and final preseason game upon us tonight in Chicago, it’s time to put the preseason to rest, and start to look ahead to 10 days from now when the Browns will open the 2015 regular season on the road against the New York Jets.

Before the Browns and the fan base start to look ahead through, there’s a final tune-up in the Windy City, which leads us back to a memorable game some 14 years ago at the same site as the Browns and Bears took the field in a big November matchup in the 2001 season.

The Browns came in at 4-2 after an impressive 24-14 win over the Baltimore Ravens at home on October 21st, and and then a bye week to enjoy being two games over .500.

Butch Davis was at the helm for the Browns, and Tim Couch was showing some of the signs that made him the first overall pick of the Browns as the franchise came back in the NFL two years before in 1999.

As for the Bears, they were coached that season by Dick Jauron, who oddly enough some 10 years later would wind up in Cleveland as the Browns defensive coordinator.

With Jim Miller at quarterback and an unknown running back named Anthony Thomas (1183 yards and 7 touchdowns), the Bears started the year red hot with a 5-1 record.

Miller was out for this matchup with the Browns, as Chicago went with Shane Matthews, their backup QB.

Make no mistake, they were led by their defense, who the week before overcame a slow start at home trailing at one point 28-9, and somehow managed to pull out an improbable 37-31 overtime win when safety Mike Brown returned a pick in the OT for a score.

Remember that part of the story.

The Browns came out in this matchup with the Bears motivated and focused, and just 55 seconds into the game Courtney Brown (remember him) took back a fumble 25 yards for a score to give the Browns a 7-0 lead.

After the Bears tied it at 7 on a Thomas TD run, the Browns scored twice in the third quarter to build a 21-7 lead. Fullback Mike Sellers went in from a yard out, and Kevin Johnson pulled in a 55-yard TD pass from Couch to give the Browns a two TD edge.

Johnson’s TD came when Mike Brown tipped the Couch pass, and the wide out pulled it in and went the distance, much to the disbelief of the Bear faithful.

The score stayed that way until the final minute, as Matthews marched the Bears 80 yards in 8 plays in 1:24 to make it a 21-14 game on a TD pass to wide out Marty Booker.

With just 24 seconds left the Bears pulled off a perfect onside kick, recovered by backup linebacker Bobbie Howard, who one-armed it in and gave the Bears life on the Cleveland 47-yard line.

After a 4-yard and a 9-yard pass to the 34 to put the clock to 8 seconds, Matthews wound up a Hail Mary, and wide out David Terrell tipped the pass, and running back James Allen made a diving catch for the score to miraculously tie the score at 21 with no time remaining after the extra point.

The Browns sideline was stunned at the turn of events, but the night was about to get worse for the orange and brown.

Chicago got the kickoff to start overtime, but were forced to punt after reaching their own 40. Brad Maynard hit a solid punt to put the Browns at their own 12-yard line.

Couch hit Johnson with a 16-yard pass, but was then sacked by Roosevelt Colvin to drop the Browns to their own 23.

Couch looked to throw a pass to his right, and DE Bryan Robinson batted the ball in the air, and there was safety Mike Brown – for the second straight week, to pull in the pick and run untouched in the end zone to give Chicago the comeback win.

“I didn’t see the flight of the ball and I didn’t know it was tipped for a second,” Couch said after the game.

“I just looked up and it seemed the ball was up in the air forever. Then I looked up and Brown is running into the end zone, just like last week.”

The aftermath of the loss was even worse for the Browns, who with the loss dropped to 4-3.

The following week at home they lost to the Steelers 15-12 in overtime, and after wins against the Bengals and Ravens to get to 6-4, the bottom dropped out.

The team dropped four straight to put them at 6-8, and finished the season at 7-9.

A win over the Bears may not have saved their season, but it was yet another ‘what if’ in the history of a team that had plenty of potential.

Why Josh McCown is not Good Enough to Start at QB for the Cleveland Browns
Dwayne Bowe Not A Lock To Make Browns Final Roster?