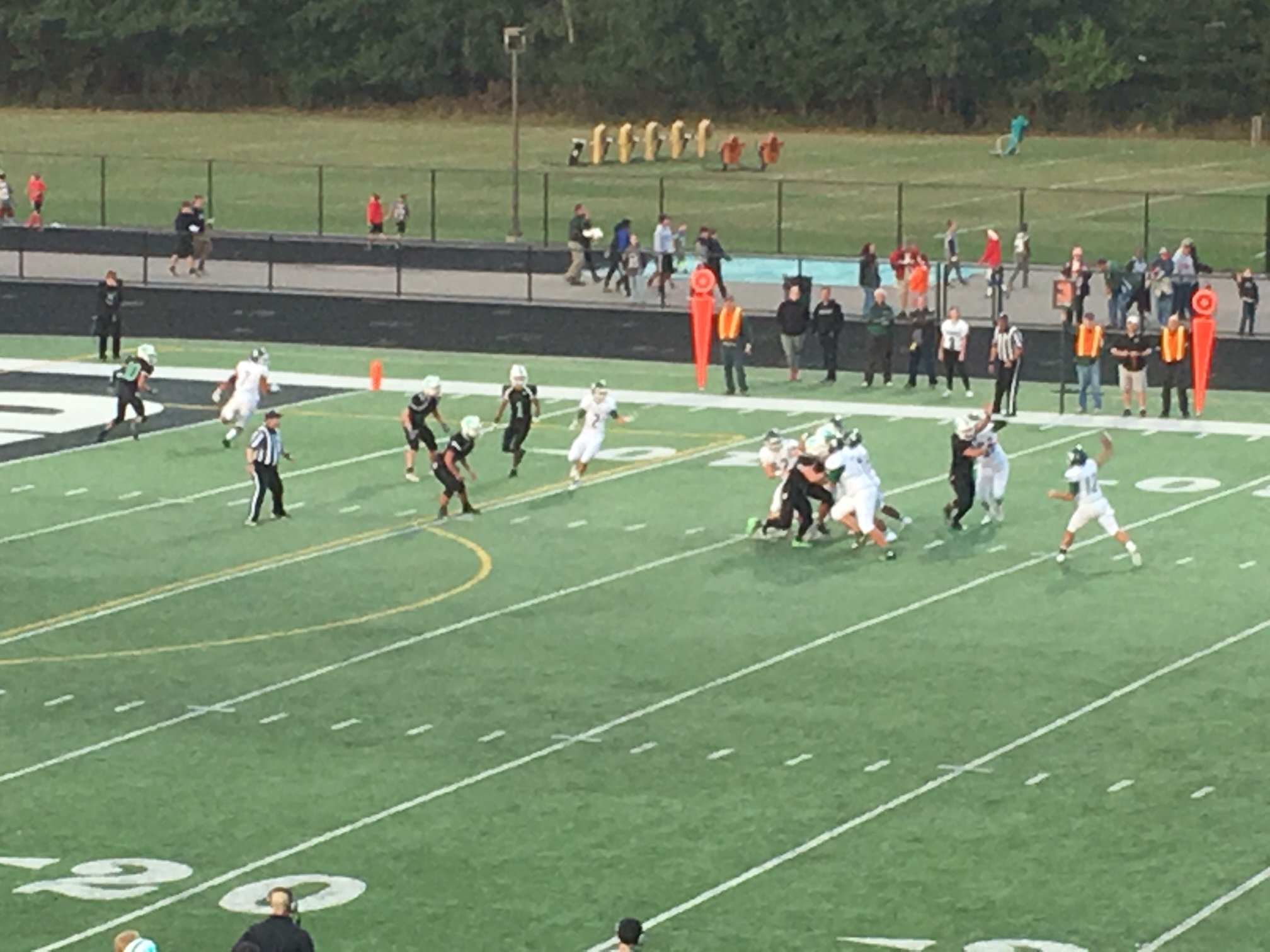 MAYFIELD, OHIO– Nordonia entered their locker room at halftime with a one-point lead over the Mayfield Wildcats, but would be outscored 35-7 in the final two quarters, leading to a 51-24 route.

As the rain started to pour down over Wildcats Field in Mayfield during the fourth quarter, the crowds started to clear out. But, it was not the weather that emptied the seats. Rather, Mayfield had just broken the score wide open after a back and forth first half.

Nordonia picked up right where they left off last week, lighting up the Mayfield defense on their first drive and capping things off with a Jordan Jones nine-yard reception from junior quarterback Robby Levak.

Coming off a 355-yard performance, Levak followed up with 298 yards Friday night on 19 completions. He continued to show off his cannon arm on such impressive plays as a flawless 40-yard deep ball to Brendan O’Donnell, and a couple more touchdown throws on intermediate passes to Donnie Wizniak and O’Donnell.

Unfortunately, while the high-flying Knight offense is most certainly Nordonia’s strong suit, it was also their kryptonite on Friday night.

After a shaky start to the game, Mayfield’s defense stepped up in a big way, forcing several turnover-on-downs for the Knight offense and gaining momentum for the Wildcat offense to capitalize.

Senior wide receiver and defensive back Bobby Casey made plays on both ends, once picking off Levak, while also hauling in two passes, both for touchdowns, including a beautiful 32-yard grab over the middle from senior dual threat QB Jake Dostal to answer Nordonia’s first score.

Despite entering the second half with a one-point deficit, Mayfield took off in a big way. Tail back Joshua Appling managed two second half scoring runs, including a 56-yard sprint to seal the deal. Appling, a junior, tallied 131 yards on 20 carries.

Currently sitting at 2-1, Mayfield enters division play against Brush next Friday, Sept. 15, while Nordonia, still winless (0-3), looks to take their explosive offense back home to host Wadsworth at the same time.