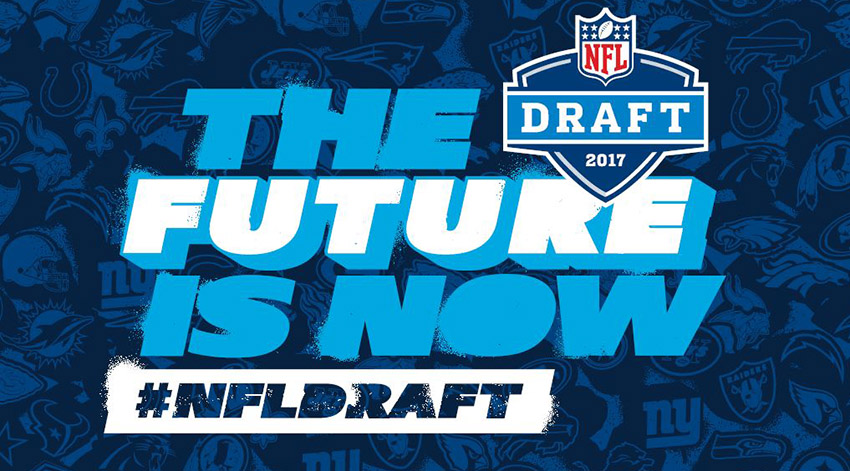 2.) San Francisco 49ers- Solomon Thomas DE Stanford
I’m a big fan of Solomon Thomas. If you need to watch any game of his watch the bowl game against North Carolina. I watched it to see Mitch Trubisky and all I ended up watching was Thomas destroy the entire offensive line. The 49ers are moving back to a 4-3 defense where Thomas is a fit on the outside for early downs and can move inside for pass rushing 3rd down situations. The battle between Garrett and Thomas reminds me of Clowney versus Mack and I can see either being among the most disruptive pass rushers in the NFL in 2-3 years.
Previous: Solomon Thomas DE Stanford

3.) Chicago Bears- Jamal Adams S LSU
I think Allen begins to drop with concerns about his shoulder and there are a lot of secondary guys that have helped their stock so much that they can go in rare territory for the position. I’ve seen a lot of Lattimore here recently but I would take my chances on Adams being the best of the bunch.
Previous: Jonathan Allen DE Alabama

5.) *Trade Cleveland Browns- Mitchell Trubisky QB North Carolina
I’m predicting the Browns will give up some of their surplus picks and move up in order to get their guy if they are worried about the Jets taking one at six. All signs seem to point towards Trubisky being that QB and the Browns get the top player and top QB in this draft. Ideally they would sit at 12 and get him but the Draft is so unpredictable.
Previous: Mike Williams WR Clemson

6.) New York Jets- Marshon Lattimore CB Ohio State
With Trubisky off the board the pick of going secondary just became a whole lot easier for New York. They need a corner bad and Lattimore is the top corner with Jones suffering an Achilles injury.
Previous: Jamal Adams S LSU

8.) Carolina Panthers- Christian McCaffrey RB Stanford
The Panthers get a little bit of a luxury pick here and McCaffrey would seem to be a nice compliment to Stewart. Stewart is getting older and is a more traditional runner while they can put McCaffrey in space and use him in other roles and possibly have both on the field at the same time. He’s a special talent that can climb on draft day although eight might be a little high.
Previous: Marshon Lattimore CB Ohio State

9.) Cincinnati Bengals- Derek Barnett DE Tennessee
I think Foster might begin to start slipping down some draft boards and the Bengals do have a big need to add another pass rusher on the edge. Barnett would give them that presence after the top two edge rushers are gone.
Previous: Reuben Foster LB Alabama

10.) Buffalo Bills- Corey Davis WR Western Michigan
The Bills have their choice of all the offensive playmakers left at receiver or TE to choose from. They could really have their selection and while I want to put Howard here and I think Williams is the better receiver, I feel like the pros feel that Davis will be the best WR so he goes back to this spot.
Previous: Mike Williams WR Clemson

11.) New Orleans Saints- Reuben Foster LB Alabama
The Saints miss out on getting one of the top pass rushers towards the top of the draft but the draft is also deep and there are plenty of other great defensive players still left. Reuben Foster remains the best one still on the board.
Previous: Derek Barnett DE Tennessee

12.) *Trade Tennessee Titans- OJ Howard TE Alabama
I’m still keeping the Tennessee to Cleveland trade from my last mock but I think the Titans change up the direction a little bit and instead of going with a WR take the best option in OJ Howard and form a very dynamic duo at TE.
Previous: Corey Davis WR Western Michigan

13.) Arizona Cardinals- Pat Mahomes QB Texas Tech
I’ve had the Cardinals finding their replacement here with Watson for a while but it seems like Maholmes has been generating a lot of steam lately. He has that cannon for an arm which could be the compliment that their speedy WRs John Brown and JJ Nelson need.
Previous: Deshaun Watson QB Clemson

14.) Philadelphia Eagles- Marlon Humphrey CB Alabama
I’ve had Conley going here lately but new rape allegations right before the draft is going to drop the stock some. The next corner up would be Marlon Humphrey from Alabama to try and shut down Beckham, Pryor, and Bryant.
Previous: Gareon Conley CB Ohio State

15.) Indianapolis Colts- Jonathan Allen DT Alabama
It is hard to imagine Allen slipping this far but if he makes it past the top five there are not a lot of teams that need help on the interior defense in the next ten. The Colts need any and all help on defense so they won’t hesitate taking one of the top lineman in the draft and the run on Alabama players continues.
Previous: Jonathan Allen DT Alabama

16.) Baltimore Ravens- Mike Williams WR Clemson
Ozzie Newsome does it again and sits back in the Draft and gets the top WR on my board to fall to him at 16. The Ravens need a WR with all the pass rushers gone at this point and would have no complaints with Williams here.
Previous: OJ Howard TE Alabama

18.) Tennessee Titans- Gareon Conley CB Ohio State
The charges may only drop him one cornerback slot because he has more talent than the rest of the position. The Titans could use one more cornerback to shore up the secondary.
Previous: Marlon Humphrey CB Alabama

20.) *Trade Houston Texans- Deshaun Watson QB Clemson
In my second trade of this mock, the Texans move up five spots to grab their QB. With two already gone, they need to get ahead of the Giants who may be looking to grab a future signal caller. With the plan of moving Osweiler to clear cap for Romo backfiring in their face, they need to ensure they get somebody.
Previous: Pat Maholmes QB Texas Tech

22.) Miami Dolphins- Forrest Lamp G Western Kentucky
I had the Dolphins going TE in the past but they have more pressing needs at LB or OG that can’t be ignored any longer. The Dolphins go with the safer pick and put Lamp at guard while moving Tunsil out to tackle.
Previous: David Njoku TE Miami

24.) Oakland Raiders- Jarrad Davis LB Florida
The Raiders have two big needs at ILB or CB. I keep flip flopping between King the corner and Davis at LB. Ultimately I think Davis might be rising up more on boards and is the bigger need.
Previous: Kevin King CB Washington

26.) *Trade Chicago Bears- Deshone Kizer QB Notre Dame
Teams are going to want to get a fifth year option on a QB and with Glennon there for a few years, they can develop Kizer who has maybe the highest potential but needs work. He can sit for a couple of years and learn and they can pick up that option year to get more time and only cost themselves a pick to get ahead of Kansas City. Seattle never keeps their pick in the first anyways.
Previous: Cam Robinson OT Alabama

28.) Dallas Cowboys- Charles Harris DE Missouri
Dallas needs to find a pass rusher that can pass drug tests and put some pressure on the QB. The offense now looks solid and set for years so the quicker they upgrade the defense the quicker they can win a Super Bowl.
Previous: John Ross WR Washington

30.) Pittsburgh Steelers- Jabrill Peppers S Michigan
Pittsburgh may fall in love with the versatile skill set that Peppers can offer. The secondary has been an Achilles heel for a little bit now for them and he can be a Polamalu type player in the backend of the defense.
Previous: Takkarist McKinley OLB UCLA

31.) Atlanta Falcons- Jordan Willis DE Kansas State
The Falcons have a chance to add another young pass rusher to go with Vic Beasley and it would be hard to pass up one of these young edge guys like Willis.
Previous: Charles Harris DE Missouri

32.) New Orleans Saints- Tre’Davious White CB LSU
I last had the Bears trading up to here but now that I have them leaping up to Seattle’s pick the Saints will look to fix the defense still. They got Foster with the first pick so look for a pass rusher or corner here. There are still plenty of good corners so they end up taking one from their back yard in White from LSU.
Previous: Deshone Kizer QB Notre Dame